Part Band of Brothers and part Saving Private Ryan, Finnegan Found by John N. Powers tells the story of men from a war we seem determined to forget. Their story has long been ignored, hidden in the darkness. 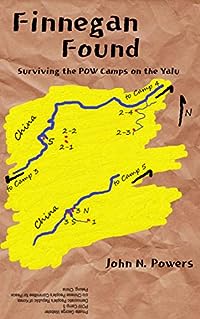 Finnegan Found: Surviving the POW Camps on the Yalu
by John N. Powers

Finnegan Found tells the story of those men who found themselves fighting an enemy never before encountered by American soldiers. Young Swede Larson decides they might kill him, but they will not defeat him. He convinces some of his fellow prisoners-of-war they must become a secret army within the camps. Vowing to never give in to the demands of the Chinese, they fight to survive and go home with their honor intact. This novel will take you into the POW camps of the Korean War, into the minds of the prisoners and captors alike. In the end you will know the story so long ignored. In the end you will come to recognize and respect the sacrifices of the men from those camps on the Yalu.