Faster Than An Elf On Butter

I am getting that feeling again. the feeling that I have completed the garden and it is good for Spring & Summer. We all know that’s a lie. Something will need to be completely dug up and redesigned. The reason… cuzzzz. I can’t even get a straight answer out of myself. Seriously! Today I will plant this years loofah, and I will also be picking up a few tomato plants that my friend had started from seed. I am very excited about those guys. I haven’t grown tomatoes in a few years, and this year I am going to try and trellis them. I also need to refresh the path with new bark, as well as…. Wait a second. I am nowhere near ready for Spring & Summer. Hmm… well that was a shorter trip than usual to reality. That’s convenient. 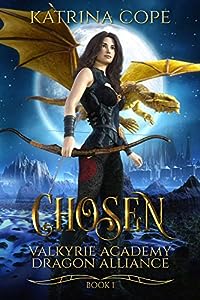 Wingless Valkyries are useless to the future of Asgard-that’s what is drilled into them at Valkyrie Academy. Determined to break the mold and help reap warriors for Valhalla, Kara breaks the rules and finds herself in the most dangerous position yet-facing the wrath of Mistress Sigrun and Odin.

Or that is what she thinks until she realizes a dragon is stalking her. 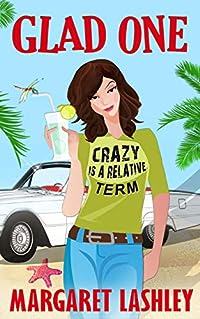 After being duped out of her life savings in Germany, Val Fremden retreats home to Florida with more than just her pride in tatters. Broke, jobless, divorced, and forty-five, she knows starting over won’t be easy. But when her only friend suddenly turns up dead, Val begins to wonder if the world is out to get her.

Maybe it is…
The sugar-white sands of Sunset Beach attract weirdos like mosquitoes to a bug zapper. So when the will of Val’s friend makes the local newspaper, lunatics and con artists stumble from their beach shacks scuffling for a piece of the leftover pie.

Determined to find her friend’s true heir, Val reluctantly turns to three crackpots for help — a drunk, a redneck, and a snarky beach bum. Working at odds with each other, their bumbling investigation attracts the attention of a hot cop. He quickly gets into the fray and under Val’s skin. Whether it’s in a good way or bad only time will tell…
Love your mysteries with a side of snide? Get set for a heaping helping of Southern-fried screwball action in this hilarious accidental thriller! Grab your copy now!

If you love funny, twisty mysteries that put gaffs over gore and laughs over legalese, the Val Fremden Mystery Series is for you! Part Bridget Jones, part My Name is Earl, each book in the series is packed with crazy characters, zingy dialogue, hilarious similes and rip-roaring situational humor, making them a laugh a minute!

Like many readers, if you love Janet Evanovich’s Stephanie Plum or Jana Deleon’s Fortune Redding, you’ll probably find yourself resonating with Val Fremden, too. She’s a lovable, hot mess who’s a bit older, a tad more jaded, and a ton more experienced in big-time failure. Life’s been tough for Val. Still, she always manages to find her way with sardonic humor and an intrepid spirit. A gin and tonic now and then helps, too.

Life’s a beach and then you die. If you’re ready for a good laugh and a great mystery, check out Glad One and its crazy cast of characters today. Funny Florida mysteries don’t get any wackier! 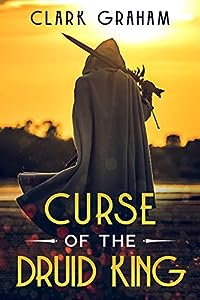 The Elvenshore Series continues with the next generation in the Curse of the Druid King .

The Valkyrie Prince, being the first male born in four hundred years, sets out to prove his manhood. He
follows his quest of a thousand mile journey that brings him to the land of the Valkyrie’s first inheritance.
But it is a land on the verge of war. The Prince finds that he is hunted day and night. The King of the land
wants him dead but the enemies of the King want him to complete his quest. Either way, the land will never be
the same again. 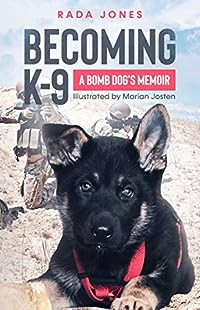 “Until you, hoomans, learn to sniff each other’s butts so you can read each other’s thoughts, you’ll need us, dogs, to guide you, love you, and make you better people.”
Corporal K-9 Guinness Van Jones
If you thought being a K-9 is easy, think again. What’s the hardest, you ask? Sniffing bombs? No sir. That’s easy once you know what to look for. Apprehending perpetrators? Nope. That’s fun. The hardest part of being a K-9 is training people.
Humans don’t know how to communicate. It’s not their fault that they have blunt teeth, fixed ears, and no tail. As for their nose, they can’t tell goose guano from duck poop and can’t even read each other’s thoughts.
That’s why they need dogs. To guide them, take care of them, and set them right.
Becoming K-9 is the story of how I grew from a feisty pup into a fierce K-9. How I looked after my humans, helped them focus on the half-full bowl of kibble, and taught them unconditional love. Because, whether you’re young or old, rich or poor, dog or human, there’s nothing more potent than love. Not even death. Love is the only thing we get to take with us when we die.

Bullets at Sunset
by Alan David

A fight to the bitter end…

Steve Jory inherits the Broken J cattle ranch from his uncle not soon after his old job as a gun for hire comes to an abrupt end.

He rides into Bowie County to take over the ranch, hoping to leave his grim past behind him and find some sort of future for himself.

But Jory soon discovers that taking over his uncle’s path is no easy assignment.

Land grabbing greed has overwhelmed the local ranchers, and Bowie County is rife with trouble.

Jory’s arrival brings things to a head and in no time at all, he finds himself up against Ben Sharkey – an expansionist rancher who is used to getting what he wants.

But while the townsfolk lay the blame for recent troubles on Sharkey’s doorstep, Jory has suspicions about deeper undercurrents to the range war that threatens to erupt.

Jory must get to the bottom of the mess amidst a quickly growing body count and in the face of mounting mortal perils.

If Jory proves quick on the draw, he stands to find himself a sizeable homestead and a beautiful wife.

But who amongst his friends can he depend upon?

Will he end up losing everything that he holds dear?

Bullets at Sunset is a classic western thriller – a captivating tale of gunslingers and cattle rustlers, of taciturn heroes and ruthless outlaws.