I woke up this morning and looked at my my. Oh dear… That’s not a sunburn. I thought I got a bad sunburn on my face last Sunday, but last night it was even worse and getting very very painful. It got so bad that I made an appointment with the doctor. This morning I woke up and WHOA! It’s never a good sign went you jump back from your reflection in the mirror. It’s one of those things you really try not to do. I knew it was a reaction to a new facial creme I bought, and I thought it just made me sensitive to the sun. Nope… I am sensitive to the creme. I stopped using it of course, but the damage has been done. Time to cover the mirrors and moan and groan around the house. But first coffee! Can’t start haunting the halls before having your first cup of coffee.

MURDER IN THE BIG SLEAZY: Destination crime fiction with a heaping dose of Étouffée

A simple man with a refined palate, maverick New Orleans lawyer Tubby Dubonnet has a penchant for fishing, Old Fashioneds, off-track betting, and fighting evil while passing a good time. Passing a good time, of course, includes running from the mob, solving gritty crime lab murder mysteries, thwarting hurricane season bank heists, and a good deal of rubbing elbows with corrupt politicians — all this while answering to a family of beloved women that he just can’t seem to slip anything past… And with each action-packed adventure, you can trust — because this is a Tubby Dubonnet mystery — that these disparate events are intricately intertwined.

(Editor’s Note: Why not all ten? Sorry to say the rights to TUBBY MEETS KATRINA are licensed to another publisher. But these stories need not be read in order.)

Meet lawyer Tubby Dubonnet. His clients are all renegades from the asylum (aka Orleans Parish), including Darryl Alvarez, the manager of a local nightclub who’s been caught unloading marijuana from a shrimp boat. At their first meeting, Darryl entrusts Tubby with an ordinary-looking blue gym… of money. What could possibly go wrong?

Tubby Dubonnet is bored. Sure, researching licensing law for the new casino will keep trout meunière on the table, but what could be more tedious? (Unless, of course, the client’s dealings are steeped in conspiracy).

SHELTER FROM THE STORM

To out-of-town kingpin Willie LaRue, Mardi Gras seems the perfect time for a New Orleans heist. Parties, parades, chaos, alcohol – who could be concerned about a little thing like a bank job? Indeed, all might have gone well except for an out-of-season frog-flogger that threatens to flood the French Quarter.

Tubby can’t forget the last words that escaped an old friend’s lips, and he can’t get out of the way of a political campaign that’s turning rough. Obsessed with the idea that a shadowy crime boss may be pulling the strings that have cost good people their lives, Tubby is entering into a test of courage with the most violent men in New Orleans.

It’s a city of sin. And murder is only one of them. So what if Judge Hughes shared a few special moments with Sultana Patel — why is this a matter of public interest? Until the D.A. hatches a plot to ensnare them — and their lawyer Tubby. And what a web they’re ensnared in!

When in the 1970s a young war protester is killed in broad daylight on Canal Street, it appears that his murder will be forgotten. But a youthful Tubby chanced to see it happen, and the tragic event’s haunted him throughout his life. Decades later, Tubby decides to conduct his own investigation. And stirs up a hornets’ nest.

Ex-con Angelo Spooner is trying to start a legit business, but he just can’t catch a break. Just as his healing Holy Water, “Angelo’s Elixir” is about to go upscale, the sticky strands of the Big Sleazy’s tangled web of crime and corruption come running. What’s a law-abiding parolee to do? Hire Tubby Dubonnet, of course!

The set-up alone’s enough to make you believe in the butterfly effect. Two acrobats burglarize a house; a sultan moves into a French Quarter mansion; a Mardi Gras Indian, in the wrong place at the wrong time, is wrongfully arrested; and our hero Tubby Dubonnet comes upon a double murder while paying a social call on the bayou. 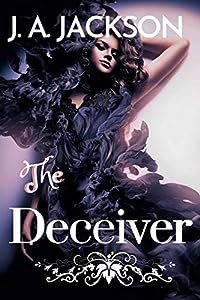 The Deceiver: Exhilarating Romance, Adventure & Desire!
by J. A. JACKSON

After losing her heart at sixteen, Eve Lafoy spent her life in a string of painful relationships. Now at twenty six, her life is comfortable without romance. No man is worth the effort.
In fact she is thriving and her life couldn’t be better.
But a surprise Sunday Brunch encounter with mysteriously handsome Malak Deville has Eve rethinking her thoughts as indifference changes into fascination and then into desire.
Malak Deville hides a secret. Yet, after his first time seeing Eve, he knew he enjoyed her company and she was just the woman he wanted to spend his life with.
Welcome to the wonderful world of Surreal Valley.
The land of Geeks, Angels and Paranormal Romance, better known as Silicon Valley California.
This is where the series begins. A world of fascinating, and outrageous characters full of jealously, envy, hope, love, betrayal and where a twist of the surreal exists.
Come and enjoy this wonderful story and take a wild and marvelous exciting adventurous ride , with fast moving, characters in peril, jump at you surprises, car crashes, twists-turns and romance with hidden secrets and surprises.
Set across the landscape stretching from the beautiful panoramic views of breathtaking Mount Hamilton, in the heart of Silicon Valley to the magical pull of San Francisco and Oakland California. 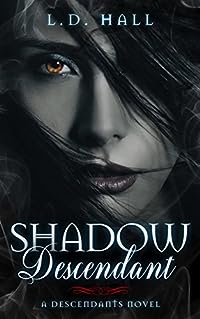 A Discovery of Witches meets Twilight in this mesmerizing paranormal romance…
Naomi Feldman has never understood the strange energy that hums beneath her senses. But when she comes across an ancient artifact that seems to beckon to her, she may finally find the answers she’s been seeking.

Pursued by a dangerous enemy and battling their growing attraction, Naomi and Alaric follow the mystery of the artifact from the museums of Athens, the streets of London, towards a confrontation that will decide the fate of two worlds… Start reading now! 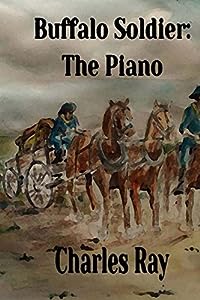 The Ninth Cavalry Buffalo Soldiers spend much of their time fighting renegade Indians, escorting settlers, or chasing outlaws. Sometimes, their duties are more mundane, especially in garrison. When First Sergeant Ben Carter and his men are assigned one of these mundane tasks, retrieving their regimental commander’s piano mistakenly shipped to Fort Leavenworth, Kansas, they expect to be bored. They could not be more wrong. Ride along with the Buffalo Soldiers on one of their strangest missions yet. 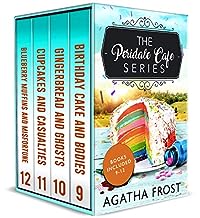 “This series grabbed me right from the start. I just love the characters!”

When Julia gathered Barker’s family at Peridale Manor for his surprise birthday party, she did not expect it to result in murder! Minutes before the celebration is scheduled to begin, Barker’s nephew, Luke, is found strangled in his bed, putting an end to Julia’s dream of a quiet family get together. Only one of Barker’s family could have murdered the young man, but which one?

Thanks to a botched burglary in the village, the police station is clogged up, forcing Barker to go rogue with Julia. He shuts down the manor, vowing to solve the murder before sunrise, but will he be able to pin the murder on one of his brothers or their wives? Julia quickly discovers that each member of his family has a secret, but which one led to Luke’s death? In a race against the clock, Julia must dig up the past, but can she uncover the truth without tearing Barker’s family apart forever? 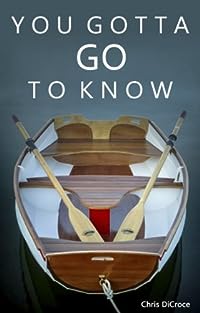 You Gotta Go To Know: How One Couple Sold Everything to Live on a Sailboat in Pursuit of Freedom, Happiness and Adventure
by Chris DiCroce

If you’ve ever wanted to sell it all, buy a boat, and sail away, this is a book you’ll want to read. Join Chris and Mel on their journey through the decisions, challenges, and triumphs of embracing a minimalist lifestyle to move onto a sailboat full-time.

Tired of the status quo and needing a change, Chris and Melody (along with their dog Jet) quit their jobs and sold their Nashville home and nearly everything they owned to buy a 35-foot sailboat, live aboard, and cruise into the sunset in search of adventure.

Once on board, they discovered that their greatest triumphs often came from their greatest challenges. Champagne wishes and caviar dreams soon fell prey to their bologna sandwich and Miller High Life budget. Boat breakdowns, tropical storms, and over-extended bank accounts brought them face to face with the reality that things don’t always go as planned. But sometimes… that’s the best plan.

This is the story of a leap of faith — from making the decision, finding the right boat, downsizing, and finally telling friends, family, and bosses. Light-hearted, humorous, and occasionally sad, this short memoir will draw you in you with its unique look at life on a sailboat and the emotions that come with it. Chris and Melody’s story will inspire you to go after your dreams and follow a path less traveled, whether it be on a sailboat, a van, RV, or any other vehicle for travel and adventure.