Buzzing in My Head

I keep thinking I am hearing swarms of bees coming around, but I am pretty sure it’s still too cold out for them. Either way, I am going to check outside every ten minutes until they come. Even if it takes a few months. HEEEERE BUZZY BUZZZY! 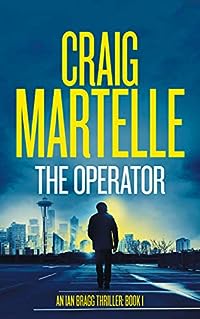 A hitman with a conscience…

Ian Bragg is paid to kill people. Only bad people and not many, but for a great deal of money.

Case the target. Make the hit. Move on until he meets the woman with sparkling green eyes who changes everything.

Is his newest target deserving of death? Who is Ian to decide if the politician needs to die? He is the one who has to live with the consequences, that’s who.

The contract deadline nears. Too many unknowns, too much to lose. Pull the trigger or not?

Ian makes his own rules to get himself out of a quandary where it’s more than just his life on the line. For the greater good, join Ian Bragg. 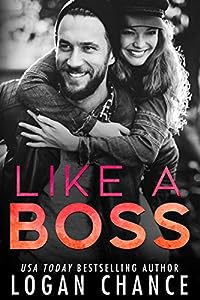 Like A Boss (Boss Duet Book One)
by Logan Chance

What happens if the one man you swore you’d never see again after a very hot and sizzling one-night stand turns out to be your new boss?
Well lucky, unlucky me, because that’s exactly what’s going on in my life.
Single dad heartthrob, Theo Sullivan thinks he can just waltz into my place of work and act like he owns the joint? Well, technically he does.
But, still.
We shared one magical, heart-stopping night together.
And that’s all it was supposed to be.
What makes matters so much worse is my new boss doesn’t even remember me.
This restaurant isn’t big enough for the both of us. And one of us is going to have to leave. And it won’t be me.
‘Cause I can do his job, and mine like a boss. 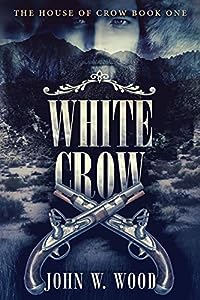 In the 19th century West begins the saga of a powerful family.

After mountain man Isaiah Crow arrives in Alta California, he saves a group of people from local bandits.

As luck would have it, they are family and Vaqueros from the rancho of Don Hernando Batista, one of the most powerful families in Southern California – and very anxious to take their new friends to meet the Patron.

After Señor Batista introduces his daughter Francisca to Isaiah, the two soon fall in love. From this union a child – Jedadiah – is born. He will learn not only how to read and write, but also the art of war.

Through Jedadiah, the House of Crow will become one of the most influential families in the country. 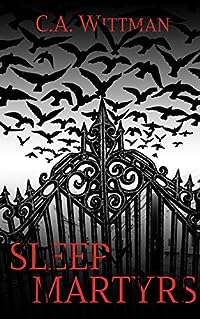 Tori and her sister, Laila have recently moved to Santomon Village in Calabasas California to live with their mom’s new husband and his two children. But navigating around their controlling stepfather and their aloof new siblings becomes the least of their worries.

There is a vague sense of menace in their state of the art lavish smart home with its cutting edge calm technology. And something is not quite right with the bright, cheerful kids at Santomon’s private school where the girls are enrolled.

Undergrads from prestigious universities and ivy-league colleges are vying for the coveted internships within Santomon Village. The mega-corporation is the darling of the tech world. But not everyone is singing Santomon praises. A growing number of parents are voicing concerns that at first seem vague.

As Tori and Laila’s mother begins to have doubts about her marriage, there is talk of divorce. Tori yearns to return to Inglewood and the simple life they had. But Laila’s not so sure leaving the village will be easy because what she has discovered is a treacherous web of lies unfathomable in their scope. What Laila wonders is if they can escape from Santomon before it’s too late.

How can you discover the truth when you may be the lie?