Why is it that I am constantly trying to purge clutter out of my house, and spending equal time on Facebook Marketplace. I need to make up my mind. Am I purging or collecting? The problem is I spend too much time at home. I used to go places, but now we can’t, so I have way too much time to think about that one corner in the house that has too much stuff, but needs something. ERG!!! Soon though the baby bassets will be going back to school and things are opening back up. Will I be able to integrate back into society or will I fight it and just hide at home rearranging my garden gnomes? There are four of them and they don’t seem all that happy about where I put them. I swear I heard the crab statue complain that he doesn’t belong in a garden. I don’t have the heart to tell him he isn’t a real crab. Hubby doesn’t have the heart to tell me the crab doesn’t talk. It’s definitely time for me to go back out where the people are. 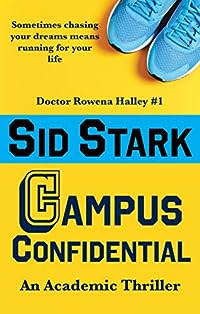 “Brilliantly-written and highly entertaining, a must read… ” The Prairies Book Review

Doctor Rowena Halley needs a job. But it may cost her more than she’s bargained for.

During one of the worst years on record in the academic job market, newly-minted PhD Rowena Halley has, against all odds, gotten a job. For one semester. At poverty wages. In New Jersey. But with so many of her fellow PhDs bagging groceries — or worse — instead of teaching Russian, this is the best chance she has.

New jobs come with a lot of stress, everyone knows that. But Rowena has more problems than just learning her way around a new campus and convincing all these Yankees that yes, she really is from Georgia. Tensions in the department are high, her family wants to know when she’s going to get a decent job and a decent man, and her ex-boyfriend is as usual persona non grata with the Russian government.

It’s when students start coming to her for help that she really gets into trouble, though. Rowena got where she is because she wants to help people and save the world, but if she’s not careful, her idealism may get her killed.

Witty and suspenseful in the vein of the Stephanie Plum novels, Campus Confidential is an insider’s look at the gritty underbelly of academia, where the struggles are so vicious because the stakes are so small. Only sometimes, they’re a matter of life and death.

*Content warning: We’ve got angsty adjunct professors, mouthy undergrads, a cynical Navy vet, and a career Marine all mixing it up in here. The level of adult language is significant.*

He’s complex, but she wants him. Life grows complicated, could love pull through?

Merissa meets Joel, and he’s her friend growing up. She has undeniable feelings for him that she’s kept hidden from everyone around her. He is everything she needs and everything she wants. He’s complicated, mysterious and hot. The only problem is, Merissa and Joel are only friends. Time goes on with Merissa and Joel facing challenges together, but sometimes apart. Real life situations that can make or break them. One question runs through her mind. Should she tell him how she really feels or keep her feelings hidden? Their love story is anything but the average fairy tale, and it’s far from it. Life is complex, but love is blissful. Here is their story of True Bliss. 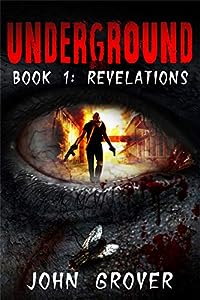 THE WORST IS STILL TO COME
They survived what they thought was the worst. But did they really? What if there is something worse than the undead they’re still fighting?

Set in the futuristic demise of post-apocalyptic doom, the undead outnumber the living 1,000 to 1.

Liam is a former soldier on a mission to protect the remaining survivors in the last stronghold, the bowels of the underground.

After the undead suspiciously overran his last outpost, Liam worries about this new type of enemy. The undead are changing and somehow getting stronger, faster and more coordinated. And Liam can’t help but wonder… are they getting help?

How will he fight this new impossible unknown? What will be revealed to give Liam and the other survivors the power–and hope–to survive… underground? 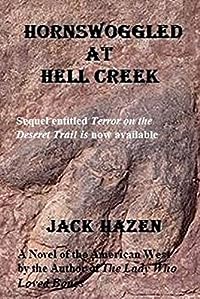 The Wild West just got wilder. A band of eclectic characters pursue and are pursued by a psychotic, cannibalistic, and sexually deviant serial killer in remote 1867 Montana Territory. Among the pursuers are a beautiful blond paleontologist from Philadelphia, an exotic Arapaho princess, a transgender Pinkerton agent, and various circus performers. A mountain man and owner of a secret gold mine, a very short sheriff who doubles as a circus clown, a paraplegic Irish leprechaun, a sanctimonious fire and brimstone preacher, and the prodigal dog join the parade, among others. Tasked with keeping each other alive in harrowing situations, they are forced to endure the misogyny, racism, and homophobia of virtual strangers and develop a bond of loyalty despite the danger, disease, and death around every corner. They live by the motto: ‘Don’t give up; don’t ever give up,’ especially when one of them is in the death grip of a giant gator. The question becomes how many are going to die before justice is served. During the course of the adventure, the paleontologist Lady Hannah Monroe makes monumental scientific discoveries and one objective becomes to get dinosaur fossils Back East to her sponsor Professor Joseph Leidy at the Academy of Natural Sciences. She is a precursor to Othniel Charles Marsh and Edward Drinker Cope who waged Bone Wars a decade later in these same badlands that became known as the Hell Creek Formation.

Includes A Wide Variety of Authentic Mexican Slow Cooker Recipes You Can Easily Make At Home!
Get This Mexican Cookbook For A Special Discount (40% off)
Mexican cuisine is known for its very unique flavours and spices. This cookbook includes easy to make and popular traditional Mexican dishes that you find at your favourite Mexican restaurant. With these recipes you can save money and enjoy your favourite Mexican dishes at home.

As an experienced Mexican chef I will share my most popular recipes with you, and give you easy to follow steps for making these flavourful dishes. We hope you enjoy this Mexican cookbook and good luck!