A Cold Ray Of Sunshine

I am an idiot. I am also dripping wet. The weather is getting warmer, so it is time to check and see if all the drippers are working in the garden. I asked hubby to turn on the system while I checked each line. You want to know how he knew when to turn it off? I’ll tell you. He knew to turn it off when he heard me screaming because water was spraying me from multiple directions. Turns out I have a terrible habit of cutting lines when I am pruning. Punishment was swift and very very cold.  This went on for about four out of the four zones. I am so cold…. so so cold. 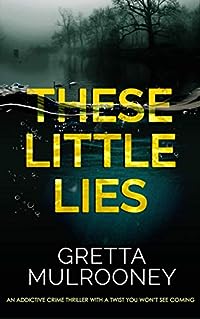 DETECTIVE INSPECTOR SIV DRUMMOND IS LOOKING FOR A FRESH START. WHAT SHE GETS IS TWO DEAD BODIES.

It’s Detective Inspector Siv Drummond’s first day back on the job, joining a new team in a new town. This fresh start isn’t going to be easy. Still mourning the death of her husband, she must push aside her grief to focus on her first case.

Lauren Visser and Matis Rimas are found stabbed to death in the idyllic woodland by the River Bere. Their mutilated bodies lie within feet of each other. A photograph of an unknown girl sits on Lauren’s chest.

She was an activist and wild swimmer. He was fishing illegally.

WHAT IS THEIR CONNECTION?

Siv and her team start ruling out suspects, but no one tells the truth when everyone has something to hide.

What will be dredged up by the investigation?

CAN DI SIV DRUMMOND FIGHT THE CURRENT OF LIES OR WILL SHE BE SWEPT AWAY?

Elegantly written, THESE LITTLE LIES is a masterclass in slow-burning suspense that will keep you turning the pages into the early hours.

MEET THE DETECTIVE
Detective Inspector Siv Drummond is widowed following a tragic accident involving her husband. With everything in London reminding her of the past, she moves from a high-profile squad with the Met to a new job as DI in her old home town — sleepy, seaside Berminster. She’s still grieving and lonely, but she’s a fighter and she’s smart, which earns her the respect of her colleagues DS Ali Carlin and DC Patrick Hill, and the grudging approval of her DCI, who wants his protégé to get her job. 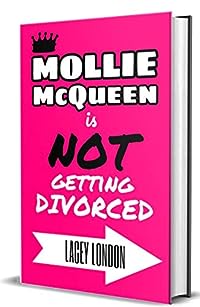 Mollie McQueen is NOT Getting Divorced: The laugh-out-loud romcom series you won’t be able to put down! (Mollie McQueen Book 1)
by Lacey London

From the best-selling author of the Clara series comes a brand new hilarious series that’s heartwarming, addictive and incredibly moreish!

When Mollie McQueen turned thirty, she awoke with a determination to live her best life.

Her marriage to Max was the first thing to come under scrutiny and on one sexless night in May, Mollie decided that their relationship was over.

However, when a grouchy divorce lawyer convinces Mollie there’s a chance she could bow out of this life being eaten alive by a pack of cats, she starts to search for an alternative.

Will Mollie be able to rescue her marriage or has the lure of a life without wet towels on the bed turned her head?

One thing is for sure… Mollie McQueen is NOT getting divorced. 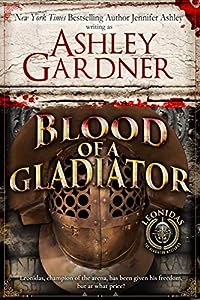 Leonidas, champion gladiator of Rome, is set free from the games by a mysterious benefactor who grants him freedom, a place to live, and a servant — Cassia, a scribe — to look after him.

But the benefactor is only so generous — Leonidas must pay his own way and Cassia’s, which means hiring himself out. The sharp-witted Cassia quickly lands him a post as a bodyguard, escorting a retired senator to Ostia.

The trip soon turns deadly, as Leonidas and Cassia find themselves squarely in the middle of intrigue that reaches from the slums of the Subura to the Palatine Hill and the emperor Nero himself.

Book 1 of the Leonidas the Gladiator Mysteries. Events in this book take place before the novella, Blood Debts. 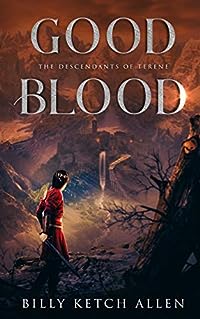 IS HIS BLOOD A GIFT TO THE WORLD

OR A CURSE THAT COULD DESTROY IT?

The land of Terene runs on blood. For generations, the bloodline has been dwindling.

When a boy is discovered with the healing blood of his Royal ancestors, he is hunted by assassins, bloodhounds, Descendant rebels, and the Highfather of the Faith, who will tear Terene apart to capture the power held in the boy’s veins.

Will the boy discover where his power came from?

And can he survive long enough to use it?

Good Blood is an exciting, fast-paced debut. The next must-read fantasy series!

A Taste of Greece: Greek Cooking Made Easy with Authentic Greek Recipes (Best Recipes from Around the World)
by Sarah Spencer

Bring the flavors of Greece into your kitchen with easy to make, authentic Greek Recipes!

From ancient times to the modern day, Greek cooking has evolved to be some of the healthiest around the globe. Greek culture has given a loving name for their own food; they call it “the food of the Gods.” With a focus on including whole and local foods, the Greek diet helps to maintain heart health and prevent the development of diabetes, and some areas of Greece are recognized as having some of the lowest cancer rates in the world.

And it’s not just good for us; it’s delicious! Greek food is hailed across the world for its amazingly textured cuisine that provides a perfect balance of different flavors. Greek foods are naturally healthy and full of flavors, reflecting the culture’s deep and sentimental attachment to their local food.

All recipes come with a detailed list of ingredients, cooking and preparation times, number of servings and easy to follow step-by-step instructions.