I hope everyone has a wonderful Friday! Enjoy these great FREE Kindle books. 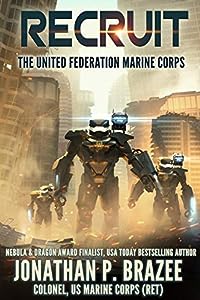 Desperate to escape a life of poverty on his desolate home planet, Ryck Lysander enlists in the United Federation Marine Corps, hoping to make a better future for himself. However, Ryck soon discovers that the Corps is more than a means of escaping his former life as he is pushed beyond the very limits of his strength and willpower.

From bootcamp brawls to skirmishes with galactic pirates, Ryck’s new life presents him with unimaginable adventures and forces him to prove his mettle as he forges his new identity and fights to earn his place as one of the Brotherhood of Marines. 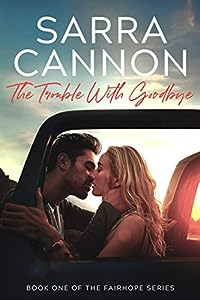 The Trouble With Goodbye (Fairhope Series Book 1)
by Sarra Cannon

Leigh Anne Davis has never really had a life of her own choosing. She’s always been the girl who does what she’s told. Except that time two years ago when she shocked everyone in the small town of Fairhope by breaking up with the richest guy in town and heading off to Boston to follow her dreams.

It was the single most exciting thing she’s ever done for herself, and it felt like the start of something big… Until one terrifying night ripped it all away.

With no place else to go, Leigh Anne heads home to reclaim what’s left of her old life. On the outside, she seems like the same reliable girl everyone knows and loves. But deep inside, she’s hiding a terrible secret.

That’s when she meets Knox Warner, a troubled newcomer to Fairhope. His eyes have the same haunted look she sees every day in the mirror, and when she’s near him, the rest of the world fades away. But being with Knox would mean disappointing everyone all over again.

If she wants to step back into that old life, she has no choice but to say goodbye to him forever. 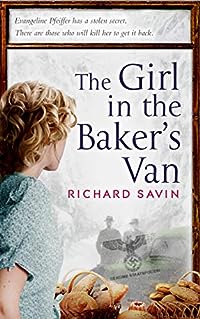 The Girl in the Baker’s Van
by Richard Savin

Evangeline Pfeiffer has a stolen secret. There are those who will kill her to get it back.

Ever since the German occupation, Evangeline Pfeiffer has worked at the bakery in the small French town of Turckheim. Each morning, with Alain her brother, she helps make the bread and pastries for Joseph, the baker. It is a life of routine and order.
But when Alain is arrested by the Gestapo, her life is turned upside down. Unwittingly, she becomes an accomplice in the murder of Nazi agent Ludwig Kraus. Thrown together with the killer, a Polish spy, Kasha, her only hope is to escape to Spain. Taking the baker’s van she and Kasha drive south. She has burnt her bridges – there is no going back. She is on the run – but the spy running with her is not all he seems.

Behind them as they twist and turn across Occupied France, their pursuers are closing in: the Gestapo, the German spy catchers (Sicherheitsdienst) and, most terrifying of all, the ruthless French secret police, La Carlingue. If they catch her she knows she will be violated then executed.

In the city of Dijon Kasha is captured. On her own, her chances of escape fading she flees south, the net tightening around her. Then in Lyon she meets Grainger, a British SOE agent – he could be the game changer. If she can persuade him to help her, this could be her ticket out. Grainger is reluctant, he has his own mission, he can’t afford passengers – but she’s sticking to him. She’s not about to let go… 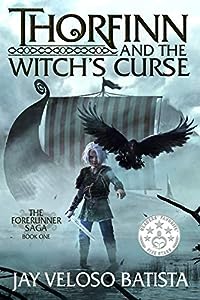 Viking legends, unforgettable characters and authentic history combine in an exciting series starter! Vikings and Saxons, ghostly curses, witches and soothsayers, dangerous were-creatures and a young boy who must find his courage!

Danelaw life is good! Practicing martial skills, grumbling over chores, listening to scary stories and shadowing his brothers everywhere, Finn is a normal boy of ten in the Viking Kingdoms of ninth century England. A bit timid, his father plots his apprenticeship while the family prepares a grand wedding. Off to the North, his uncle sails home after years of exile. And unbeknownst to all, the ghost of an ancient mage sits sentinel over his clan freehold. But when a witch’s curse comes alive, a mishap turns young Finn into a vardoger, haunted by his own forerunner ghost.

Suddenly thrust into a new realm beyond Midgard, Finn struggles to be a boy by day and a ghost at night. His own clan fears him, he overhears murder plots, he learns the truth of giants and the hidden folk, and the witch still hunts revenge…

Will Finn find the courage to defeat his enemies, save his uncle, and accept his new half-ghostly existence? 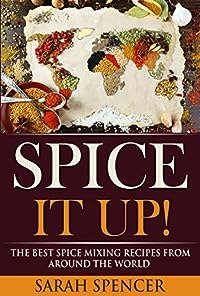 Spice It Up!: The Best Spice Mixing Recipes from Around the World
by Sarah Spencer

How wonderfully clever nature is in that within its very seeds, roots and barks lie hidden an orchestra of flavors and when used efficiently provide us with an array of tantalizing tastes.

In Spice It Up, we have collected spice blend recipes representing distinct regions around the world. The great thing about these recipes is that for the most part there aren’t too many wild, unusual ingredients, but rather it is the combination of ingredients that the flavors differ.

Inside find the basics of using spices, including:
?what are spices
?a description of the most common spices with the best uses and pairing,
? a brief history of spices,
?The many health benefits,
?how to buy spices,
?how to store spices,
?how to mix spices.

Create the best spices mixes from:

The great beauty of these spice recipes is that you can quickly transform any dish you wish with a teaspoon full of one of these flavor blends. You can go to Tunisia with a sprinkle of Galat Dagga or head to Japan on the back of Shichimi Togarashi, or take a trip to Bali with a truly unique spice blend that will transform your chicken to island style.

Get ready to welcome all four corners of the earth into your kitchen!