Today is my birthday! HAPPY BIRTHDAY TO ME! It has been 18 days since I bought a plant. Since today is my birthday I can buy myself a plant and it won’t count against my 18 days. I just made that rule up, and it is true because it’s my birthday. Did I mention it’s my birthday? I have always been one to take advantage of being able to do almost whatever I wanted on my birthday. Most people over the age of 7 tend not to, but not me. I had a person tell me to grow up once, so I punched them in the throat, yelled “YOU’RE IT”, and ran off. I probably didn’t do that.  Hmmph. Anywho… I am off to make the most of my birthday and enjoy the sunshine. HAPPY FRIDAY! 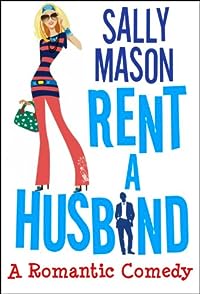 Rent A Husband: A Romantic Comedy
by Sally Mason

Dumped for a younger woman, delicious divorcée Darcy Pringle is determined to make a splash at her California town’s Spring Ball. But she doesn’t have a hot date. When a friend dares her to rent one, hunky womanizer Forrest Forbes, gone from riches to rags and desperate for cash, Darcy turns her life (and her bed!) topsy-turvy.

Two murdered chefs. One undercover witch. Zero time to waste.
Kyla knows a lot about magic but knows nothing about creating magic in the kitchen. When the police hire her to go undercover as Moonstruck Manor’s newest culinary mastermind and investigate the mysterious deaths of the manor’s two former breakfast chefs, she’s in for a world of trouble.
Whipping up a spell is one thing, but making Crepes Suzette is another thing completely.

With a bed & breakfast full of suspects, including a gardener who knows a bit too much about magical toxic herbs, a housekeeper embroiled in a salacious affair with both victims, and the handsome inn keeper who’s obviously hiding a secret, Kyla will need more than magic to solve this case.
Will she uncover the truth and expose the murderer before he or she sets their sights on her?
Find out in this paranormal witch cozy mystery featuring witty witches, trouble-making genies, spell-binding romance, and jaw-dropping twists and turns! 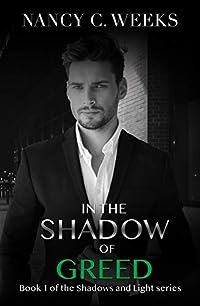 In the Shadow of Greed Book 1 (Shadows and Light)
by Nancy C. Weeks

Brilliant cyber security analyst, Dr. Sarah Tu races against time to block the most dangerous Internet malware ever created. While Sarah is closed off in her lab, her sister, Hanna, is brutally attacked and left in a coma. As Sarah reels with guilt, a web of deception closes in threatening her and everyone she loves.

Hanna’s condition is misleading and she has latched onto FBI Special Agent Jason McNeil. But tough and street-smart Jason doesn’t believe in telepathic messages, and fights the voice inside his head even though Hanna’s cryptic messages plague Jason to keep Sarah safe.

When an extremely dangerous cybercriminal discovers that Sarah blocked his botnet, it places her in an impossible position. Will she destroy the botnet to protect national security or release it to save the man she love? 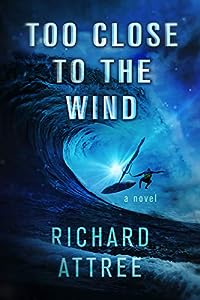 Too Close To The Wind
by Richard Attree

What does it take to be a survivor… ?

Nick has always been an outsider. Half Aboriginal, half Irish, he escaped from an impoverished fishing town in Western Australia. Now he’s running from a drug deal gone wrong, living like a ghost in the Canary Islands and his only friends are the wind and waves.

Windsurfing is his obsession, his escape from self-loathing. But when his rig falls apart, like his life, he finds himself drifting alone in the Atlantic. As the sun rises on his last day alive, a yacht appears and offers him a lifeline. But there’s a price to pay…

The owner, an enigmatic figure known to his crew as the Master, is the leader of a shadowy cult. He offers Nick a way out of his stalled life — a series of missions: to the haunted Haitian rain-forest, the remote Australian outback, and the wild west coast of Ireland.

The puppet master pulls the strings — Nick’s quest is to discover why.

TOO CLOSE TO THE WIND is an incredible story of survival, an epic travel adventure, a dark journey into the unknown, and a celebration of wind, surf, and the human spirit. 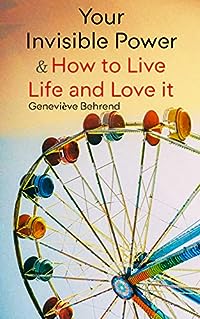 Your Invisible Power & How to Live Life and Love it: Learn How to Use the Power of Visualization
by Geneviève Behrend

This book will teach you how to use the power of visualization and other processes necessary to transform your life.
“We all possess more power and greater possibilities than we realize, and visualizing is one of the greatest of these powers. It brings other possibilities to our observation. When we pause to think for a moment, we realize that for a cosmos to exist at all, it must be the outcome of a cosmic mind.”