I am completely addicted to animal rescue videos. That’s it. That is all I have to say about that. Now I am going to go back to watching the video about the lady who rescued the baby skunk, right after I watch the one about the white squirrel found half dead on the side of the road. SPOILER… they live. 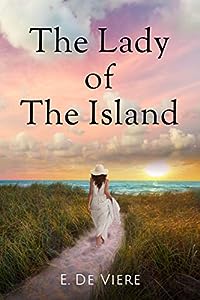 The Lady of the Island: A Novel
by E. De Viere

Her routine is suddenly interrupted, and from now on her life will change beyond recognition.

Kate Archer is a warm and energetic woman who is totally devoted to her family. A woman who lives her life constantly providing love and care to those around her.

When her grandchildren are born, she becomes deeply attached to them, but slowly, her daughter-in-law manages to estrange them from her. When her husband Joe falls ill, her life revolves around caring for him.

Desperately needing a break, Kate plans a brief vacation on an exotic island, unaware that her decision will change her life forever.

A man whom she meets unexpectedly falls desperately in love with her, forcing her to question everything she has ever believed in, and embark on a new journey within herself. Deciding not to succumb to the circumstances that have been thrust upon her, she makes the choice to discover true peace and fulfillment elsewhere.

Will distancing herself from everything familiar give her the tranquility and contentment she has been craving? 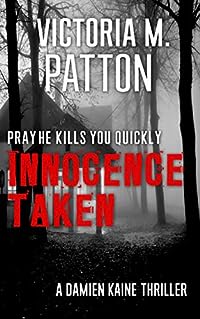 Two dead girls, another one missing, and a secret that will rip a tight-knit community apart…
When a missing teen’s body shows up dismembered on the side of the road, Lt. Damien Kaine must crush her parent’s hopes of her safe return. The parents are pushing for details and answers. Two things he can’t give. The abduction of a second girl brings only one clue. The girls look like.

As Damien searches for a sadistic killer, a disturbing pattern emerges. The more he digs into the community’s history, the more missing girls he finds.

With the lack of evidence or movement forward on the case, a quirky FBI profiler is pulled in to assist with the investigation. Damien wrestles with disdain for the agent and an equally strong sexual attraction to her, as he deals with mounting frustrations.

Tensions rise with the abduction of another girl. Damien and his team are in a race against time to save her. But the case is about to take a frightful turn. What they uncover will not only rock them to their core, it will haunt them forever.

If you are a fan of CSI or Criminal Minds, believable characters, and sarcastic humor, then this book and series is for you.

She’s stumbled into a lair of desperate dragons — and she’s just the thing they need.

I really messed this up.
Pinned to the floor by a billionaire playboy, caught stealing files from his computer.
“I’m trying to decide whether to kiss you or lock you up,” he says.
“Kiss me, and there will be blood. Not mine, either.”
He just smiles. Rich, powerful, probably used to getting anything he wants.

I’m just here to find my sister — I suspect he and his band of playboys have trafficked her and who knows how many others. I’m here for them too. Eventually.

But now I’m shackled to the wall in his dungeon — a literal dungeon in a literal castle tucked in one of the Thousand Islands at the border of Canada.

I really messed this up.

Ember’s a hot-shot reporter. Niko’s the sexy Lord of the Lair determined to find his soul mate… and he’ll do whatever it takes to save his people from extinction.

My Dragon Lord is a steamy dragon shifter romance that’ll heat up the sheets with love and warm your heart with dragonfire. 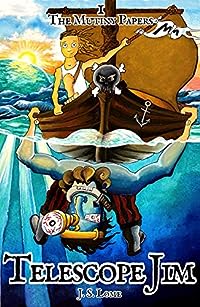 The Buccaneer Left a Hatchet in My Guitar…
When secret buccaneer, Longfellow Jim, includes a misfit teen in his conning scheme, sixteen-year old “Miles” is unintentionally involved in a plot of stealing treasure. Miles, who has been exiled to the South Seas for bad behavior, is quickly mistaken for a notorious pirate and is forced to join the buccaneer in his treasure-stealing scheme. Little does he know, a giant by the name of Telescope Jim lurks in the South Seas hunting the same treasure. Will Miles survive a battle of trickery, deception, and double-crossing between the two outlaws? Or will he become a casualty of the giant Telescope’s cut-throat crew? 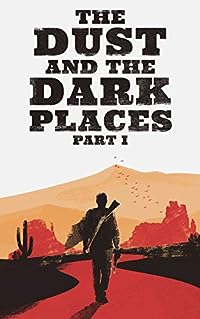 The Dust and The Dark Places (Part One): A Western Novel
by Andrew D Gracey

A ruthless and gritty Western inspired by the dime novels of the 1800s.

America, 1883. Gunslinger Benjamin Dance wanders the relentless wastelands of the Mojave Desert, lost and near death, his wounded body clinging to the back of a bloodstained horse. As night falls, an unexpected encounter with the mysterious and secretive stranger Jasper Bennett gives Benjamin an opportunity for survival.

With darkness surrounding them, Benjamin and Jasper seek solace in the light of a campfire. It is here that Benjamin recalls his remarkable history with the Two-Faced Reaper himself, Howling Jack Holloway.

Jasper is alarmed. He has heard savage tales about Howling Jack and the Devilfall Bastard Six before, and he cannot believe that Benjamin is after the bounty on the heads of the most dangerous outlaws in Nevada.

But Benjamin is not after the bounty. His pursuit of Howling Jack is entirely personal. This gunslinger is focused on nothing else but getting revenge on the man who ruined his life.

Inspired by the tropes and themes of 1800s dime novels, The Dust and the Dark Places perfectly captures the madness, debauchery and beauty of the American frontier. With epic themes of love, loss and redemption, this novel is both a reimagining and a homage to the traditional Western.