A Walk On The Wild Side

Today I am getting my hair done. I feel like I am going out on an adventure! That’s right! I am going out into the world, past Costco, past Target, all the way to the next town! WILD!! Look out world! I am feeling ZAZZY NOW!! 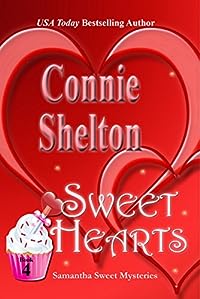 USA Today bestselling author Connie Shelton’s most delightful cozy mystery series yet — with a little romance, a little magic and a whole lot of chocolate! With nearly 2 million books sold and downloaded in more than 110 countries, see what the fuss is all about!

Will there be Valentine wedding bells for Samantha Sweet and Beau Cardwell? (introduced in this mystery series opener Sweet Masterpiece) Sam’s bakery, Sweet’s Sweets is busier than ever this Valentine week, as she struggles to replicate the magical chocolate-making techniques of the enigmatic chocolatier who boosted her winter holiday sales into the stratosphere. However, candy classes take second place to a new mystery, when Sam meets a woman whose missing son’s case seems to have been dropped by the authorities. Marla Fresques learns that she is dying and needs for her son to come home and raise the daughter he left behind. Sam agrees to help, hoping that Sheriff Beau’s inside connections will bring about a quick and happy resolution.

But what about Sam’s and Beau’s own wedding plans? They may be in jeopardy when an entirely new development appears in the form of Beau’s ex-girlfriend who is determined to win him back.

With the familiar mix of cozy mystery, romance and a touch of magic that has enchanted readers of this series, Sweet Hearts draws the reader even further into the captivating world of Samantha Sweet. 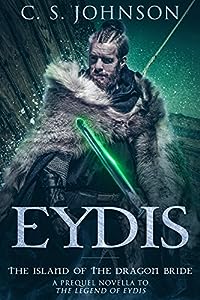 Eydis: The Island of the Dragon Bride (The Legend of Eydis)
by C. S. Johnson

The clouds in front of him began to shade over, their airy inscriptions spelling out a message of welcome — or maybe a warning — as the promise of land became clear.

As an accomplished Viking warrior, Sterlig Kyvansson always found a way to get what he wanted — until he wanted Arja Freydottir. After Sterlig is denied the right to marry Arja, he is determined to do anything in his power to claim her as his own — even if it means slaying the dragon that guards the cursed island of Eydis.

With his brother’s sword at his side and Arja’s hand on the line, Sterlig sets out for Eydis with his friends. When they arrive, they quickly find that the rumors of Eydis are all true, including the irresistible beauty of the Princess of Eydis, Brynja the Bride. With her blessing, Sterlig heads out into battle with the dragon.

But near that battle’s end, Sterlig discovers the terrifying secret behind Eydis’ power. Is it already too late, or can his discovery still make a difference?

With danger, friendship, and a surprising twist, Eydis: The Island of the Dragon Bride is a Viking fantasy adventure from award-winning, genre-hopping author C. S. Johnshon. 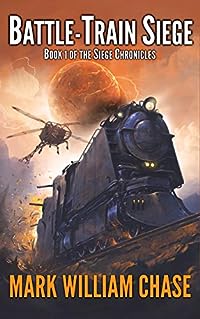 All six books are now available in a single volume. Please search for “Siege Chronicles – The Complete Series”.

A bounty hunter with a price on his head, Davrick Caliburn must evade the sorcerous reach of the Grand Imperium. Never mind the fact that his new employer is a vampiric blood-baroness — she’s promised him a pocket full of coins and a one-way ticket out of the occupied city of Kardre. The only problem: that “ticket” is aboard an Imperium battle-train.

Joining forces with a dandy-dressed astral mage, a maladroit gearmeister, and an ill-tempered thief, the team will storm the battle-train to pilfer an ancient dragon stone powerful enough to turn the tide of war. But between the killer automatons, elite enemy troops, and the fiendish sorcerer who leads them, Davrick can only wonder what kind of a mess he’s gotten himself into this time. And what does a master vampire want with a mythical dragon stone anyway?

Battle-Train Siege is the first novella of the six-part Siege Chronicles. 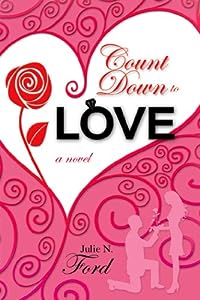 Count Down to Love
by Julie N. Ford

Kelly Grace Pickens is excited to get married — until she’s abandoned at the altar. Desperate, she accepts an offer to appear on a reality TV show similar to The Bachelor, called Count Down to Love. Her country ways are a stark contrast to the mysterious bachelor from New York. Wading through hurt and betrayal, Kelly discovers that being true to yourself is essential to finding happiness and love. 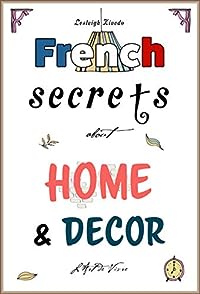 French Secrets about Home and Décor: L’Art de Vivre (Like the French Book 2)
by Lesleigh Kivedo