Water For Your Thoughts

With all the heavy rains we have been having, I  thought it would be a great idea to put out as many buckets as I could to catch the free water. Now I have a yard full of heavy buckets of water I can’t move. Ummm…. I didn’t really think this one through.

Two fun-loving pastry chefs. One luxury cruise ship heading to the Bahamas. And an elusive killer running amok with a penchant for cleavers.

After overstuffing her husband with a button-bursting amount of cookies and cakes, Ruth Shores — charmed mother, grandmother, wife, and retired pastry chef — decides to take a dream job in the kitchen of the brand-new, luxury cruise ship, Splendor of the Seas. Luggage rolling behind her, she sets out on her first day, and it’s everything she imagined. That is, until she runs into the rudest, most inconsiderate person she’s ever crossed paths with: Loretta Moran.

That’s okay — Ruth refuses to allow a stranger to ruin her idyllic new life. But when a body is found in the kitchen, both women become prime suspects in a murder investigation. Compelled to prove their innocence, Ruth and Loretta must work together, all while desperately covering up a mouse running loose in the dining room. Can they set their differences aside to unveil the real killer before they both lose their jobs — or worse, their lives?

Pranks. Scandals. Cover-ups. All wrapped up in this fun and quirky cozy mystery!

Killer Cleavers and Cupcakes is the first book in this nutty, lighthearted Cruise Ship Cozy Mystery Series. So, get nestled in a cozy chair, pour your favorite beverage, and get ready for an exciting Bahamas escapade aboard the Splendor of the Seas! 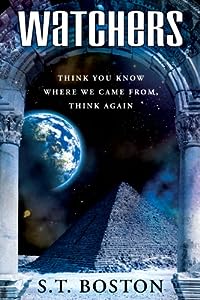 Meanwhile, two friends on a road trip across North America come to the aid of a mysterious woman, washed up on the banks of the Colorado River. Somehow, all these events are linked.

Choosing to help her plunges them into a nightmarish race across the globe, for she holds a secret that defies all we know about human evolution. Pursued by a deadly force, they must recover a relic so ancient it’s fallen into legend.

A relic that will not only save them, but all of humanity. 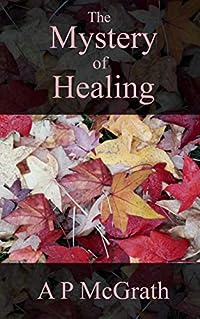 The Mystery of Healing: Only a Skilled Hand can Stitch the Human Heart
by A P McGrath
Genre: Mystery, Thriller & Suspense

Solon of Pergamon turns detective when his cherished old teacher is murdered. Suspicion falls on a mysterious student who holds a secret that threatens the powerful ruling class. Tossed between the search for love and the precarious tides of the Roman Empire, Solon navigates with the same bloody-minded humanity it takes to be chief physician to the gladiators of a glittering age.

Classic story-telling in an unforgettable setting. 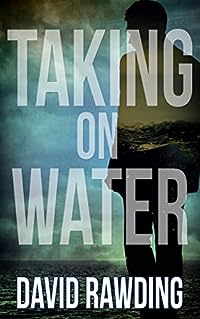 Taking on Water
by David Rawding

When James Morrow, a social worker, first meets Kevin Flynn, he suspects the teen is being abused. To learn more about Kevin’s home life, he gets to know the boy’s father, Tucker, who’s a lobsterman. James is able to put his suspicions to rest, and the two families begin to form a friendship.

When a kid at the local recreation center dies of an overdose, Detective Maya Morrow adds the case to the long list related to the drug problem plaguing the small New Hampshire coastal town of Newborough. But her investigation gets her much too close to the dangerous players.

Both the Morrows and the Flynns are holding dark secrets, and when their lives collide, tragedy is inevitable. 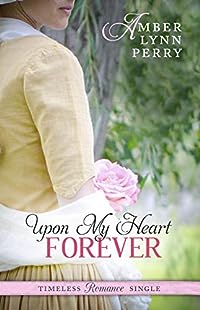 Can three days be enough to mend two broken hearts?

When Clara Moore learns of her brother’s unthinkable scheme — to take her to England and force her into a hasty marriage — she knows she must escape New York. But when she finds out who has accepted the job of taking her to Boston, she almost rethinks her own hurried plan. For the handsome man who comes to her aid is none other than her former love, Ethan Barrik. He left her heart in shambles six years before. Can she trust him a second time?

Ethan Barrik is no stranger to struggle. But tracking the enemy, and war-time spying are nothing compared to the pain of regret. Ready at last to leave his past behind, he accepts one final job for a friend, only to discover the person he’s really helping is the woman he still loves. Despite her ire, he knows he must make every attempt to make it right — and hope she will find a way to forgive him and give their love another chance.