Why on Earth do I tilt my head and twist around in my chair to see something better when watching videos on my computer?? It’s not like I will see under the dolphin that is getting rescued or steer clear of the lion about to pounce. SIT STILL!!! 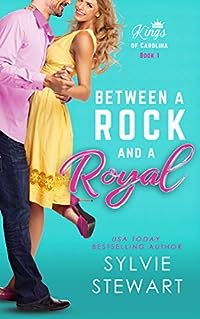 Between a Rock and a Royal: A Royal Romantic Comedy (Kings of Carolina Book 1)
by Sylvie Stewart

A foreign prince on the run, a local girl in a serious jam, and a ’65 Mustang headed for Georgia. What could go wrong?

LEO: How my brother talked me into ditching our security team and embarking on this ridiculous adventure, I haven’t a clue. But it’s my duty to keep the idiot safe — something made even more difficult now that we’re stranded in the middle of nowhere with a local mechanic as our only hope. But this wrench-wielding beauty has problems of her own and a smile that might make me forget my obligations entirely.

RUBY: With one look at Leo Baxter, I know down to my cherry-painted toes that he and his pain-in-the ass brother are nothing but trouble. Given my family’s dire circumstances, however, I’ve got little choice but to take these rich country-club rejects up on their offer. A fat stack of cash in exchange for a ride through the mountains. How bad could it be?

Julia Blake runs a cleaning business. She also has the uncanny knack of discovering murdered people.
In this story Julia visits one of her clients, a genealogist called Hugo Barnes. Hugo has uncovered a family secret during the course of his work. He tells Julia that the client won’t be happy about the secret he’s discovered.
Julia finds Hugo’s dead body the next day. She makes her own investigations into Hugo’s death and soon discovers that his assistant, Dinah, and his brother, Gilbert, have strong motives for killing him.
Julia also finds out who the last client of Hugo’s was. Did they have a motive to kill Hugo too?
And who is the man who’s been watching Julia’s house?

A Lesson In Deceit – A Julia Blake Short Cozy Mystery

In this story, Julia travels to Edinburgh University to visit her son, Sam. It’s not long before she stumbles upon a dead body. Julia is happy to leave the murder investigation to the police – until her son becomes one of their suspects. Julia has no option but to get herself involved, despite the danger she puts herself in.

Grace Abrahams helps ghosts – particularly those who were murdered. She meets the ghosts at storage locker auctions.
Grace meets Jenny Lorrimer. Jenny was strangled by the lead of her headset. Grace finds out that Jenny was an events planner and she was murdered at a wedding that she’d organised. Grace delves further and discovers two suspects – Jenny’s sister and Jenny’s best friend. A shock discovery leads her down a different route.

A Lonely Death – A Pearl And Derek Mystery

Derek Quill is an elderly gent who can see the ghosts of murdered people. With the help of his ghostly friend, Pearl, he finds out who killed them.
In his first investigation, Derek meets the ghost of Eric Malone. Derek knows Eric from his schooldays. Eric bullied Derek mercilessly back then and now he’s asking for Derek’s help. Derek soon discovers that Eric never changed his bullying ways and there is more than one person who could be a suspect.

Playing At Murder – A Butterworth Mystery

A short murder mystery story
It’s always been a dream of Connie Butterworth’s to be a private investigator. Now that she’s retired, she makes that dream a reality and sets herself up as an investigator.
With reluctant help from her sister-in-law, Sable, Connie takes on her first client.
What starts out as a simple case of tracking down a missing person soon turns into an intriguing case of deception, phone hacking and murder.

A Ghost In The Store – A Ruby And Nessa Mystery

A short ghost story.
Ruby Laurel is a ghost hunter. She locates ghosts who are haunting places – or people.
In this first story, Ruby is called upon to investigate a haunting in a supermarket. She soon discovers the ghost of a young woman called Mary Jackson. How is Mary connected to the supermarket? And why is she haunting it?
Ruby’s investigation is made more difficult by the arrival of her troublesome younger sister, Nessa. Will Nessa help, or hinder, the investigation? 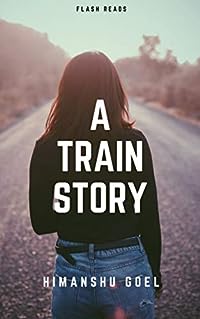 After a breakup, job loss, and a loss in self-confidence, a 25-year old girl meets a stranger on the train that might help her regain control of her life. But there is more to the stranger than what appears on the surface.
A Train Story is a flash read (bite-sized stories) by Himanshu Goel, author of Tulsi and A Rational Boy in Love. 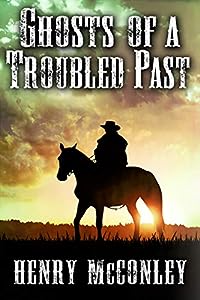 Ghosts of a Troubled Past: A Historical Western Adventure Book
by Henry McConley

Cal has been running away from a shadowy past ever since he was falsely accused for a murder he didn’t commit. Desperate to escape a vicious man who won’t stop following him until he gets revenge, he decides to get the Oregon trail and move as far as possible. There, he joins a small group of people to give his perilous journey a sense of safety. The balance is soon shaken though, when a sudden and mysterious murder makes Cal the main suspect. While the crime is being investigated, Cal will finally open up to Etta, a beautiful girl from his group who makes his heart shiver. How far will he go to prove his innocence without putting his friends at risk?

Etta is left with an incredible amount of debt after her parents’ death and has no choice but to leave everything behind. Seeking a better future, she travels out west with her brother and his wife, alongside a few other people trying to stay out of harm’s way. When Cal joins Etta’s group, her heart sparks for this mysterious man. Although the circumstances are rough and the journey is long, she finds it in her heart to join Cal in a dangerous mission to bring justice. When a heinous crime is committed, a perfect opportunity arises for them to find the man responsible for all the murders. Will she manage to protect Cal’s honor or will evil overpower good?

An intricate web of lies, corruption and murder will bring Cal and Etta closer while they are joining forces to fight injustice. Will their love have the chance to flourish on the trail of a criminal who spreads death on his way?

An enthralling, action-packed story, featuring complex characters, drama and suspense, that will leave the reader breathless. A must-read for fans of Western action with a touch of romance.

“Ghosts of a Troubled Past” is a historical adventure novel of approximately 60,000 words. No cliffhangers, only pure unadulterated action. 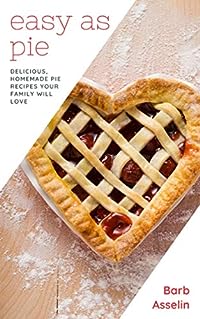 Bake a delicious pie your whole family will love!

Do you love the idea of a homemade pie, but think they are too hard to make?

Do you have the best of intentions to cook great meals with a delicious dessert, but the time just gets away from you?

Then, this book is for you. Inside are more than 25 delicious, no-fail recipes your family and friends will love. Not only that, I will walk you through step-by-step how to make perfectly flaky pie crust that never fails – including the secret ingredient for flaky pie crusts every time! You will be able to make beautiful homemade pies for dessert, or to store in your freezer for an impromptu dinner party – no one will believe you had the time to bake a pie while you worked all day!

Ready to bake a delicious pie with a flaky crust? Just scroll up to download and let’s get started…