The Strawberries Are Watching You

I wonder if I am getting too sensitive.  We dropped our cable company a few months back and are now using a few different streaming services. I have been enjoying a lot of great programs, and it’s been a pretty good experience so far. One little problem though. The services are able to make suggestions of programs based on what you have watched in the past. I haven’t paid too much attention to what the suggestion mean about me, until last night. I am just gonna say what the show was…. it was an obscene shark show. I watch one show about a troll in therapy, and now I have an obscene shark show being suggested to me. I hate sharks, but I don’t hate them THAT much. My gosh!!! I really don’t know what more to say about this. I’m going to go watch Murder She Wrote and Golden Girls to cleanse my viewing suggestions. 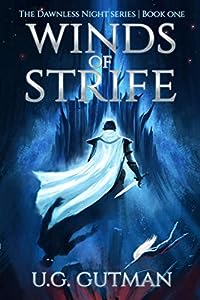 Winds of Strife: An Epic Fantasy Adventure (The Dawnless Night Book 1)
by U. G. Gutman

“They burned me and mine. I’m not done until I burn them and theirs in return.”
Witch-hunts have plagued the kingdom of Olyanath for decades. Thousands were slain due to the king’s paranoia of women who practice Senspiritic magic.

Nye and his companions have seen enough of murder and misogyny. Fifteen years have passed since he joined the witch-hunters, and now, at long last, an opportunity to destroy them from the inside reveals itself.

An opportunity to overthrow the king and end his reign of cruelty.

But fifteen years of pretense have taken a toll. The strive for vengeance has steered Nye toward a path of violence and villainy. His hands are stained by the blood of countless innocents, his heart is scorched by grief, and his sanity hangs by a thread.

Even if he can kill the king and see this revolution through, it may not suffice to purge the voices from his head. 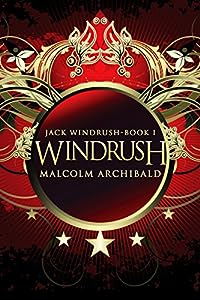 Determined to rise in the ranks and make a name for himself, he is sent with the 113th to join the British expedition. But when they get involved in the attack of Rangoon, Jack realizes that war on the fringes of the Empire is not as honorable and glorious as he expected.

After a chance meeting with a renegade British soldier, Jack witnesses the true terrors of war, and begins to question the whole framework in which he has grown up.

Keeping the Pieces: A Laugh-Out-Loud Romantic Comedy
by Brenda Lowder

Emma Hayworth is desperately in love.

She’s sure Cam’s finally in love with her, too. Last night he gave her the soul-claiming kiss she’s fantasized about since college. At his thirtieth birthday party on his parents’ yacht, she knows everything between them is about to change.

Shockingly, Cam announces his engagement to his longtime on-again off-again girlfriend, leaving Emma devastated. Certain he’s caving to parental pressure, Emma is determined to make him realize she is his forever after.

Personal trainer Derek Chase is intrigued when his almost girlfriend invites him to some swanky party aboard a yacht. He’s pretty sure she’s the one — until he’s blindsided by the birthday boy declaring their engagement. Positive she’s making a mistake, he’s about to intercede when he’s stopped by a petite brunette who has schemes of her own.

Together, Emma and Derek hatch a plan to break up the newly engaged couple and keep the pieces for themselves. As their strategy nears success, the two must decide if they still want the pieces or if they’ve already found the person who makes them whole. 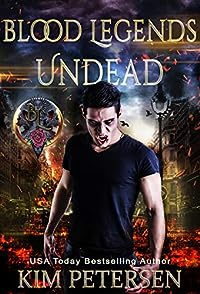 Undead: Blood Legends Book One (A Dark Vampire Fantasy in a Post-Apocalyptic World)
by Kim Petersen

What if saving humanity meant facing your deepest fears?

A deadly virus has ravaged the earth. Human survivors spend their days and nights fighting to stay alive in a world now owned by vampires.

Jett’s plans to get further off-grid fall apart when his woman suddenly disappears at the hands of the hawkers – the most deplorable and dangerous humans to survive the apocalypse.

Now, Jett is forced to confront evil head-on as he faces choices that he never dreamed possible.

Can he survive long enough to retrieve his woman before she is slaughtered? Or will he succumb to the bloody wrath of the Undead?

Undead is a new dark vampire fantasy set in a post-apocalyptic world from bestselling author Kim Petersen, the first book in the Blood Legends series. 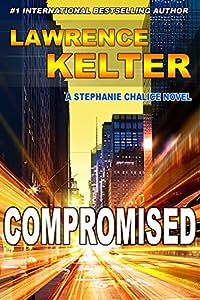 Secrets lead to lies and lies to murder in this pulse-pounding mystery with lots of shocking twists.

Two shots ring out from a rooftop. When the smoke clears, Detective Chalice is down and her rookie partner is dead. She’s sustained a traumatic head injury that has left her with a compromised memory and suffering from seizures.

Hurt, raw, and angry, Chalice is set on retribution. Joined by her former partner’s brother, Detective Yanagisawa, she will let nothing stand in her way as she pursues the shooter through the dark underworlds of American and Japanese organized crime.

But will Chalice’s obsession with vengeance stand in the way of her catching a mysterious psychopath who’s been preying on the young women of New York City? With a young child of her own to keep safe, Chalice must see justice served on all fronts before it’s too late.