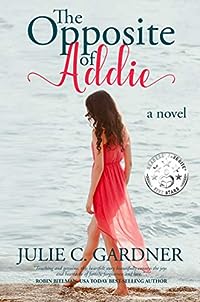 The Opposite of Addie: A Novel (Secrets in the Springs)
by Julie C. Gardner

Addie has a big secret she’s kept from Jake for 12 lonely years…
Single mom Addie never thought she’d see Jake again after her sudden departure from his life. When Jake shows up all these years later and meets her daughter — their daughter — Addie’s got a choice to make. Dealing with grief over her mother’s death and her father’s deception, Addie can’t let Jake into their lives. Even if he has reignited a spark inside her, he’s already proven he doesn’t want a family. But she’s starting to feel alive again. Maybe he’s changed?

Jake never wanted to be a father — until he met the 11-year-old daughter he didn’t know he had. Now that’s all he wants to be. Unless he can also be more to Addie. But Jake has his own secret, too, one he knows will keep Addie away for good. As Addie pieces together the mystery her mother left behind, her world is shaken with shocking revelations about the past. Unwilling to risk hurt and rejection again, Addie flees. But this time Jake follows. 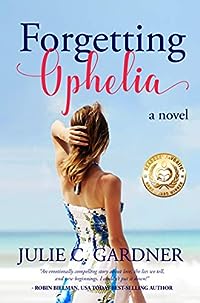 Forgetting Ophelia: A Novel (Secrets in the Springs)
by Julie C. Gardner

Ever-hopeful Lia thinks she’ll be with handsome, brooding Jake forever. Until one day he completely blindsides her and makes her question everything she knows… Lia Townsend is expecting a trip to Hawaii for her fifth wedding anniversary. Instead, her husband, Jake, walks out on her. Out of the blue. Devastated, Lia vows to win back Jake and the perfect life they shared.

Because it was perfect, wasn’t it?

As Lia searches for the truth behind Jake’s departure, the cracks in the shiny varnish begin to show. And once she uncovers his secret, all that she once knew and believed in crumbles.

Lia’s eccentric mother, her best friend, and two vastly different men each pull her in new directions, and Lia attempts to push past the pain and start anew.

But Jake isn’t gone for good. When an accident rocks the lives of their best friends, Lia and Jake are thrown together. Will Lia choose to salvage her old life with the man who broke her heart – or was everything they shared an illusion? 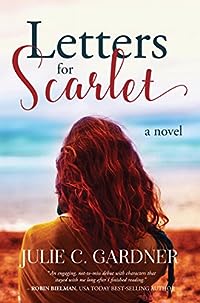 Letters for Scarlet: A Novel (Secrets in the Springs)
by Julie C. Gardner

What would you do if you received a letter from your past self? Sweet Corie and fiery Scarlet were best friends. Inseparable. Sisters of the heart. Until that one life-changing night they both wish they could take back…

Twenty-eight-year old Corie Harper embarks on an emotional journey after receiving a letter to herself she forgot she wrote. Although she spent a decade hiding her secrets, each page reminds her of the friendship she lost with her best friend, Scarlet, when her now-husband, Tucker, got between them.

Scarlet, who hasn’t seen Corie since, blazed her own path and left the past far behind. Or so she thinks. Pregnant with a baby she’s scared to have, Scarlet must decide if she wants to continue alone or find the courage to mend her broken friendship.

Can these former best friends overcome the betrayal that changed their lives? 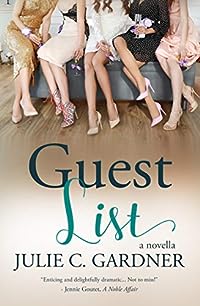 Guest List: A Novella (Secrets in the Springs)
by Julie C. Gardner

The invitations for their ten-year high school reunion have arrived. But not everyone is looking forward to the event… Corie cringes at the idea of going to the Conejo High School reunion. No longer the sweet and innocent girl her friends knew, she dreads facing them, knowing she’s hiding more secrets than she can count.

Fiery Scarlet, formerly Corie’s best friend, is now a high-powered attorney who has all but left the little town of Conejo Springs behind. She’s managed to block the memories for this long… but is it time to reconsider?

Renata’s self-confidence is still as low as it was in high school, despite continually working out and desperately trying not to worry about what people think of her. Will she have the courage to face the crowd of girls whose approval she never stopped seeking?

And sassy Kate is organizing the whole thing, even though she graduated in the class before them. What’s up her sleeve?

The high school reunion could be a smash hit or a total disaster. It all depends on who shows up. 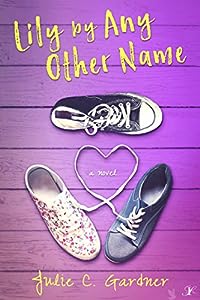 Lily by Any Other Name
by Julie C. Gardner

17-year-old Lily Anderson is ready to wrap herself in a big red bow and give Zach Hewitt the greatest gift in the history of Christmas: Her. But when she pulls a pair of booties from her stocking and learns her forty-year-old mother is pregnant, Lily finds herself adrift, unsure of Zach’s commitment.

Lily hopes Zach will anchor her with promises of love. Unfortunately, his chaotic home-life makes him afraid of those three little words; and Maddie Franklin-in her Amazing Technicolor Dream Thong-makes sure Zach can have her whenever he wants.

With the help of her best friend Sarah, Lily plots to secure her place in Zach’s heart. But after a series of awkward rejections, Lily loses faith in her dream boyfriend, in herself, even in Sarah.

That’s when Lily turns to Adam Connolly, a transfer student whose lash-y eyes and comfortable silences make her question who it is she wants and what she needs. But Adam’s support can’t help her the day Lily discovers her parents’ game-changing secret.

Faced with the truth, Lily must decide how to deal with her family’s past, take hold of her own future, and accept that there are many names for love.

Don’t bother making wishes; what you get is more than enough.