I really should have watched the trailer for this month before I declared it a dry month. 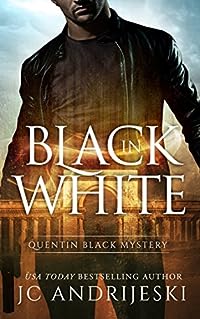 “My name is Black. Quentin Black.”

Gifted with an uncanny sense about people, psychologist Miri Fox works as an off and on profiler for the police. So when they think they’ve finally nailed the “Wedding Killer,” she agrees to check him out, using her gift to discover the truth.

But the suspect, Quentin Black, isn’t anything like Miri expects. He claims to be hunting the killer too and the longer Miri talks to him, the more determined she becomes to uncover his secrets.

When he confronts her about the nature of her peculiar “insight,” Miri gets pulled into Black’s bizarre world and embroiled in a game of cat and mouse with a deadly killer–who still might be Black himself. Worse, she finds herself irresistibly drawn to Black, a complication she doesn’t need with a best friend who’s a homicide cop and a boyfriend in intelligence.

Can Miriam see a way out or is her future covered in Black?

THE QUENTIN BLACK WORLD encompasses a number of dark, gritty paranormal mystery arcs with science fiction elements, starring brilliant and mysterious Quentin Black and forensic psychologist Miriam Fox. For fans of realistic paranormal mysteries with romantic elements, the series spans continents and dimensions as Black solves crimes, takes on other races and tries to keep his and Miri’s true identities secret to keep them both alive. 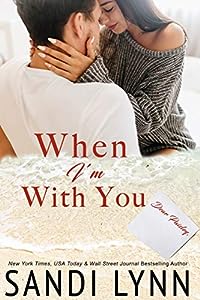 When I’m With You
by Sandi Lynn

From New York Times bestselling author Sandi Lynn comes a beautiful and emotional story about how learning to move on and love again isn’t always easy.

Two lives, two losses, and one meeting that changed their lives forever.

When I lost my husband to a massive heart attack, I tried my best to move forward. I wrote secret letters to him about what was going on in my life because somehow, it made the loss not feel as real. The emptiness, the loneliness, the numbness, and the need to get through the days was overwhelming. I thought my heart would stay shattered forever. Until one meeting changed my life and I met Ben.

Even the best laid plans in life get altered. Mine did. My wife and I had only been married five years when God took her away from me. Everyone kept telling me that time heals all wounds, but this was a wound that would never fully be healed. Trying to get back to the normalcy of life was exhausting, so I didn’t try anymore. Until one meeting changed my life and I met Paisley. 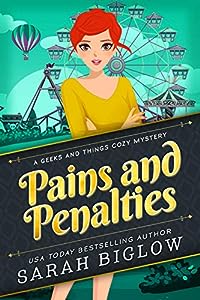 Kalina Greystone’s return home to Ellesworth, MA to take over the family’s comic book shop brings back old friends and even older secrets. A murder in plain sight at the annual Solstice Fair pushes her to snoop where she doesn’t belong–much to the chagrin of former high school sweetheart, Detective Christian Harper. As Kalina digs into the victim’s past, she uncovers a dark truth that the victim and her closest friends were hoping to take to the grave. A truth the killer wants revealed.

Will Kalina and Chris catch the killer before the killer’s thirst for vengeance is sated?

PAINS AND PENALTIES is the first book in this quirky, fast-paced cozy mystery series where you’ll find a dash of nerdy fun mixed with your new favorite amateur sleuth. 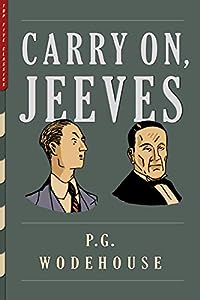 This Top Five Classics edition of Carry On, Jeeves by P.G. Wodehouse includes:

All 10 short stories from the 1925 edition of Carry On, Jeeves
More than 35 illustrations as they were originally published in the Strand
An informative introduction and detailed author bio

The Jeeves & Wooster stories by P.G. Wodehouse, which comprise 35 short stories and 11 novels written from 1915 to 1974, have become iconic and represent the finest work of one of the greatest humorists in the English language. This edition of Carry On, Jeeves, which includes the first meeting between Bertie and Jeeves (“Jeeves Takes Charge”) and the only story in the canon narrated by Jeeves (“Bertie Changes His Mind”), is a great place to start for anyone wanting to explore the hilarious world of the affable but dim-witted Bertie Wooster and his gentleman’s gentleman, the infinitely resourceful and utterly unflappable Jeeves. 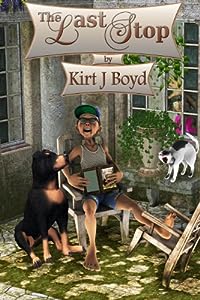 Getting older has never been so much fun…

All is not well at The Last Stop Retirement Home…
Aster, a long-time resident known for his intellectual prowess, is in the middle of a downward spiral for the ages after his wife leaves him for the resident heartthrob.

Down the hall, Ms. Fisher, fresh out of an unpleasant hospital stay, is convinced that her daughter and son-in-law are trying to kill her.

Lead Nurse, Cassandra, is busy building a better life for herself when she learns that her ex boyfriend has been released early from prison.

And the trouble doesn’t stop there.

New management, led by Helen Watson, is hard at work changing everything that makes The Last Stop great.

Even Holy Moses, the facility’s canine mascot, isn’t immune to the trouble. Helen has brought with her, of all things unholy, a cat named Midnight.

But things have a way of working themselves out, and the results are hilarious.

Included are twenty issues of The Last Stop Bulletin, written by the sometimes snarky, sometimes cranky, but always funny Chinwags.

Note: All books in this series can be enjoyed in any order.