Rain On The Frog’s Head

Hubby and I took our first COVID test today. My left nostril feels extremely violated. The right nostril is happy it was the left and not her. I guess my right nostril is a girl. The only words I heard the nurse say right before she did a deepsea diving expedition to the back of my brain was the word “Deep”. She saw my eyes get really wide at that point, so she went in like the Flash. Smart lady. She went so far in I am pretty sure we are Facebook friends now. Anyway… I will not be telling my baby bassets how it went. Some things are best left unsaid. 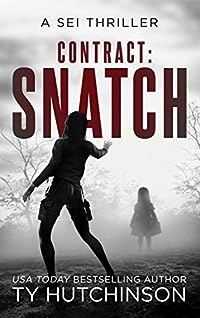 They used her daughter as bait. They messed with the wrong assassin.
Living a secluded life in Belgium, Sei has no plans to return to her former life as an assassin. But when contacted by a source claiming to have information about the daughter she thought she’d lost, Sei finds herself taking on one last mission.

Eager to learn the truth about her daughter, Sei agrees to help an infamous assassin escape from a Turkish prison. But this routine mission quickly turns into a fight for survival. Sei is forced to infiltrate the Albanian mafia, outsmart a ruthless prison warden, and evade Turkey’s brutal military police. Can Sei unravel the truth before time runs out?

A nail-biter filled with twists. Contract Snatch is perfect for fans of Child, Archer, Flynn, and Silva. 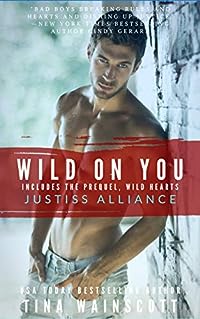 Wild On You (Justiss Alliance Book 1)
by Tina Wainscott

Meet the Justiss Alliance: Risk, Rath, Saxby, Knox, and Julian. Led by a mysterious employer with plenty to hide, these fallen stars of the D.O.D. are about to take advantage of their ruined reputations and start turning wrongs to rights — no matter the cost.

Wild Hearts: Five impeccably trained soldiers — used to danger, unafraid of death — are sent into a black ops assignment where no one knows the full story of deceit and deception. The situation gets ugly. The press gets wind. Someone has to take the fall. And when these five SEALs fall, they fall hard.

Wild On You: One untamable SEAL meets a woman who handles the wildest sort of animals — until she herself becomes the hunted.

When Rick Yarbrough, aka Risk, a discharged SEAL with a taste for danger, joins the Justiss Alliance, his first assignment seems like a baby-sitting gig: He must guard an out-of-control general’s daughter. Then he meets his charge.

Addie Wunder is no baby. She’s a dedicated animal-rights activist who isn’t above breaking the law if innocent creatures are threatened. But her work has made her a lot of powerful enemies. If she doesn’t stop, she may just turn herself into an endangered species.

Risk’s mission is to keep Addie out of trouble. But as they grow closer, Addie becomes so much more than a job. And the more he has to lose, the more Risk is willing to put his own life on the line — for her cause, her safety, and her sweet-hot embrace. 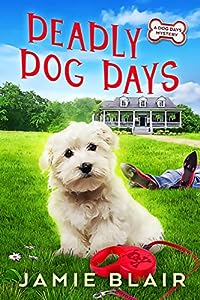 The dog days of summer can be murder on a girl!New to the historic town of Metamora, Indiana, Cameron Cripps-Hayman is looking to make friends with her neighbors. What she isn’t looking for is one of their bodies floating in the canal.

When she and her estranged husband, the town sheriff, are both named suspects for the murder, Cameron takes solving the crime into her own hands, teaming up with her eccentric co-workers who dub themselves The Metamora Action Agency.

As if hunting for a murderer with two high school geniuses, the town drunk, and an elderly kleptomaniac isn’t hard enough, Cameron adopts the five mangy guard dogs of her deceased neighbor. But maybe a stint at playing gatekeeper is just what she needs to come face-to-face with the killer and save another neighbor from being the next victim. 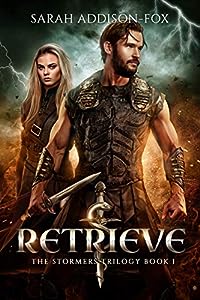 What if the job you took to stay alive might be what kills you?

His job in a Stormer Unit guarantees not just his survival in the decimated country of Azetaria, but his sister Meg’s.

Even if it means facing the Numachi warriors baying for his blood, he’ll do what it takes to keep her safe.

Hadley is alone and surviving the only way she knows how. By hiding where predators won’t find her and scavenging enough just to keep her alive.

When desperation drives Hadley to search for her missing brother, she mistakenly accepts the offer of recruitment into the Stormer’s camp, only to be partnered with Kade and sent as a scout into Numachi territory.

The intimidating young Stormer may just know where her brother has gone. But can they stay alive long enough to find him? 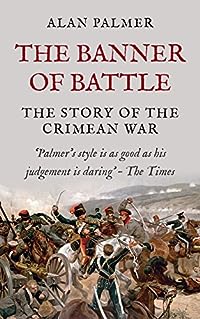 The Banner of Battle: The Story of the Crimean War
by Alan Palmer

In this classic account of the Crimean War, Alan Palmer puts the myths and realities of The Charge of the Light Brigade, Florence Nightingale, the rivalry between Lord Cardigan and Lord Lucan and the patriotic fervour of Imperial Britain into perspective.

The Crimea campaign was a story of Great Power politics and diplomacy.

In Palmer’s dramatic narrative, a war often viewed simply as a dramatic incident in the Eastern Question, emerges as a decisive campaign which lowered the stature of both defeated Russia and non-belligerent Austria, and so changed the power structure of Europe.

Making extensive use of Russian, French and Italian sources, and hitherto untapped material from British archives, Palmer takes the viewpoints of each country involved.

The comparisons are fascinating as the narrative moves back and forth between London, St Petersburg, Vienna and the battle fronts — allied and enemy, in the Baltic as well as around the coast of the Black Sea.

The Russian commanders are contrasted with their British and French counterparts and an original feature of the book is the examination of the Russian nursing services, and the work of Grand Duchess Elena Pavlovna and the great surgeon and educationalist, Nikola Pirogov.

The immediate realities of the war are juxtaposed with the politics behind the scenes particularly through the questioning letters of Aberdeen’s son at the battle fronts, to his father, the Prime Minister. A very different view of the war emerges from the letters of the vivacious and incorrigible Mrs Fanny Duberly, a Hussar officer’s wife, who accompanied her husband out to the East.

‘The Banner of Battle’ is the first comprehensive interpretation of the subject stressing the European and Baltic angles, and so bringing the Crimean War clearly and astutely into focus.