The X-carve hubby got me for Christmas is turning into the toy that we fight over. MINE MINE MINE! He wants to test things out and experiment, and I want to make real projects for me and my friends. The good thing that is coming out of our little arguments for me is the many trips to the hardware store that we have to make. I have been able to check out the clearance rack of plants in the nursery section a lot, and have found some real gems.  This is perfect because when it his hubby’s turn to make use the machine, I can plant my new plants in the garden. The deal is, if hubby wants me to cutback on plants, he has to give me more time on the machine. HA!! 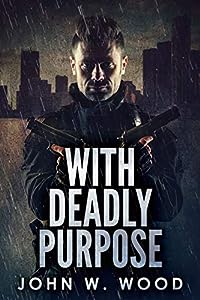 Former Marines, Early and Behr, are looking for the man who killed Early’s wife.

But after the two declare war on the Detroit drug trade in their search for the killer, they realize that none of their training has prepared them for the moment when they come face to face with the killer.

A man with a violent history, Early killed fourteen men in Afghanistan because they killed his friends. What is he ready to do to the man who killed his loved one? 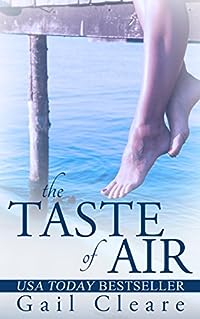 The Taste of Air
by Gail Cleare

A simple phone call disrupts Nell Williams’s well-ordered life. Her mother, Mary, is in a hospital in Vermont. But her mother is supposed to be safely tucked away in an assisted-living facility in Massachusetts, so Nell can’t fathom why she would be so far from home.

After notifying her sister, Bridget, Nell hops on a plane and rushes to her mother’s side. There, she discovers that her mother has been living a second life. Mary has another home and a set of complex relationships with people her daughters have never met.

When Nell and Bridget delve deeper into their mother’s lakeside hideaway, they uncover a vault of family secrets and the gateway to change for all three women. 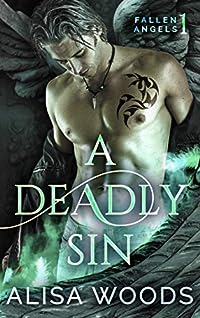 TAJAEL
I am an angeling of the light, Protector class, assigned to Guardian Duty… and I am Tempted.
A war brews in the immortal realms, between the Angels of Light — created to love and protect humanity — and their ancient enemy, the Fae. The Fae have created a demon plague to stop the humans and their technology from invading the immortal realms. I’m tasked with protecting a beautiful scientist who may do exactly that… but this duty is fraught with danger. Not due to the demons who hunt her but because a Fall from Lust will plunge me into shadow. I’ve already been marked by the darkness of that realm — and I’ve vowed never to return.

CHARLOTTE
I’m a scientist, a physicist, a woman of reason… and I don’t believe in angels.
My Ex broke me in ways I didn’t even know I could break. But I’ve moved on and put the nightmares behind me. Now I have work to do, a theory to test, and a billionaire lined up to fund my experiments. If I’m successful, it will change the world. Everything’s finally coming together — then my co-worker attacks me, my hot neighbor saves me, and suddenly, I’m wondering if there’s more to my theories about an extra-dimensional world than I ever suspected…

In a war that threatens mortals and immortals alike, the Angels of Light vow to protect humanity… but they will be tempted by the sweet promise of Love.

FALLEN ANGELS is a follow-on series from the bestselling FALLEN IMMORTALS series. It contains sexy hot angels of light — and shadow. 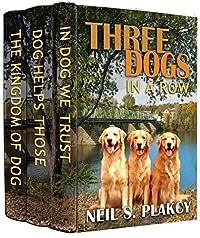 CAN A DOG REALLY SOLVE A MYSTERY? ROCHESTER CAN!

These are the first three books in the charming, cozy Golden Retriever Mystery Series, set in picturesque Bucks County, PA.

In IN DOG WE TRUST, Steve Levitan has returned to his hometown of Stewart’s Crossing, after a bad divorce and a brief prison term for computer hacking. While he’s getting his life back together, trying to start a new career in technical writing and reporting regularly to his parole officer, he becomes friendly with his next-door neighbor, Caroline Kelly, and her golden retriever, Rochester.

When Caroline is killed, Steve’s high-school pal, the local police detective, asks him to become the dog’s temporary guardian. With canine charm and doggy love, Rochester begins to win Steve over, and these two unlikely sleuths work to uncover the mystery behind Caroline’s death.

The second book in the series is THE KINGDOM OF DOG. When his mentor, Joe Dagorian, director of admissions at prestigious Eastern College, is murdered during a fund-raising event, Steve Levitan feels obliged to investigate. He and his golden retriever, Rochester, go nose to the ground to dig up clues, including a bloody knife and some curious photographs.

But will Steve’s curiosity and Rochester’s savvy save them when the killer comes calling?
It’s almost time for graduation in book three, DOG HELPS THOSE, and Eastern College is in trouble. A prominent alumna is
dead, and a faulty computer program is jeopardizing student records and financial aid. It’s up to Steve and Rochester to dig into the situation and retrieve the culprits!

Rita Gaines wasn’t a nice person — but she did love her dogs, and most of her clients respected her financial acumen and her talent in training dogs for agility trials. When she’s found dead, there’s a long line of potential suspects from Wall Street whiz kids to doting doggie daddies– including one of Steve’s former students.

Felae is an art prodigy now studying with Steve’s girlfriend, Lili, chair of Eastern’s Fine Arts department, and Rita hated his controversial senior project. When she tried to have his scholarship cancelled, he threatened to kill her. But is he the villain behind her death?

In between helping Steve’s high school friend Rick track the killer, Rochester practices darting around weave poles and jumping over limbo poles while Steve helps shepherd the college toward the completion of another academic year. It’s spring in Stewart’s Crossing, and old friends – and their dogs — gather together to investigate and eventually, to celebrate. 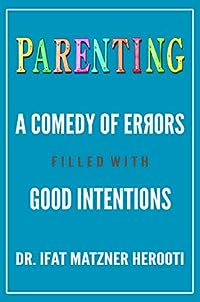 Parenting: A Comedy of Errors Filled With Good Intentions
by Ifat Matzner Herooti

We love our children and want to be the best parents we can be, but despite our intentions – and maybe because of them – we often lose our patience. This book will empower you with the tools to tackle the greatest challenge of your life, raising children.

No father wakes up in the morning and decides that today he will yell at his children, and no mother enjoys threatening or punishing. We love our children and want to be the best parents possible. Although we feel strongly about being understanding and kind, we often lose our patience and then regret our behavior later.

What happens in the space between our good intentions and reality, and more importantly – what can we do to alter our reactions?

Dr. Matzner-Herooti’s clear methods will help you understand yourself better and generate a change in self-awareness that will open up opportunities to connect with your children. It is written for parents with children of all ages and offers practical tools for facing burning questions, such as:

• How to handle temper tantrums?

• How to resolve sibling rivalry without making it worse?

• How to prevent morning routines from becoming morning melt downs?

• Do threats and punishments actually work, or do they do more harm than good?

Dr. Ifat Matzner-Herooti, a parenting coach and lecturer, shares her expertise by introducing an approach to help you raise children with confidence, emotional intelligence and empathy. This book will help you discover that every parenting challenge is an opportunity for you to learn and grow. The concepts she outlines are simultaneously profound and practical, serious and amusing, just like life.