Today is NOT my hubby’s birthday. Could someone please tell me this. We started dating back in 2001, and were married in 2004, and for some strange reason I just can’t get it out of my head that his birthday is on the 19th and not the 18th. Twenty years and twenty birthdays, and it just won’t sink in. Thankfully I can always depend on his mom to mention the date, so I don’t have to sneak into hubby’s wallet and look at his drivers license. You would think I could remember any date that has cake involved, but unfortunately I am so burned out from all the sins from the holidays that cake is the last thing on my mind. There is always the option of having pie, but to me pie is a breakfast food, and birthday candles just don’t look right in a pie. Well, I have the correct date and a shopping list that includes cake. Today will be a great day. 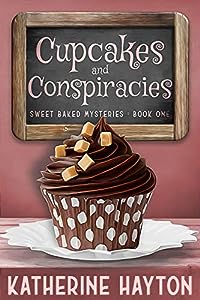 This Sweet Baked Mystery is certified allergy-free of the following ingredients:
No Swearing
No Gore
No Graphic Scenes
and absolutely No Cliffhangers!

Warning: May contain traces of danger and good humor. 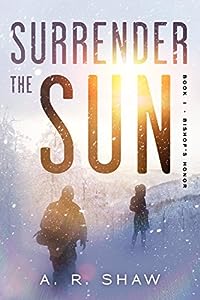 WHEN THE SNOW HITS THE FAN, WILL YOU BE READY?

• A war-weary community scrambles to survive.

• A recluse veteran must take charge or most will die from the effects of severe weather, but also from the deeds of man himself. 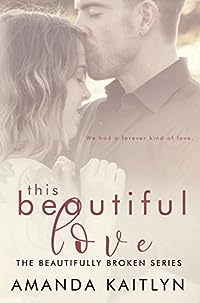 “We had the forever kind of love. There was nothing I wouldn’t do for him, except let him go.”

Aria never imagined that she would find true happiness and love after living the life she had. She’d felt heartbreak, she’d fallen and feared, and she’d hid from the hell her life had become.

But she also fought. She bled. She grew stronger and stood taller as the love of one man, the love of her life, stood beside her. His love had carried her through the worst of times, and the best, and she refused to let him go without a fight.

Gavin Thomas was always the strong one. No matter what happened, he would rise above it and be stronger for the struggles he had faced. The second his beautiful wife walked into his life, everything changed. He became her protector, her lover, her best friend and then, her husband.

Two children, a thousand kisses and a decade later, the love that had sparked between them was as strong as ever, and he thanked his lucky stars every day because of it. But is forever possible for them?

This is a standalone romance, and can be enjoyed even if you haven’t read other books in the series.

From Eagles pass with a knife fight to the death of two half Cherokee mountain men. To brief encounters with Lopez the Outlaw and his torturous ways. Ranger Creek of the Laredo Texas Rangers encounters the challenge of his lifetime in the face of staggering odds against Kiowa Warrior Braves on the trail to hell along the River Rio Grande. On to confront the well-known Texan Gunslinger King Fisher and his gang. Finally chasing the woman outlaw and stagecoach robber Bella Star, west across the Texan Badlands.

Ash Lingam has created a true old-style Western Lawman in the manner of such greats as Sergio Leone, Charles Portis, and Larry McMurtry with a taste of Quentin Tarantino. A true Western Adventure. (Sundog Series Vol. 4) 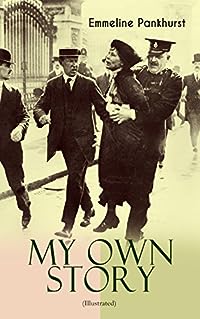 MY OWN STORY (Illustrated): The Inspiring & Powerful Autobiography of the Determined Woman Who Founded the Militant WPSU “Suffragette” Movement
by Emmeline Pankhurst

“Women are very slow to rouse, but once they are aroused, once they are determined, nothing on earth and nothing in heaven will make women give way; it is impossible.”
Emmeline Pankhurst, born in 1858, was a British political activist and leader of the British suffragette movement who helped women win the right to vote. Pankhurst’s militant tactics made her many admirers and foes alike. Tired of weak and non-violent demands for women enfranchisement, Pankhurst decided to attract attention of authorities by adopting arson as a method. Pankhurst founded the Women’s Social and Political Union (WSPU), an all-women suffrage advocacy organization dedicated to “deeds, not words”. Pankhurst, her daughters, and other WSPU activists received repeated prison sentences, where they staged hunger strikes to secure better conditions. Emmeline fought till the end, sacrificed comfort lifestyle and her family, risked her own life number of time. She dedicated herself to the cause completely and did everything for her ideals and beliefs in a just and equal society. Emmeline Pankhurst died in 1928, shortly before women were given full voting rights. This edition brings to you the powerful autobiography of this courageous woman in celebration of the undying spirit of freedom, equality and woman power.
In 1999 Time named Pankhurst as one of the 100 Most Important People of the 20th Century, stating “she shaped an idea of women for our time; she shook society into a new pattern from which there could be no going back”. She was widely criticized for her militant tactics, and historians disagree about their effectiveness, but her work is recognized as a crucial element in achieving women’s suffrage in Britain.