I Can Eat Just One

February first is not the first day of spring. I know this in my head, but my heart says something else. I have it stuck in my heart that December and January are winter months, but February is the perfect time to start planting for spring color. We still have plenty of threats of frost. If I plant anything now, it will die. This is a fact. Unfortunately I will not be able to stop myself from going to the garden store to “Just Look”. That never works. That is like me saying i will have just one cookie. No.. I will have one plate of cookies, thank you. Today I will do my best to avoid the plant store. On a separate note, I am off to the grocery store to buy Valentines Day candy to use as decorations, but not to eat. Nope… purely decoration. I can refrain from eating the delicious dark chocolate hearts….right??? 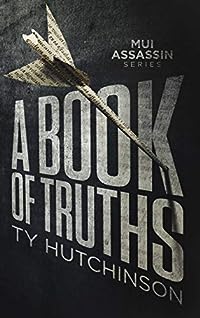 A Book of Truths (Mui Thriller Series 1)
by Ty Hutchinson

When a book filled with cryptic handwriting falls into Mui’s possession, she thinks nothing of the scribbling — until she learns the writings are hidden messages, and one is connected to her past.

But Mui’s not the only one interested in the book. A secret organization called the Bibliokeepers created the book and they want it back. Two of their members have been killed and they fear anyone who comes in contact with the book could be next. Will Mui fall victim while figuring out her connection to the book?

A Book of Truths is the first installment in a gripping series about a daughter of an assassin. 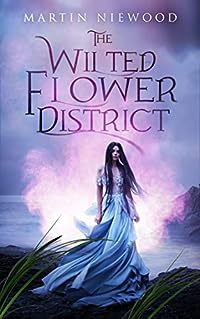 At sixteen Violet Noone is thrown into a world of deception and betrayal when her sister, Ophelia, missing and presumed dead for the last four years, suddenly reenters her life. Violet and her brother, Weylin, venture into in a desolate district of Fairhaven to meet Ophelia but instead of finding her, they discover the brutally murdered body of a young man, Claude Cole. Fleeing the scene, they become suspects, relentlessly pursued by Penny, the officer in charge of the investigation. They soon learn that this murder is no isolated incident as they unravel its mysterious connection to the forbidden fruit, Elsyn.
Things in the Domain are different than they were on Earth. For one thing, death there holds no promise of rebirth into another realm. Fairhaven is an energized and diverse city with many neighborhoods including the Wilted Flower District, where Violet lives with her adoptive family. Having lost her parents many years ago, Violet relies on her brother, Weylin, and her best friend, Deena, for support while concealing the truth from her adoptive mom, Ivy, whose help she needs the most.
Determined to solve the mystery and reunite her family, Violet confronts her own beliefs, the political order, and the physical world. The question is how far is she willing to go? 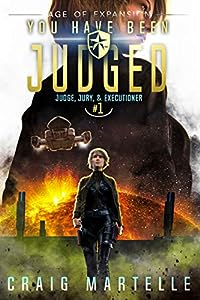 Rivka Anoa has a gift and a galactic mandate.

She’s a lawyer accused of a murder she did commit. She stands ready to accept her fate, even though her victim was a murderer. A second chance appears. Become more than a lawyer. Be one who judges and punishes the guilty.

Could she look herself in the mirror after meting out justice? She’s about to find out. Rivka heads to space to be the Judge, Jury, & Executioner. Criminals have nowhere to go.

You Have Been Judged…
Get it now.

Judge, Jury, & Executioner is a stand-alone series in the Kurtherian Gambit Universe. No previous books need to be read. Just lock in your seat-belt, grab your favorite drink and be ready for your socks to be blown off. 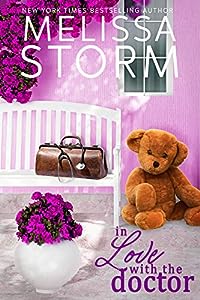 Pregnant, scared, and alone, Mandy Rockwell has sworn off men for good. Still, she refuses to give up her baby, or her dream of opening her own bakery. Which leaves little room in her life for anything else, especially not another high-risk relationship. When she moves in with her grandmother in her Texas retirement community, the last thing she expects to find is love. Add in a dreamy doctor on the run from his past and an entire village filled with nosy seniors, and away we go.

This quick, light-hearted romance from a New York Times bestselling author is sure to put a smile on your face and a song in your heart! 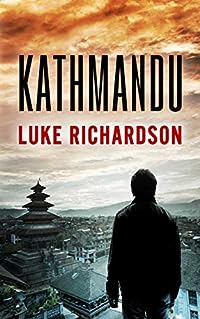 Leo’s jobless, crippled by anxiety, and obsessed with a girl he hasn’t seen in two years.

Just as things reach an all-time low, Leo’s thrown a lifeline. A politician’s missing daughter has been traced to Kathmandu. Leo must go there and find her, if his anxiety and the mysterious city will allow.

Escaped from her family and travelling the world, all Allissa wants is to be left alone. Running a hostel for the victims of people traffickers in Kathmandu, she hopes the surrounding mountains will keep the world away.

In his bid to prove himself, Leo sets off on a twisting trail through Kathmandu’s labyrinthine streets. But with a storm on the way, the city revealing a dark side, and unexpected danger around every corner, can he find Allissa and get out alive?