Chronicles of the Hamlet of Sipsey by Carol Gosa-Summerville

Author Carol Gosa-Summerville is an Alabama native born and bred. “I love the southern landscape(s), the weather, the people, and the food. It’s been a remarkable journey as I began life in segregated times and witnessed the change before my eyes. I’d love for my readers to take the journey with me through the changes this country has undergone in my lifetime. That’s where my book, The Burden of Sweetberry begins. The southern black church is prominently on display in this book. From preaching and singing to baptism and shouting, this book captures our worship experience. The characters in the Chronicles of the Hamlet of Sipsey series are people you know. They love, they cry, they give you a piece of their minds, and stand with you in the face of terror. Watch the transformation of the main character, Sweetberry, as she grapples with the tragedy she’s witnessed.” 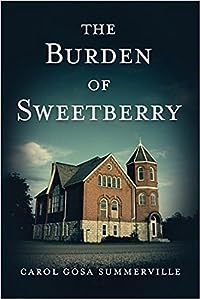 The Burden of Sweetberry: (African American Christian Fiction) (Chronicles of the Hamlet of Sipsey Book 1)
by Carol Gosa-Summerville

Sweetberry has lived her life depending on men. She left home as a teenager with soul singer, Eddie Simpson, hoping to live the high life in New York City. When that life ends in a tragedy, she returns home sick and penniless. With no skills and a child to take care of, all she has is her beauty and sensuality, and they become her bargaining chips with men.

A Powerful Story of Sin and Redemption

Josiah Hess, a respectable married man and deacon of the church, falls in love with Sweetberry. His compassion for her situation compels him to offer that if she’ll stop bedding down with other men, he’ll take care of her. Sweetberry agrees to this arrangement, and they begin a long term affair in the presence of the community, the church, and even his wife. A child is born to Sweetberry during this affair. Then Luther McGill comes to town. A big shot and a braggart, Luther McGill is immediately attracted to Sweetberry. His wooing of her over the other women in town emboldens her and she begins a relationship with him. Believing Sweetberry’s interest in him is a passing fancy, Josiah Hess doesn’t challenge it. But Luther’s control of Sweetberry and his disdain for the deacon set off a series of events that end with Josiah Hess killing him on the church ground. Living with the aftermath of this tragedy sends Sweetberry into an abyss of demons and darkness and a fierce struggle for a life of redemption 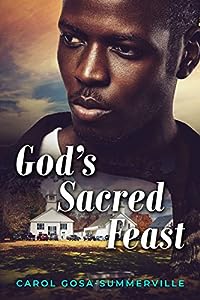 God’s Sacred Feast: Healing for the Wounded (Chronicles of the Hamlet of Sipsey Book 2)
by Carol Gosa-Summerville

God’s Sacared Feast is the second novel in the series “Chronicles of the Hamlet of Sipsey.” Set in the fictitious town of Sipsey, Alabama, in 1965, it continues the drama that shapes the lives of the characters introduced in “The Burden of Sweetberry.”
While Sipsey is trying to recover from a heartbreaking tragedy, other problems arise.
A robbery occurs and an unpopular suspect is charged with the crime. Without knowing whether he’s guilty or not, the townspeople declare their hatred of him and convict him in the court of public opinion.
Meanwhile, Deacon Branhope “Sugarfoot” Collins, flirts with celibacy after he’s brought before the deacon board for being named in an embarrassing scandal. As he struggles to control his actions, he’s tempted by lust and fantasizes about a mysterious love.
Deacon Johnny Goines, the moral center of the community, is stricken with grief when his youngest child is mortally wounded and he has to go before the throne of grace and beg for mercy.
Finally, Sister Jericho, formerly known as Sweetberry, is shocked and her faith tested when Janelle returns home with two strangers and she’s faced with the challenge of accepting one and forgiving the other.
God’s Sacred Feast brings these characters to the welcome table and offers comfort, forgiveness, and redemption to their feisty and flawed souls. 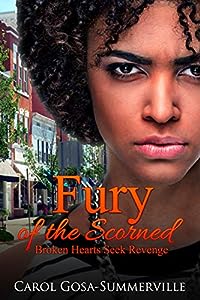 Fury of the Scorned: Broken Hearts Seek Revenge (Chronicles of the Hamlet of Sipsey Book 3)
by Carol Gosa-Summerville

As his wife turns up in Sipsey, Sugarfoot is in Jemison Beach, Florida, pursuing wealthy Clarice Vanderway. Freddie Dee Varner is trying to wedge her way into his life by tearing him down in order to build him. But when he returns to Sipsey, all hell breaks loose. The scandal that arises from his deception causes the deacons to consider kicking him out of the church, and Clarice Vanderway never wants to see him again. Only Freddie Dee still carries a torch for him and she want him back at all cost.

The Deacon and the Heiress : His Pride, Her Privilege
by Carol Gosa-Summerville

The beautiful heiress, Clarice Vanderway, has found the love of her life. Deacon Branhope “Sugarfoot” Collins is the drop dead gorgeous carpenter who can’t seem to stay out of trouble. He’s been kicked off the deacon board and arrested for assault. Lately, he was seen coming out of the woods in a compromising situation with another woman. As Clarice struggles to find a way to his heart, she learns in a very embarrassing manner that her father is not who she thinks he is. Her life is suddenly in an upheaval. Must she abandon her dream of love and happiness, or is she doomed to a life of loneliness? The Deacon and the Heiress is a fascinating drama that will shock, grieve, and amuse. 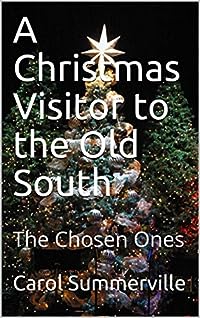 A Christmas Visitor to the Old South: The Chosen Ones
by Carol Gosa-Summerville

In the Old South, after the Civil War, communities have to start over defining themselves. Recently freed Blacks have to build communities, churches, and schools. White families, devastated by war, have to rebuild a civilization presently in ruins. What the No Name community needs is a miracle. Into the town of No Name comes a young man determined to help the town rebuild and become better than it ever was before. But there are challenges. Old habits die hard. Some must die in order for the town to become what it’s supposed to be. This young man helps this town to decide the direction that it wants to go.