The Perfect Tool For Baking

OH WHAT LUCK! Today is day one of the Annual Two days of Christmas Cookie Baking Extravaganza! That title keeps getting longer and longer. Anywho.. I am really excited because I found an old fly swatter that would work perfectly with my cookie baking. Nooo…. I will not use it on the cookies. I am going to use it on any family members who try to steal cookie dough or worse… a finished cookie! NO COOKIE FOR YOU! We all have to wait until I have packed all the cookie boxes for our friends and neighbors,  and then we get what is left over. I always over bake, so we will have plenty to last us the whole month. COOKIE TIME! 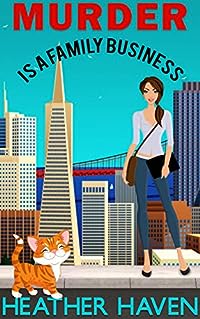 A DETECTIVE AGENCY WITH HEART.
ALSO MOM, KIDS, AND A KITTEN!

It’s a dismal day for the PI firm to the stars of Silicon Valley when their own star is huddled in a phone booth instead of tracking down stolen software. Sadly, ace detective Lee Alvarez is currently taking shelter from a deluge while surveilling some rat of a husband. This is way beneath her dignity!

Worse, she may be trapped with another rat. Something in there just moved.

When you catch on that this is the kind of mystery that starts with rescuing a kitten, you know you’re in good hands!

But Lee can’t forget the surveillance — she’s been assigned to the case by her formidable boss, the elegant Lila Alvarez (aka her mom), who’s doing a favor for an old friend. When she investigates why the rat hasn’t left his lair, she discovers the worst, — he has a few fresh holes in his chest.

She soon uncovers a criminal web of international proportions amid dark and harrowing dangers she never signed up for. But is she up to a near-death experience? Well! Is a kitten adorable?

Author Haven quickly rolls out all the warm and fuzzy delights a cozy fan could wish for — in the form of a delightfully eccentric, usually squabbling, yet thoroughly loving detective family, each with his or her special talent, beginning with its matriarch. Lila possesses all the WASPy refinement of Princess Grace, in cool contrast to her spirited half-Latina daughter Lee. (Liana to her mom, and that tells you so much!)

Completing the quartet is the adoring uncle you’ve always wanted (he cooks!), and the genius bro’ who made the firm famous with his brilliant cyber-detection. Trust us, this series has everything but tea and cookies.

Readers will also enjoy the fact that this series may be a first. Father/son detective teams abound — think The Republic of Doyle and The Good Cop — but mom/daughter sleuths are an idea whose time has come. Step right up and meet Lee and Lila. 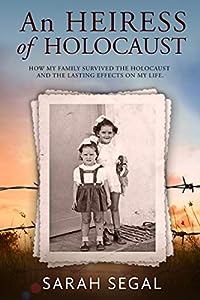 An Heiress of Holocaust: How my family survived the holocaust and the lasting effects on my life
by Sarah Segal

Poland, 1942. “My mom told me how her sister, Cirella, threw her two-year-old daughter Bella from the window of the moving train that was taking them to the concentration camp Treblinka. How the mother had leaped after the baby but was killed by the bullet of a Polish guard. Mom told how the toddler was last seen sitting in the place where she had fallen, while a Polish woman gathered her up into her lap. You have a cousin in Wysokie Mazowickie who surely survived. Maybe one day you will manage to find her.”

Sarah Segal tells the horrific tale of the Holocaust, the gripping story of her family and her ravaged home. She relates the story of a family member who served in the special Sonderkommando unit in Auschwitz, who spent six years in the Holocaust with death breathing down his neck. She describes how this brave group of strong Jewish men were forced to aid the Nazis in carrying out the Final Solution to the Jewish problem. How these prisoners of Auschwitz managed to go on after sending their victims to the gas chambers and then to the crematoriums.

The author goes on to describe the defining moments of her childhood after the Holocaust, when her family immigrated to the State of Israel. She recounts her childhood in the shadow of a Holocaust survivor mother, the responsibility she undertook as a child by becoming an anchor for her mother’s bi-polar disorder, and how her family never escaped the ever-present black mantle of the Holocaust.

An Heiress of the Holocaust allows the reader a rare glimpse into the darkest time in human history, and its continuous and devastating effect on the lives of Holocaust survivors and their successors. 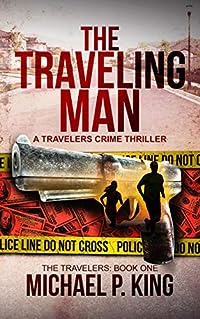 The Traveling Man (The Travelers Book 1)
by Michael P. King

In a life-and-death contest among criminals, even the most cunning may not survive in Michael P. King’s thrilling “must read” (Kirkus Reviews) debut.

The Traveling Man and his wife have built a life for themselves conning criminals and getting away scot-free. But when their latest scheme to sell contaminated land goes south, they find themselves in a cat-and-mouse game with the crime boss who’s turned the tables on them and the partners who’ve betrayed them.

Are you ready to take a walk on the wild side? If you like pulse-pounding action, nail-biting plot twists, and criminal intrigue, then you’ll love The Traveling Man, the first book in the Travelers series of sizzling page-turners. 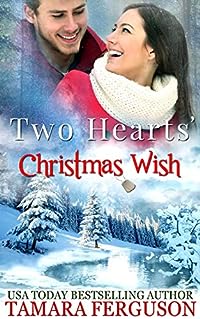 After Fifteen Years, Will There Still Be That Special Magic Between Kat And Jason To Make Their Long Ago Christmas Wishes Come True?

Seventeen-year-old Jason Matthews made a wish when he’d shared a kiss with Katherine Conlin under the mistletoe at Dragonfly Pointe fourteen years ago. Now an Air Force Captain and wounded warrior, he awakens in the hospital in Germany where his dreams have been invaded by the girl from his past.

Once he returns home to the states, he finds out approaching Kat might be a little more difficult than he’d thought since she’s been in a long term relationship for nearly two years.

But another year later when Jason discovers she’s on her way to the Dragonfly Pointe Inn for the Christmas holidays without her boyfriend, he seizes the opportunity to become reacquainted.

Kat had been expecting a proposal this Christmas, and when her boyfriend backs out yet again on the carefully laid plans she’s made for them, she realizes she probably wouldn’t have been happy with him anyway.

Kat has often wondered what happened to Jason Matthews, the boy she’d made a wish with years ago, and the last thing she expects is to run into him again at the Dragonfly Pointe Inn.

Will there still be that special Christmas magic between them to make those long ago wishes come true? 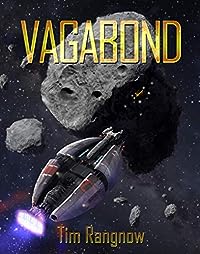 They say some things are too good to be true, and this job could be one of them.

Erik Frost is the captain of the Transport Guild freighter Vagabond. His father’s death left him with overwhelming debts and a rattling ship badly in need of an overhaul.

When he is offered a mysterious job with few details and a large payout, he can’t resist the opportunity it represents. He and his crew head for the asteroid belt to deliver their cargo, but first they face ship malfunctions, a rogue AI, and a discovery that could shift the balance of power in the system.