Oh my gosh! I am sore this morning from baking cookies all day yesterday. My neck and back are killing me. I am so weak. BWAHAHAHA! Those Pinwheel Date cookies are a bit tedious to make, but it’s not “Hurt Neck & Back” hard. I baked four batches yesterday because I hate dates. I know that sounds strange, but I bought the dates at Costco because they were cheaper there than in the regular grocery store. Unfortunately it was a Costco size package of two pounds, which translates to four batches. I won’t eat dates if they are not in a cookie, so in order to not waste them I had to bake them all. I was not completely cruel to my family yesterday. I didn’t make them smell the delicious cookies and not let them eat any. I let everyone have one cookie. OH MY GOSH!!! They are totally worth the bad back and neck. So Yummy! I will post the recipes for all the cookies I am making this year very soon. I just have to get through day two of my cookie baking extravaganza. 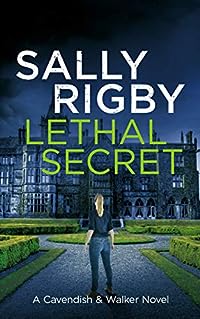 Someone has a secret. A secret worth killing for…

When a series of suicides, linked to the Wellness Spirit Centre, turn out to be murder, it brings together DCI Whitney Walker and forensic psychologist Dr Georgina Cavendish for another investigation. But as they delve deeper, they come across a tangle of secrets and the very real risk that the killer will strike again.

As the clock ticks down, the only way forward is to infiltrate the centre. But the outcome is disastrous, in more ways than one.

For fans of Angela Marsons, Rachel Abbott and M A Comley, Lethal Secret is the fourth book in the Cavendish & Walker crime fiction series. 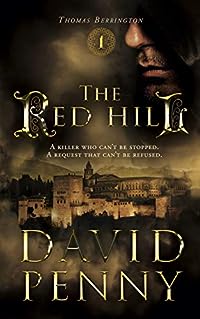 1482: Granada, Andalucia
When death comes to the Alhambra palace a hero is needed… but did they pick the right man?
A demand is made of Englishman and physician Thomas Berrington – to investigate a series of deaths, each displaying the marks of a savage attack. At first reluctant he is drawn deeper into the investigation when one of the Sultan’s wives is brutally murdered. Teaming up with the eunuch Jorge the pair pursue the killer before another victim is chosen. As the investigation continues they discover nothing is as it seems and nobody can be trusted.
Al-Hamra, the palace perched atop the red hill, holds its secrets close. As the truth starts to be uncovered their discoveries culminate in a battle not only for their own lives, but for the lives of those they love.
For anyone who likes breakneck pacing, medieval murder mystery, and complex characters the Red Hill delivers a rewarding read.

Marine veteran Austin Flint knows all about trouble. He fought it in Afghanistan, and now he battles it at home as the head of Six Points Tactical & Security. In his line of work, he can’t afford to be distracted by anything… or anyone, and that includes Nina Petrov, his cyber security expert. She’s got a chip on her shoulder, a smart mouth. And a body that just doesn’t quit. She’s also his employee, which makes her off limits, no matter how badly he wants her. But when her life is threatened by the Russian mafia, he’ll do what it takes to protect her, even if that means breaking his own code of honor and claiming her as his own.

***A sizzling standalone romance***
***Each book of the Six Points Security Series follows a different couple.***

Confessions of an Angel Cat
by Nic Tatano

Meet Murphy, an Angel Cat. An actual Guardian Angel in the form of a cat.

Guardian Angels take different forms on Earth, but in the case of Angel Cats, they’re sent on missions to fix broken lives. And while doing so, they strive to achieve a “heart lock” with a human, a bond so strong it will last forever. Their reward is to spend eternity in Heaven with their special person.

Alas, Murphy has failed several times and is beginning to wonder if he’s cut out for the job.

But when he’s assigned to Maggie Ryan, a seriously ill teenage girl who is ready to give up, he begins to see the proverbial bright light.

Will he be able to turn Maggie’s life around, and, in doing so, achieve the heart lock he so desperately wants? 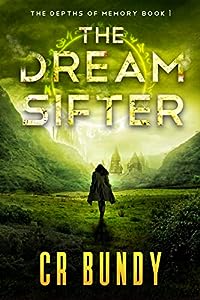 “Well-thought and greatly planned, The Dream Sifter deserves to be featured among classic gems of science-fiction. The author’s linguistic richness and her ingenious world created from scratch compile a novel which promises intense suspense and plot twists.”
Augustine (inkandpapercuts.wordpress.com)

Glimpses. Images of the past… or future? Delusions, powers, or maybe she’s just going crazy? Rai Durmah can’t be sure of anything.

With no recollection of her prior life, she’s placed with an adoptive family who doubts her words and motives.

Her curiosity and nightmares catapult her into a world, of danger, mystery, and horror.

But when she realizes who and what she really is, the real fight begins.
As long as she can sift through the lies…