I’m off to Costco to get the cheesecake and apple pie they didn’t have yesterday. I just love the excitement and thrill of the hunt. Wish me luck! 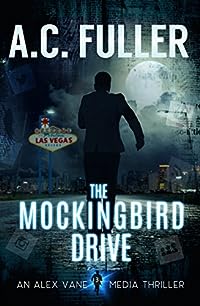 Five people are dead at a small Las Vegas newspaper… The police and the media are running with the “official story”… But Alex Vane is after the truth.
Alex Vane was once a top investigative journalist. Now he peddles celebrity gossip and clickbait listicles, watching from a distance as his wife moves on with her life – without him. But Alex’s past catches up to him when he learns that an old source, James Stacy, has been killed in a random mass shooting.

James left Alex one last scoop: a 50-year-old hard drive that may contain a secret worth killing for… and the name of the one person who can help him access the data. That person is Quinn Rivers, a paranoid and reclusive computer expert who believes the CIA is tracking her every move. And she may be right.

When Alex shows up at her door with the hard drive, armed operatives are right behind him. Now Alex and Quinn are on the run. There is no one to trust, nowhere to hide, and nothing but the hard drive to prove that James Stacy’s death wasn’t random at all. 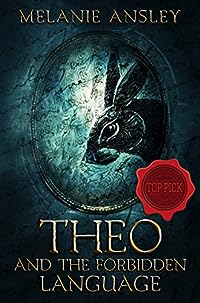 Theo and the Forbidden Language
by Melanie Ansley

In the land of Mankahar, where reading and writing are punishable by death, a battle is raging. The human empire is robbing animals of speech using a poison called “pacification,” and is marching to the furthest corners of the land to enslave animals large and small for use on their farms. The only thing standing against them is the Order, a society of free animals determined to defend their way of life.

On the western fringes of Mankahar, the rabbit Theo hides a secret: he knows the forbidden language, the symbols used to “catch words”. When his village exiles him, he joins Brune, an axe wielding bear and loyal member of the Order, in the epic fight against the empire.

But the Order’s cause proves dangerous. Whom can Theo trust, when the empire punishes those who read or write with death? Worse, his fellow animals view the written word as sacrilegious. As the war for Mankahar’s fate looms, Theo must risk everything to learn the full power of the forbidden language, or be silenced forever. 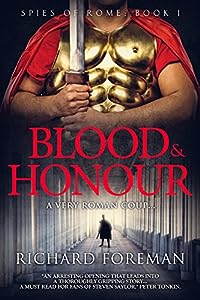 The civil war is over.

Augustus Caesar is the First Man of Rome.

But Marcus Agrippa has heard rumours of a coup, centred around the senator Lucius Scaurus.

He enlists the help of the poet Rufus Varro and his bodyguard Manius to help investigate.

The senator has recruited a company of actors and school of gladiators to further his ambitions. But what is his ultimate plan?

Varro must get to the heart of the conspiracy, or die trying.

‘Spies of Rome: Blood & Honour’ is the first book in a new series by bestselling author Richard Foreman. 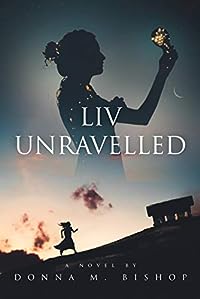 Liv’s world is unravelling. She is 30, living back-to-the-land on her idyllic farm in the 1980s. Her once-happy marriage to a charismatic sociology professor is crumbling under the pressure of his increasingly erratic behaviour. Liv herself is struggling to overcome her fear of conflict and take control of her life.
She turns to her close friend Celeste, a hypnotherapist, and, with some trepidation, agrees to undergo hypno-regression therapy. She learns to follow threads that connect her to past incarnations of her spirit. With techniques both scientific and fanciful, Liv is able to observe the stories of characters who have visited her dreams, haunted her nightmares and captivated her imagination.
These stories of Liv’s past lives are interwoven with episodes from her current life: her marriage, her young children, and her own early years. Liv comes to understand that her past traumas will neither define nor defeat her.
The themes running through the novel are forever topical: relationships, mental illness, addiction, sexual abuse and family dysfunction. The overlying message of the story is the survival, healing and happiness that is possible with the power of having our stories heard, being believed and discovering our inner strengths, love and fortifying friendships. 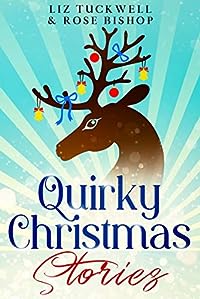 Christmas with a Twist!

This collection of Christmas stories puts a different spin on some of the clichés of the festive season.

Why is Santa stalking a couple?

Who will protect seven-year-old Jeannie when a fake Santa comes to call?

What is the real story of the first Christmas?

You’ll enjoy these and other quirky Christmas stories, curled up on the sofa when the long winter nights draw in.