So many books… so much time. I heard we were going to be on lock down again soon. I picked up a bunch of free kindle books on organizing your home, cooking, and getting in shape. So my plan is to watch Netflix. 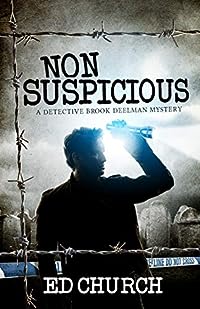 Someone is killing British war veterans. Homicide can’t see anything suspicious. In fact, the only person asking questions is a jaded Met detective with breakfast beers on his mind. Shame for the killer…

Standing between Brook and the truth: a police cover-up, a professional hitman, and a dark secret going back to the final throes of WW2. But what exactly happened in those last days at Stalag IV-B? And why is the past catching up with people now?

In a web of loyalty and betrayal, revenge and redemption, an old police saying has never been truer: Assume nothing. The closer Brook Deelman gets to the heart of the conspiracy… the more seismic the twists will become.

Trapped together in the snow, can two grinches melt the walls they’ve built around themselves?

Tracey is a tech millionaire. Burned out and fed up of people needing her all the time, she retreats to a rural English village. All she wants for Christmas is a of bit space.

Dumped by the woman he was about to propose to, Vinnie is spending Christmas alone in a cosy cottage for two. All he wants is to hide away and lick his wounds. Alone.

When Tracey gets caught in a blizzard, the only place she can take shelter is Vinnie’s cottage. Can two snowbound people stop being grumpy for long enought to feel their attraction to each other? 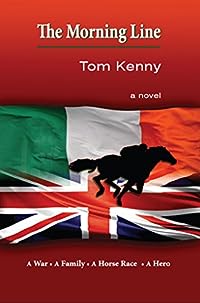 The Morning Line: A War, A Family, A Horse Race, a Hero
by Tom Kenny

On a raw winter night in Northern Ireland, a misplaced bullet from the rifle of a British Army sniper sets off a series of events that culminate a decade later on a sun-filled summer day at Saratoga Race Course in upstate New York. In the intervening years, a brother and sister are torn apart by the violence gently referred to as The Troubles. Feisty Annie McGuire seeks retribution and connects with the Irish Republican Army. Her brother, Aidan, puts a scheme into play that he hopes will accomplish more than an eye for an eye.

Aidan, a highly regarded trainer of thoroughbreds, controls the great race horse, Irish Eagle. A brilliant success on the European race circuit, Irish Eagle is now pointed toward the Travers Stakes at Saratoga. Taking advantage of Aidan’s ability to have Irish Eagle finish as an also-ran, the IRA now must insure which horse could finish first. To accomplish this, they call upon their Irish cousins in the US who have a relationship, albeit shaky, with those who can dictate the outcome of a horse race – the Boston Mafioso.

Late on a Saturday afternoon in August, as the horses thunder down the homestretch at fabled Saratoga, it becomes clear that relying on inside information can be a hazardous game. But things may not be as they appear. The story returns to the British Isles for its surprising resolution.

Leary Contracting has to build it–the tallest hotel Sydney has ever seen. At 55, John Leary employs both his sons in his construction company, but the one he favours is his first-born, Richard. Meanwhile Richard’s half-brother, Brendan, gains the respect of the Leary workers because he has ‘bricks in his blood’.

John begins the massive hotel project, overcoming city red tape and the jabs of his fiercest competitor. The Imperial dwarfs all around it, with hundreds of workers busting their guts to finish the brutal program. Richard, charming but unreliable, marries well and dazzles the Sydney society of 1885, while Brendan proves himself tougher than he looks whenever real work is required.

John must choose which of his sons will lead Learys into the next century. Only after the Imperial is completed does he make his decision. Succession is the third Australian Historical Fiction novel in The Sandstone Trilogy book series, a magnificent view of 19c Sydney from the ground up! 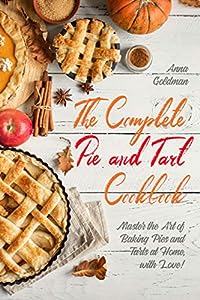 The Complete Pie and Tart Cookbook: Master the Art of Baking Pies and Tarts at Home, with Love! (Baking Cookbook Book 6)
by Anna Goldman

40 Pie & Tart Recipes with a Ton of Bonus Content!

All recipes in this book have Nutritional Information. This Book Includes: