Diane McGyver wields her pencil in a similar realm J. R. R. Tolkien and Terry Brooks released their imagination. If you love stories of adventure, survival, and magic, this collection is just what you are looking for Enjoy! 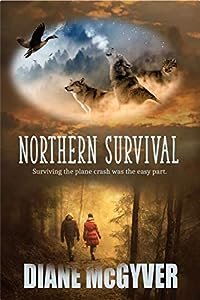 Surviving the plane crash was the easy part.

Olive Tweed planned her trip for two years. She’d vacation at Summer Beaver, gather the research material needed to write the next book and spend a few days hiking the vast wilderness. When she is called home unexpectedly and boards a chartered plane, she never dreamt it would crash, leaving her alone with a man who knew nothing about survival or the woods. If they don’t put aside their differences and work together, they’ll never escape alive.

“Northern Survival” was inspired by a video created by a pilot who recorded the crash of his small plane in Northern Quebec. The only reason he survived was because the plane had a parachute.

When bandits seize his child, one man sacrifices everything to save her.

The most important thing in Corporal Bronwyn Darrow’s life is rising in the ranks at Aruam Castle. His goal is to be captain of the guard one day. The last thing he needs is distractions. When a woman and a child are forced into his life, tensions escalate, and he’s caught between his drive for promotion and what his heart desires.

If you love stories of adventure mixed with magic and romance set in archaic landscapes, you’ll love McGyver’s Shadows in the Stone. Unlike many fantasy novels, family plays a central part in this story, so be prepared for the hero to receive unwanted motherly advice.

Shadows in the Stone is the first book in the Castle Keepers epic fantasy series. It will introduce readers to a unique cast of characters who want to control their own destiny. Brace yourself for the ride to another time and place.

McGyver wields her pencil in a similar realm J. R. R. Tolkien and Terry Brooks released their imagination. It is traditional fantasy of old with magic, legends, dragons and dwarfs.

Buy Shadows in the Stone today and begin your journey into the Land of Ath-o’Lea where magic and sword clash. 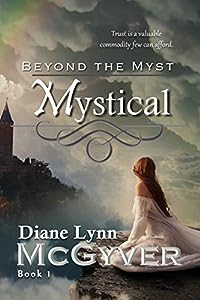 Trust is a valuable commodity few can afford.

Willow Asuwish’s life has been turned inside out since her meeme was banished from Knavesmire. Her best friend Nyx is there for her, but when she is almost captured by a green dragon, the Elders confine her to the castle. Without her birth gemstone, she is at the whims of the Elders and her emotions. She must find the inner strength to conquer doubt and follow her true destiny to remove the curse from her homeland.

If you love stories of adventure mixed with magic and romance set in archaic landscapes, you’ll love McGyver’s Beyond the Myst.

Beyond the Myst is the first book in the Mystical epic fantasy series. It introduces readers to the unique race of newlins who want to control their own destiny. Brace yourself for the ride to another time and place beyond the Myst. 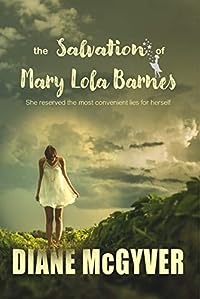 She reserved the most convenient lies for herself.

Mary Lola Barnes has everything: a loving husband, two wonderful grown children, good friends and a lovely home. She has no business asking for more. It doesn’t matter if she feels something is missing. She’s just being silly. After all, what could she ask for? When new friends enter her world, she’s ill prepared for the harsh light that shines on the imperfections in her life. It reveals the emptiness she refuses to acknowledge.