Start With A Stretch

I have no idea how I want to approach Thanksgiving this year. Do I want to treat it like a marathon I need to train for by eating a lot of food throughout the month so my stomach can achieve a high capacity that day? Or do I fast for the month keeping my stomach from being able to eat a lot, therefore having a horrid feeling of regret after the Thanksgiving meal is over. I am truly not sure what regret is worse. The regret of not eating as much of the great food as possible, or the regret of eating as much of the great food as possible. This is a decision I will have to make soon because I only have 25 more days before the big day. Hmmph… a lot could happen in 25 days. I will start by stretching. Either way it is smart to be limber for the holiday. 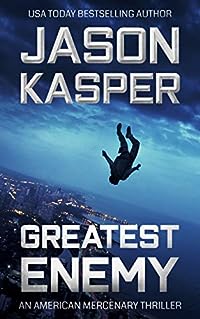 David Rivers is an Army Ranger — a combat veteran of the wars in Afghanistan and Iraq. He has almost completed his final year at West Point when his world is turned upside down by a sudden discharge from military service. Angry and confused, David soon hits rock bottom.

And that’s when they appear.

Three mysterious men. Men who know David’s dark secret — they know that he has murdered someone in cold blood.

And they want him to do it again. 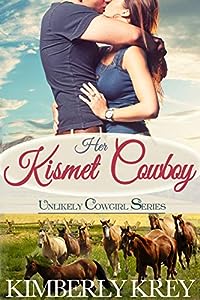 ***This book was previously published as This Cowboy’s A Keeper ***

Her brother is ruining their family, her cheating fiancé is ruining
her life, and as Payton tries to pick up the pieces, a stubborn
cowboy thwarts her plan and steals her heart.

Keeping up with the Kellers is no easy feat, but each family member must play their part. So when her brother Jason trades his Stanford scholarship for life as a measly ranch hand, Payton Keller must do what’s best for her high-profile family. But just before leaving The Golden State, Payton gets a devastating blow — her fiancé is cheating on her. With two fires to put out, Payton marches up the doorstep of her brother’s new boss — some too-handsome-for-his-own-good cowboy who doesn’t have the decency to put a shirt on before answering a door.

Luke Branson is glad he hired Jason Keller despite his reservations. The kid is a hard worker, and nothing like the entitled teen the tabloids make him out to be. But when Jason’s glamor-girl sister shows up one night making demands, Luke wonders if he’s made a mistake. Still, he can’t send her packing in the dead of night, so he allows her to stay hoping she and her brother can make amends. What Luke doesn’t expect is the magnetic pull he feels toward the redheaded beauty.

Payton is shocked to find the country lifestyle, free of Hollywood demands, is better than any she’s known. And when she gives into a weak moment and kisses the handsome cowboy who owns the ranch, she finds she’s been missing out in more than one way. But has Payton’s journey led her to a life she’s meant to live, or merely given her a taste of something she’ll never have? 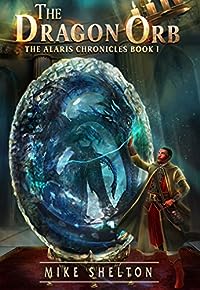 The Dragon Orb (The Alaris Chronicles Book 1)
by Mike Shelton

For 100 years it protected them… … and now the magical barrier is about to fail.

What waits on the other side?

Bakari is nerdy and awkward. At 15, he’s lived at the Wizard Citadel for most of his life. Everything seems to be working out like he’d hoped. He just got promoted to Level 1 and despite being painfully shy, he has a friend.

And he really likes her.

When Bakari finds an ancient map that marks a source of power, he must check it out. With Kharlia by his side, they wander through the Kingdom toward the spot on the map. The trip isn’t what they expect.

Magical creatures have made it through the barrier.

Should they fight or flee?

Bakari knows they are in trouble. He isn’t a battle wizard. As they struggle against the beasts, the worst thing Bakari can imagine happens.

You’ll love this first book in The Alaris Chronicles, because of the beautifully woven story with diverse characters, great adventure, and political intrigue. 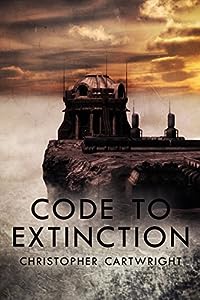 Extreme weather conditions are wreaking havoc on the world, and baffled scientists are unable to discover the cause.

The most powerful hurricane in history approaches New York, while at the same time atmospheric rivers flood Las Vegas.

Wildfires spread through Canada, and Europe is wracked by powerful earthquakes.

Most bizarre of all: a tempestuous mass of dark, foreboding sky seems to be spreading across the globe.

In Arizona, an astronomer tries to decipher the hidden message inside a thirteen-thousand-year-old megalithic stone, which just might hold the key to everything.

Can Sam Reilly and his unique team break the Code to Extinction? 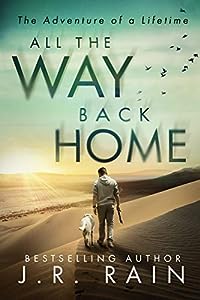 All the Way Back Home: A Novel
by J.R. Rain

ONLY A DOG’S FIERCE COURAGE CAN SAVE A MAN… ONLY A MAN’S TRUE CALLING CAN SAVE A DOG.

The epic adventure of a lifetime. Be prepared to be swept away by J.R. Rain’s thrilling novel of redemption, self-discovery and powerful love.

Dr. Shaye Fox has lost almost everyone and everything he loved, including his wife. Once a successful dentist with a passion for healing, he’s been stripped of his career, his self-esteem, and his reason for living.

His life is a mess until one rainy night he finds a big white dog in the middle of the road. A dog in critical condition. A dog with a horrific secret…
In his race to save the animal’s life, Shaye discovers two things about the injured dog: One, it’s thousands of miles from home. And two, its name is War Daddy.

Now sober, Shay makes it his personal mission to return the dog to its rightful owners.

When Shaye becomes a stranger in a strange land, his earnest intentions evolve into an inner quest to live a life of purpose and meaning. And if he ever finds true love, that, too, would be a miracle. He just has to stay one step ahead of War Daddy’s enemies.

From the mountains of California to the scorching, rolling sand dunes of the mighty Sahara, this epic adventure of a troubled man and a stolen dog is sure to touch anyone with a love for animals and a hunger for new beginnings.

For fans of Richard Paul Evans and Paulo Coelho. Lawrence of Arabia meets A Dog’s Purpose. For anyone who dreams of more, All the Way Back Home is a standalone, inspiring adventure, with a lot of heart, laughs… and drool!