Not From Around Here

My wonderful neighbor brought back from Tahoe a paper bag filled with huge pine cones for me. They look perfect! They scream holiday season. The problem now is I just can’t decide what it is I want to do with them. It must be something I can bring out year after year. I don’t want to just throw them out after the holidays. Yesterday I looked for inspiration online, but got caught up in funny cat videos. No matter what I do on the computer, I always end up watching funny cat videos. I could sit down to do research on the best gardening methods or maybe look for some good turkey recipes, and two minutes later I am back on the cat videos. I wouldn’t put it past cats to be using the internet as some sort of brainwashing device. They are very smart little fur balls. EVERYONE BEWARE! THE CATS ARE NOT OF THIS PLANET! Oh… I was talking about pine cones… darn cats. 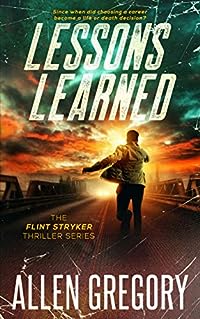 Murder, kidnapping, and employment with an “off-the-books” group that handles domestic terrorism sounds like an interesting career choice, right?

But suppose you want nothing to do with it?

Perennial party animal, hard-core slacker, and committed underachiever Flint Stryker discovers that an unexpected career opportunity may cost him his life as well as the life of someone he loves. Discovering what makes him tick and what matters most to him are challenges that will force him to confront who he truly is.

It all happens in one bizarre, mind-bending day. A day filled with opportunities, dangerous deceptions, secrets revealed, a painful choice, and an unexpected outcome, that puts Flint Stryker on a collision path with danger, death, and ultimately – retribution.

Since when did choosing a career become a life or death decision?

High in the hills of Scotland, an ancient evil has returned. One young woman struggling to master her magic is the only hope to stop it…

On the cusp of womanhood, Georjie longs to unlock the full force of her fae-given powers. So when she’s invited to Scotland, she’s eager to explore the Highlands’ famed fairy realm hoping to find a mentor. But instead of unearthing a teacher, she discovers a mummified body within the walls of a seventeenth-century ruin.

Teaming up with a handsome amateur historian, she uses her earth-elemental gift to overturn the secrets hidden deep in the soil. But never far from the trail of clues lurks a shadowy creature on the hunt for prey. And Georjie fears it may have found its first target when a local girl vanishes, only to be discovered in an open grave with her life slipping away…

Can Georjie break the curse before ancient evil claims an innocent victim?

Bones of the Witch is the first book in the explosive Earth Magic Rises YA contemporary fantasy series. If you like strong heroines, dark sorcery, and medieval Highland history, then you’ll love A.L. Knorr’s unforgettable adventure. 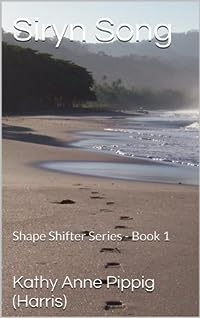 A novel about shape shifters and those who walk a near-future Earth, with powers they are only now beginning to learn about and use. Abilities humans of today are becoming aware of as they explore the potenetial that has always been a part of their genetic makeup, from the most primitive humans, to present-day man.

This story is about Mason, a wolf shape shifter. Mason has been banished from the Wolven Clan, which is tantamount to death. But instead of death, he discovers the secrets of his ancient past. And in this revelation, it becomes his destiny to expose memories of the planet’s history – visions of its future. And he must present these memories to the elders who banished him.

During his exile he expected to find isolation on the empty beach at the coastal shore he called home – instead, he crosses paths with an orphaned child. Even more startling, he discovers another race of sentient beings; a different race of shape shifters.

This is the first novel in the shape shifter series, but it is not necessary to read the books in sequence. They may be enjoyed independent of the other.

The author has been writing since her youth; well over 37 years. She has been a student of the martial arts; and while attending university studied anthropology, mythology and folklore. She believes that looking for the wonder in life, the magical quality of the wondrous, is what makes our daily living real and bearable. 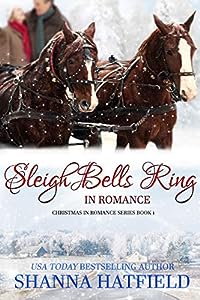 You’re never too old to fall in love…

Rancher Jess Milne lost his wife years ago, but he’s finally ready to give love a second chance. It’s a shame the one woman in Romance who captures his interest is a prickly, wasp-tongued she-devil. She used to be one of his closest friends until he asked her out. Her vocal, vehement refusal made her thoughts on dating him crystal clear. Despite her animosity, Jess can’t help but be attracted to her fire and spirit.

Widowed more than ten years, Doris Grundy tries to convince herself she’s content with her life. Her recently married grandson and his wife bring her joy. The ranch she’s lived on since she was a young bride gives her purpose. She’s an active member of their close-knit community. But the old coot who lives down the road continually invades her thoughts, keeping her from having any peace. Doris will be the last to admit she longs for the love and affection of her handsome neighbor.

When the two of them are unexpectedly thrown together, will they find a little holiday spirit and allow the love of the season to ring in their hearts? Find out in this sweet novella from USA Today Bestselling Author Shanna Hatfield.

The Preacher, the Pistol, and the Noose
by Steven Bird

The Preacher, the Pistol, and the Noose – An action-packed, old-west thrill ride!

-In the spring of 1893, Clayton Stevens, pastor of the local church in Silverton, Texas, enlists the help of an unlikely ally to set out after his niece after she was abducted by a violent gang of outlaws during a stagecoach robbery that took the life of her parents. After a string of unfortunate events, and feeling he had no other options and nothing left to lose, Clayton finds himself on the trail of the infamous McCarty gang in a battle for life and death to rescue his sole-surviving relative before it’s too late.-

Award-winning author Steven Bird takes his fast-paced, hard-hitting post-apocalyptic and sci-fi writing style to his personal favorite genre, westerns and the Old West, in this action-packed thrill ride set in Texas and the New Mexico Territory in the late 1800s.