No Need To Have A Snack In My Purse

I heard the most beautiful words out of my baby bassets mouths. “I don’t want the PlayStation 5 for Christmas”. I can’t even remember what their reasoning was, but it seriously made me the happiest person in the world. When I found out that the PS5 was coming out I went into a panic. That is a lot of money to spend on a game system. Would I have to stand in line outside a store overnight in the rain to get one? Or how do I let my sweet angels down easy telling them there is no way in heck they are getting a PS5? I would have to let them down easy because they saved up their own money for a whole year to buy the PS4 a few years back, so I can’t say they don’t understand how expensive it is. They also met the requirement of keeping their school grades up. In fact they both have straight A’s in all their classes. This of course makes me wonder whose kids they are. NOT MINE! I don’t think I ever got an A in school. So here I am. Just sitting here sipping my coffee, picking out Kindle books for you all. Just being happy. That is a great feeling. I am going to enjoy it while I can because I have to take my oldest baby basset to the doctors today to get a shot. Back to being a bad mom. 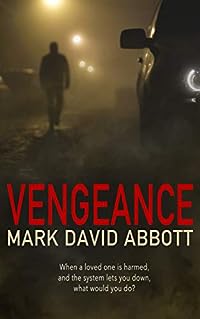 When expat John Hayes’ wife is brutally attacked while on a posting in India, he’s forced to take matters into his own hands.

John Hayes’ life is perfect. He has a dream job in an exotic land, his career path is on an upward trajectory and at home he has a beautiful wife whom he loves with all his heart.

But one horrible day a brutal incident tears this all away from him and his life is destroyed.

He’s faced with a choice. Should he accept things and move on with his life or take action and do what the authorities won’t do for him?

What would you do? 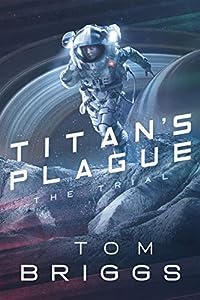 Outside the rings of Saturn, Pati Lynch commanded a prison ship mining ice. Her crew mutinied, they tried to kill her, and she was the last one left standing. Now, she stands trial for their murder.

Nancy Tate, Pati’s defense attorney, thinks she’ll go free this time because the prison ship’s records were damaged or erased. Without those records, the legal decision will be based on Pati’s testimony alone. However, and Nancy repeats this often, she cannot state aliens had instigated the revolt.

Pati knows she didn’t dream the apparition that appeared on her ship and claimed to be the ex-husband she accidentally killed, but she decides her attorney knows her business. And, it’d be in her best interest to follow her directions if she doesn’t want to be sentenced to a solitary, thirty-year trip back to Earth.

Then, the dreams started. They weren’t normal, even though they began in her fishing village back in Ireland. Soon, she was flying throughout the Saturnian system and into caverns on Titan, all while in a great ecstasy. Waking up gave her a suicidal depression that took most of a morning to recover from.

The trial at least was going well, if not easy. The prosecutor dragged every proceeding to its legal limit, and he made only superficial attempts at settling. This while the computer judge kept lowering the guilty score in each hearing. Pati tried to be patient and took a job working outside on Titan, which nearly cost her life when her rebreather was sabotaged.

At least the dreams were a source of solace, until, she was forced to decide… And now, nowhere is safe. 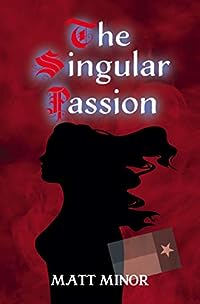 The Singular Passion
by Matt Minor

A pomegranate and rose, a feather, an ashen bird, an eight-pointed star… what do these and other ‘symbols’ have in common? And what do they mean, if anything?

Back from a tumultuous legislative session, divorced from his pregnant wife Tryphena, and living the life of a vagabond, Texas State Representative John David Dothan returns to House District 100 a beleaguered man. But his problems are just beginning. Rumors abound of potential opponents, from both parties. And the local headlines warn of an alleged stalker. What he needs at present is lodging, for both his office… and himself.

At the advice of his chief of staff, Mason Dixon, he takes up residence in a hundred year old structure at the heart of the district. But working and living in the same spot might prove to be a grave misstep. In desperate need of an assistant, Dothan hires Kat Morgan, the dark haired daughter of a local elected official. Working alone together, it’s only a matter of time before an unprofessional love affair ensues.

Soon the area is subsumed in a series of baffling, perversely artistic murders. Local authorities, under pressure to validate their power, circle the wagons for fear of outside interference. Suspect or solution, Dothan is dragged into both the investigation and a contentious political race; as his love for Kat consumes him.

But what are Kat’s true intentions? And who is she really working for? Both by her contrivance and her ignorance, Kat is the culprit and the key that unlocks two mysteries. She is The Singular Passion. 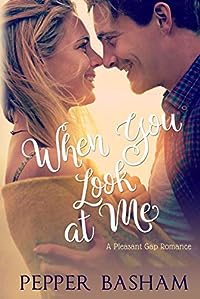 When Julia Jenkins’ great aunt dies and leaves her a Victorian mansion with decades of secrets, Julia never expects to unearth a World War 2 espionage mystery. Struggling with her own past since an assault left her pregnant, her future as a solo parent leaves her dreams uncertain. The inheritance from her great aunt gives Julia the ability to take a step back into her future, but also sends her into the discovery of a love story she’d never anticipated. As she goes through her aunt’s treasured possessions, Julia uncovers some oddly written piano music with a musical code she can’t decipher on her own. Not to worry, introverted Englishman and composer, Henry Wright, is thrust on the scene by a pair of homespun matchmakers who know the ‘right’ man for Julia’s wounded heart.

Henry arrives in Pleasant Gap with the task of composing the soundtrack for his best mate’s newest film. The Jenkins’ family’s southern welcome and gregarious personalities set his reticent nature on edge, but he’s inexplicably drawn to his gentle and music-loving hostess, Julia. Uncertain how to build a friendship with the wounded woman, and rather hopeless in communicating well through words, the bond of music becomes a bridge between her uncertainty and his awkwardness.

But her broken past and his families’ expectations build a wall much greater than the cultures that separate them. As they work together to solve a musical mystery from the grave, will an unlikely romance from the past inspire their hearts to trust in a God who’s written the perfect melody for their lives? 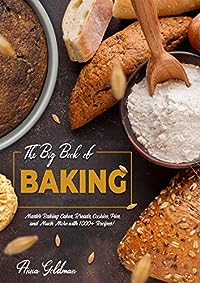 The Big Book of Baking
by Anna Goldman

All recipes in this book have Nutritional Information. This Book Includes: