Everyone stand really really still. No blinking. I am not one who usually panics in a situation like this, and normally this wouldn’t be considered a situation, but this time …. it is. Today is Friday the 13th…. 2020!!! AAAHHHH!!! 2020 is already a big kick in the pants, I really don’t need any more of its craziness. I really wished I had paid more attention because I have to go to Costco today and I would really hate for something bad to happen at my Costco. Maybe I should go to the one North up the highway in the next town over, or maybe the one that is south two towns down the highway. Yup. We have three Costcos within 45 minutes of each other. Seems a bit excessive. Anywho, back to panicking. Although it can’t be all that unlucky of a day, I do get to go to Costco. That’s always fun, and they have been handing out samples again, so that’s pretty cool. Alright… maybe we don’t need to panic.  I just have to make sure I don’t do or say anything stupid. Oh no…. 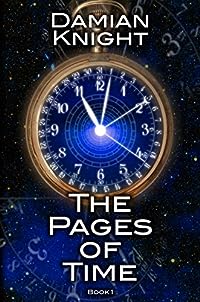 The Pages of Time: A Time Travel Thriller
by Damian Knight

A terrorist on the run.

A wounded teenager who can manipulate time.

After moving halfway around the world, Sam thinks his biggest problems are homesickness and his probably one-sided feelings for the daughter of his mother’s boss. But when his family’s flight is brought down in a shocking act of terrorism, he suffers a traumatic brain injury that leaves him in a coma.

On waking in hospital Sam discovers that his father died in the crash. Struggling to come to terms with his loss, he begins to experience strange seizures that distort the flow of time and transport him into the body of his past or future self, often with disorientating effects. At first these episodes feel more like a disability than anything useful. That is until he collapses and finds himself flung several hours ahead, where he learns of another terrorist attack.

Can Sam prevent the impending atrocity before it takes place? Can he master his new powers to save his family from violent deaths that are already in the past, defeat the sinister forces that wish to use him for their own ends, and maybe also win the girl he loves… by turning the pages of time? 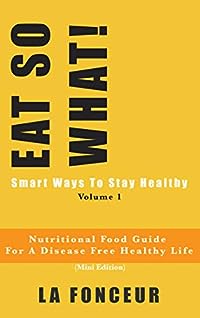 Eat So What!: Smart Ways to Stay Healthy (Eat So What! Extract Series Book 1)
by La Fonceur

What to Eat, What Not to Eat! Still confused? Clear your confusion with Eat So What! The book includes a bundle of 5 chapters, which will make your life healthy and happy — a complete nutritional food guide for a disease free healthy life for vegetarians. You can prevent most of the diseases with nutritional foods and a healthy lifestyle. The health secrets that no one tells you will reveal in the book Eat So What! Following Chapters are included in the book:

– 10 Reasons You Should Never Give Up Carbohydrates
– Why Fat is Not The Enemy. The Truth About Fats!
– 10 Best Foods for Better Skin
– 10 Fiber Rich Foods For Better Digestion
– 10 Smart Ways to Lose Weight Without Dieting

Book explains the nutrients value of food, gives direction on what to eat and gives smart tricks and tips to make life healthier. It also tells how you can eat everything provided you follow some simple rules.

About the Author
La Fonceur is a dance artist, a health blogger, and the author of the book series Eat So What. She is a Lacto vegetarian since birth, like her parents and her grandparents. She has a master’s degree in Pharmacy, and she specialized in Pharmaceutical Technology. She has published an article titled ‘Techniques for Producing Biotechnology-Derived Products of Pharmaceutical Use’ in the Pharmtechmedica Journal. She is a registered state pharmacist. She is a national-level GPAT qualifier of the year 2011 in which she was among the top 1400 nationwide. Being a research scientist, she has worked closely with drugs. Based on her experience, she believes vegetarian foods are the remedy for many diseases; one can prevent most of the diseases with nutritional foods and a healthy lifestyle. 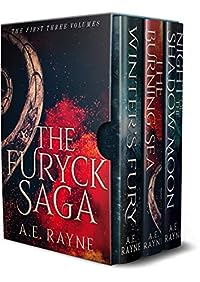 Jael Furyck isn’t happy.
Her father is dead. Her uncle has stolen the throne.
And now he wants to marry her off to the fallen son of her arch-enemy.
But Jael is a battle-hardened warrior, trained to kill since she was ten-years-old.
She doesn’t plan on being anyone’s wife.

Eadmund Skalleson is drunk.
His father is threatening him with a wife again.
And this time he’s given him an ultimatum.
Marry Jael Furyck or your brother returns from exile.
But if Eadmund was ever going to choose a wife, it wouldn’t be Jael Furyck.

Not her. Not ever.

But if Eadmund was ever going to choose a wife, it wouldn’t be Jael Furyck.

Not her. Not ever.

The Furyck Saga is a gripping epic fantasy series that takes you into a richly-woven world of warring kingdoms, mysterious dreamers, dark magic, and an ancient prophecy that emerges from the shadows to weave a dangerous web around them all.

Come and start the journey today…
This box-set includes the first three books of The Furyck Saga – over 2000 pages!
Winter’s Fury
The Burning Sea
Night of the Shadow Moon

Also in the series:
Hallow Wood
The Raven’s Warning

And coming soon…
Vale of the Gods 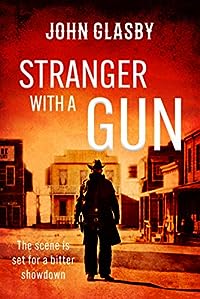 Stranger with a Gun
by John Glasby
Genre: Thrillers | Westerns

A violent showdown in the town of Bitter River…
Cal Dawson, privileged son of ranch owner Clem Dawson, was fast gaining the reputation of a hellion. He was a man twisted by trouble, and always left wanting more. Trouble was exactly what he got when he led a murderous bank raid in the town of Bitter River. Confident he had gotten away with the crime, he did not reckon on the diligence of Sheriff Steve Manders.

Now Dawson finds himself awaiting trial in Manders’s custody – to the fury of his influential father who arranges a jailbreak. But then Cal makes his second mistake by abducting Manders’s girl.

There’s now only one way to resolve the feud. Violence and death seem to be on the cards, and the scene is set for a bitter showdown between the Dawsons and the young sheriff. 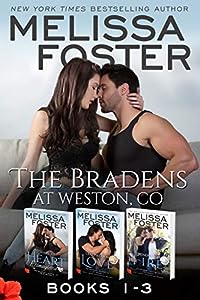 The Bradens at Weston (Books 1-3 Boxed Set): Love in Bloom: The Bradens
by Melissa Foster

Discover the magic of New York Times bestseller Melissa Foster’s writing, and see why millions of readers have fallen in love with the Bradens. This boxed set includes the first three contemporary romance novels in the series, Love in Bloom: The Bradens, featuring the fiercely loyal and wickedly naughty Bradens!

Treat Braden wasn’t looking for love when Max Armstrong walked into his Nassau resort, but he saw right through the efficient and capable facade she wore like a shield to the sweet, sensual woman beneath. One magnificent evening together sparked an intense connection, and for the first time in his life Treat wanted more than a casual affair. But something caused Max to turn away, and now, after weeks of unanswered phone calls and longing for the one woman he cannot have, Treat is going back to his family’s ranch to try to finally move on.

A chance encounter brings Treat and Max together again, and it turns into a night of intense passion and honesty. When Max reveals her secret, painful past, Treat vows to do everything within his power to win Max’s heart forever–including helping her finally face her demons head-on.

Love hot cowboys?
Rex Braden is wealthy, hard working, and fiercely loyal. Sweat at his brow, he works the family ranch by day, then kicks back at night with part time lovers who require nothing more than his physical presence a few times each week. But that was before. Before Jade Johnson, the daughter of the man his father has been feuding with for over forty years, moves back into town.

After ditching a horrific relationship–and her veterinary practice in the process–Jade Johnson returns to the safety of her small hometown and finally finds her footing. That is… until her horse is injured and Rex Braden comes to her rescue. The last thing she needs is a bull-headed, too-handsome-for-his-own-good Braden complicating her life.

Despite the angry family history, sparks fly between Rex and Jade, and attitudes follow. Fifteen years of stifled, forbidden love stirs a surge of passion too strong for either to deny–and the rebel in each of them rears its powerful head. Loyalties are tested, and relationships are strained. Rex and Jade are about to find out if true love really can conquer all.

Small-town overachiever Riley Banks has finally scored her big break–working in Manhattan as a fashion design assistant for her childhood crush, Josh Braden. She enters her new job hoping to make a name for herself and–just maybe–explore the romance that slipped through her fingers way back when.

Josh Braden has models at his beck and call, a staff that never says never, and an elegant clothing line for the holiday season. When he hires Riley Banks, he expects her to learn the business from the ground up. But the girl next door turns out to be much more than he remembered.

Josh and Riley’s friendship heats up. Every steamy kiss and every passionate caress stirs a love they cannot deny. But when Riley designs a wedding gown that would cause even the most jaded fashion editors to swoon, Riley’s mentor accuses her of stealing the designs.