I heard happy giggly noises coming from a few aisles down at Target. They were pretty darn happy. When I got to where they were I could see that it was two young ladies gleefully checking out all the cute new Christmas decorations. Say what you want, they were happy, and hearing them laugh put me in a good mood. At first I wasn’t going to look at all the Christmas items, because it was just too early for Christmas. Then I saw the shelves of festive little birds and I melted. It was just what I needed. 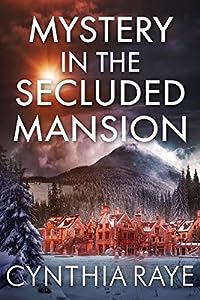 Mystery in the Secluded Mansion: A Cozy Mystery Book
by Cynthia Raye

April Ryan is struggling to make ends meet at her beach shop in North Carolina. One day, she receives an invitation from a high-tech entrepreneur, offering her six invaluable antique books from his collection and a free long weekend at his North Carolina Mountain Mansion. The invitation is also extended to her fiancé, Drake Rivenbark, who has just been qualified for the PGA Tour. The offer, although suspicious, is hard to pass on. What is it that awaits the couple in the secluded mountain mansion?

The weekend will quickly turn sour when a terrible snow storm effectively imprisons the couple in the mansion, along with the rest of the visitors. Suddenly, the rationale behind this meeting feels extremely suspicious to April and Drake, especially when they discover secrets that the guests would kill to keep buried. An enigmatic game begins between seemingly unrelated people, and the couple will be called to discover their host’s dubious motives. Will they succeed before time runs out?

April and Drake must grapple with what seems to be an impossible puzzle and find the answer, before it’s too late. Will they be able to find their host’s hidden agenda and survive the weekend on the snowy and secluded mansion? 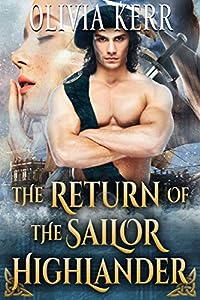 The Return Of The Sailor Highlander: A Steamy Scottish Medieval Historical Romance (Sailors of the Highlands Book 1)
by Olivia Kerr

He avoided his past all his life. Until his past became the way to her heart.
Hannah’s life begun with the worst possible odds. She lost both her parents and had to grow up in a nunnery with no family… Until one day, mysteriously, a wealthy Laird, took her in and raised her as his own child.Her new family gave Hannah a good life, elevated her status and loved her, making her life perfect in all aspects except one; She forced her to have an arranged betroth, and she can not possibly marry out of love like she always dreamed.When her brother returns from the navy, Hannah meets his friend Jacob; a man with a mysterious past that no one knows much about. He is a capable and handsome man, but quiet and likes to keep his secrets to himself.Hannah begins to unravel the mystery surrounding him, discovering that his return was not a matter of chance after all… When Jacob’s past curses show up again, he will have to face everything he was running away from. This time, Hannah is in the middle of the mayhem, and, as their love grows, so do the imminent threats and deadly dilemmas.But he will not lose what he loves most for the second time, even if he has to risk his life.”The Return of the Sailor Highlander” is a standalone steamy story by Olivia Kerr, packed with passion, romance, and redemption set on the beautiful backdrop of the Scottish Highlands. 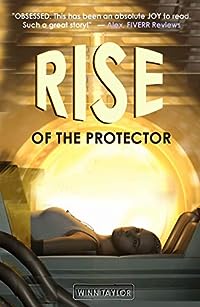 Rise of the Protector: Fast-paced Sci-Fantasy packed with witty banter and heart.
by Winn Taylor

AT SEVENTEEN, Jinx is doing a below-average job of staying out of trouble.

In her defense, being the first and only reject from the Virtual World she was born to enter was a bit of a bummer.

While every other denizen on her space station trains for their future life in the VR (a virtual reality designed for discovering higher wisdom and recording it), Jinx prepares for Galactic Release by shifting her trouble-making into overdrive.

When she isn’t sneaking into restricted areas, she’s devising ways to check on, Laris — the only denizen she cares for.

But when the space station’s VR goes into lockdown, trapping Laris and thousands more, Jinx is pulled into a mystery. Her race to uncover the truth reveals galactic thugs hunting her kind, an annoying zealot undermining her every move, and a hazardous virtual landscape to navigate.

So yeah, Jinx has got her hands full.

Fortunately, she’s got a waggish geek and an ice cream addicted tween AI who’ll risk their backsides to make sure she fulfills her so-called destiny. Not to mention a few new powers that’ll come in handy… if she can stay alive long enough to discover them.

Fingers crossed she’ll master her inner hero. The survival of Laris, humanity, and all organic life depends on it.

But hey, no pressure. She’s got till the end of the day. 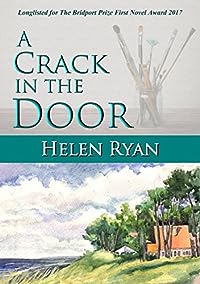 A Crack In The Door
by Helen Ryan

Colm Lowe is an artist, a watercolourist, specialising in birds. His life with his wife, Maggie, changes when he moves from London’s suburbs to a house in Devon overlooking the Exe estuary. It changes even more, and not for the better, when Maggie’s father, Jack, a widower, comes to live with them.

Struggling under the pressures of caring for Jack, Maggie and Colm begin to see each other differently. Cracks appear in their marriage.

When Jack asks Colm to help him die, Colm glimpses freedom and decides to oblige by leaving Jack to drown in the bath. But it’s not that simple. Mercy killing, practised without a manual, is not an exact science.

Musaicum Books presents to you this carefully created volume of “THE WILD BUNCH Boxed Set – 4 Westerns in One Volume (Illustrated Edition)”. This ebook has been designed and formatted to the highest digital standards and adjusted for readability on all devices.
Contents:
The Coming of Cassidy and Others
Buck Peters, Ranchman
Tex
The Orphan
Clarence E. Mulford (1883-1956) was a prolific author whose short stories and 28 novels were adapted to radio, feature film, television, and comic books, often deviating significantly from the original stories, especially in the character’s traits. But more than just writing a very popular series of Westerns, Mulford recreated an entire detailed and authentic world filled with characters drawn from his extensive library research.
Excerpt:
“The town lay sprawled over half a square mile of alkali plain, its main Street depressing in its width, for those who were responsible for its inception had worked with a generosity born of the knowledge that they had at their immediate and unchallenged disposal the broad lands of Texas and New Mexico on which to assemble a grand total of twenty buildings, four of which were of wood. As this material was scarce, and had to be brought from where the waters of the Gulf… ” (Bar-20)