It is now officially socially acceptable to talk about and decorate for…. CHRISTMAS!!!!! YAHOOO!!!! Except right now I am too tired. Thanksgiving was wonderful with the great food, and having family over. Not everyone could join us, and our group was very small, but it was fantastic. We had enough food to feed an army. We will all be eating leftovers for weeks. PERFECT! Cooking the turkey in the bag didn’t quite turn out as I had expected. We had planned for it to take 2.5 hours to cook, but instead it took about an hour. This of course made the timing for all the other dishes wonky, so the turkey sat for way too long. No matter though we were there for the sides.  I am proud of the dinner rolls though. I found the recipe for fantastic Skillet Dinner Rolls with garlic-Herb Butter on the Pioneer Woman website. They were super easy and delicious! Definitely a keeper recipe! It says it takes three hours to make, but that was mostly giving the dough time to rise. Really its only about 15 minutes of prep. I hope everyone had a great day, and can spend a little time resting today. 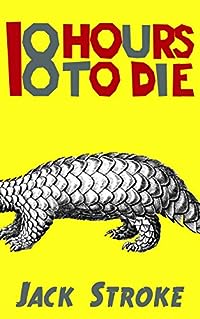 Owing the big boss is bad enough, but doubling down on that debt? Deadly.

When Lucky the thief wakes in Magik’s office after an epic bender, he knows he is in serious trouble. Somehow he managed to rack up an insurmountable debt to the one person you never want to owe.

Magik decides to spare Lucky’s life if he will steal some rare, exotic eggs. But when the job goes bad and Lucky goes to ground Magik assumes Lucky has ripped him off.

Now Lucky owes Magik twice and his men are closing in fast.

With nowhere to run and even less places to hide, can Lucky somehow figure a way out of this mess? Or will these last few hours be his last?

If you love your thrillers fast-paced, brutally funny and chock-full of nail-biting action, you’ll love Jack Stroke’s 18 Hours to Die. 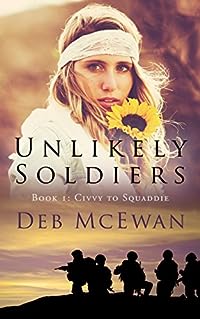 Unlikely Soldiers Book One (Civvy to Squaddie): A Coming of Age Novel of Love, Humour, and Tragedy
by Deb McEwan

In a small Welsh village, naïve Michelle Warbutton is devastated by a shocking family secret. Forced to rethink her future, she longs to leave her world.

In Yorkshire and already world-weary, Guy Halfpenny is desperate to escape his miserable life.

Both have limited choices.

Their paths aren’t destined to cross until they join the British Army – where their futures are determined by the decisions of others.

Buy now to discover how lives are shaped, friendships forged, and loves won and lost in this gripping, coming of age adventure of love, humour, and tragedy. 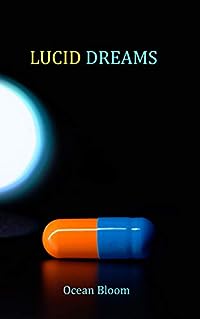 Bjorn Blomstrom’s life is spiraling out of control. After being fired from his job, partly as a result of his own actions, he begins to lose all the important people in his life. With his mental state suffering, he turns to alcohol and sleeping pills, but they aren’t helping. Lost and alone, he moves to Vancouver, B.C. hoping for a fresh start. But his new location only adds to his problems.

Struggling to find work and running out of money, Bjorn is desperate for a break. So when a strange man offers him a job with a mysterious organization, he’s in no position to refuse. He is told that the Organization targets those who have had affairs, were involved in financial frauds, or have committed criminal acts. Although Bjorn suspects that the Organization’s activities may be illegal, he is eager for a new beginning, one that will solve his financial problems and provide him with a purpose in life. But he soon realizes that he has gotten himself in over his head. He needs a way out, but it won’t be that easy. The Organization has uncovered a secret from his past, one he hoped would never come to light. And if he doesn’t cooperate, the Organization will use it against him.

Thrown into a world of betrayals, secrets and lies, Bjorn must go to extremes to see that justice is done, even if that means breaking the law. Falling back on his hacking abilities, he knows the only way out is finding leverage against the Organization. But once he starts digging, he finds much more than he expected, and he begins to fear for his life. How far is he willing to go to end this nightmare?

Lucid Dreams is a suspenseful psychological thriller with lots of twists and turns that will keep you guessing until the very end.

Meet the Supermen of the galaxy: The Humans of Earth

From international bestselling science fiction author T.R. Harris… here is the FIRST NOVEL in his epic Saga of Human Superiority throughout the galaxy. This is the book that started it all…
The Human Chronicles – Book 1: The Fringe Worlds
Adam Cain is an Alien with an Attitude… And why not?

After all, what would you do if you were abducted by aliens and transported into a strange, new universe away from your home, your family — everything familiar to you? Would it make you happy? Not likely!

Now imagine you’re stronger, faster and more coordinated than every alien species you encounter. Would you start kicking some ass? Of course you would!

This is the story of Human Superiority in the galaxy, a gritty, realistic profile of a young Navy SEAL would doesn’t like aliens very much — and he makes them pay for the bad mood he’s in. 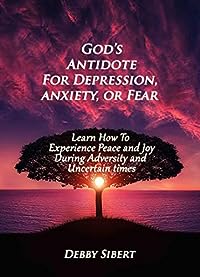 God’s Antidote For Depression, Anxiety, or Fear: Learn How To Experience Peace and Joy During Adversity and Uncertain Times
by Debby Sibert

Do you ever wonder, “Where is God” when going through challenging times? Does He seem distant, or even non-existent? What is the biggest crisis you are experiencing right now?

We are currently living in extraordinary times, causing much anxiety even for the strongest temperament. There are many reasons individuals experience fear, anxiety, and even depression, and our world seems to be growing more and more fearful every day. If we ever lived in an uncertain time with an unclear future and reason to fear it is now.

If you are experiencing any form of anxiety, fear, depression, uncertainty, or dread, please realize that you are not alone. This is a normal phenomenon that everyone experiences, to some extent, at some point in their life.

Fear is a natural response for humans and has its place to help keep us safe. However, living in fear is counter-productive and is not an option if we are going to get through any difficult circumstances. We cannot allow ourselves to get stuck there and dwell on these negative issues.

Believe it or not, there is a way to experience peace in the midst of all of this and that is what I will be unpacking in this book. We have many choices in life. Every day we’re making more choices than we realize. Peace is another choice that we can make over fear and anxiety. It takes recognizing where our mind is going and living with the intention to make a U-turn and choosing peace.

In this book, Debby takes a hard look at fear, anxiety, and depression. She defines them, discusses the symptoms and causes of each, and how to overcome them. One cannot read this book without being changed from the inside out if the shared truths are taken seriously, acted upon, and allowed to permeate and become a reality in the reader’s heart and mind.

Unfortunately, not knowing how to respond often causes one to react to their depression, anxieties, fears, etc. in ways that promote more of the same. Some are plagued a lot more than others, and some have learned to cope better than others, but there is relief for all of us if we know where to look for it. That is what she hopes to accomplish through this short book.

It is a quick, easy read and well worth your time. 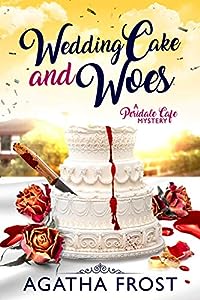 After nearly a year of being engaged, the time has finally come for Julia and Barker’s wedding, but like most things in Peridale, things don’t exactly go smoothly. Julia wakes up late on the damp and grey morning of her wedding to find that her cake has been ruined, her flowers are the wrong colour, and the cars are stuck in a flood. However, all of that pales in comparison when the choirmaster, Gloria Gray, drops down dead during her solo in the middle of the ceremony.

With their wedding ruined, Julia and Barker must pick themselves up again, but they soon find purpose when Gloria’s best friend, Flora Hill, begs them to investigate Gloria’s death. Julia soon discovers that Gloria’s dictator-style running of the choir created more than a few enemies, and when the police confirm that the bossy choirmaster was poisoned, Julia vows to solve the case. Who killed Gloria, and more importantly, why in the middle of Julia’s wedding?

Book 15 in the Peridale Cafe Cozy Mystery series! Can be read as a standalone but will be enjoyed more as part of the series. A light, cozy mystery read with a cat loving and cafe-owning amateur female sleuth, in a small village setting with quirky characters. Written in British English. No cliffhanger, swearing, gore or graphic scenes!