Bring An Umbrella For Snakes

What is wrong with me? I know there are experts who say you shouldn’t use your cell phone in bed before you go to sleep, but I bet ten bucks the experts do it as well, so I am not even going to stress about it. Here is my problem. Every night I like to watch a few YouTube videos before I go to sleep to help me relax. I usually start out with a few animal rescue videos to warm the heart, then I move on to a few funny old Saturday Night Live skits with Will Ferrell. These are always winners. I usually end with something guaranteed to make me smile or laugh. Last night was a video with actress Catherine O’Hara singing live “Sally’s Song” from the movie “Nightmare Before Christmas”. Anything with Catherine O’Hara is going to put a smile on your face for sure. But even this guaranteed smile could not stop my brain from doing what it does EVERY time I turn off the phone to go to sleep. My brain has a flash of horror. I hate my imagination sometimes. the lights go out, and I imagine a hand grabbing my foot, or I see an eerie shadow is standing in the corner of the room. How about the demon that runs across the room and jumps into my face. Ew! A snake falls from the ceiling! Okay, all of these are not my own imagination, but from horror movie previews I saw on TV, but the snake thing I saw in real life. That was horrible. One time I had just pulled up to my baby bassets school to pick them up, and I saw two hawks flying just above the playground, fighting over a snake. If either of them dropped that snake, and it landed on a kid…OHH BOY! That’s just not something you get over. Yikes! Anyway… Happy Friday the 13th! Bring an umbrella 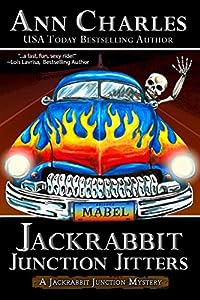 Claire is back, raining trouble throughout Jackrabbit Junction in another fast-paced, fun, sexy suspense.

A burglar is on the loose! Claire wastes no time forming suspicions, but she’s sidetracked by a treasure hunt.

Even with help from her boyfriend, Claire is swirling in a whirlpool of chaos. Throw her crazy sister into the torrent, along with an angst-ridden teen, a jittery bride, and some randy old men, and Claire struggles just to keep a toehold in the current.

Then her mother arrives… 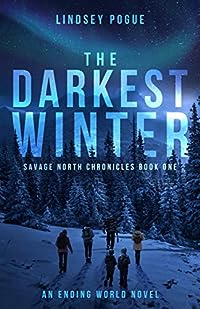 X-Men meets The Walking Dead in Lindsey Pogue’s super-human survival story, fraught with Crazies (not Zombies), dynamic characters, and bursting with raw emotion you can feel deep in your bones.

A group of orphaned misfits.
The wildlands of the last frontier.
Superhuman abilities, harrowing adventures, and heartbreaking secrets.

Elle – Haunting shadows are nothing new to Elle St. James, she’s been running from them all her life. But since the outbreak spread from the lower forty-eight, new monsters lurk in the darkness. After Elle wakes from the fever, capable of horrific deeds, she fears she’s one of them. When she stumbles upon four orphans, Elle’s forced to discover what happens when her greatest fear becomes her darkest secret and her only hope of surviving.

Jackson – After the world goes mad and takes his family with it, Jackson Mitchell tosses aside his badge and decides a bottle of bourbon and the depths of despair are preferable to any semblance of living. All of that changes, however, when a group of young survivors are in dire need of his help and Jackson sacrifices his blissful oblivion in order to keep them safe. As they trek further away from the collapsing cities, Jackson must rely on his knowledge of the backcountry and the traditions of his people, or succumb to the dangers of the Alaskan wilderness.

Brought together under the worst possible circumstances, Elle and Jackson must face the inexplicable realities of the new world. Their past lives are over, and the arctic isn’t all that’s savage anymore. 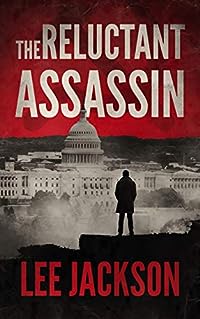 The cold war is in its twilight hour. But Soviet spymasters have one final plan to defeat America.

After Eduardo “Atcho” Xiquez’s daughter is taken hostage by Russian operatives, the former West Point graduate is forced to become a KGB sleeper agent. If he resists, his daughter will be killed.

His handlers have orchestrated Atcho’s rise into the elite social circles of Washington DC. There he must navigate a labyrinth of conspiracy and betrayal. Spying for a nation he despises. All the while, secretly working to turn the tables on his KGB masters.

But when the KGB commands him to assassinate a head of state, he is forced to make an impossible choice:

Or ignite the next World War. 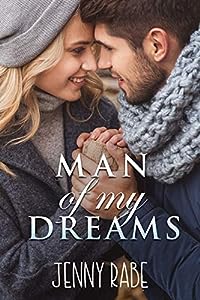 Man of my Dreams
by Jenny Rabe

On yet another pointless errand for her boss, Rory runs into the handsome, Dr. Camden. Despite knowing it might get her in trouble, Rory can’t resist falling for Cam’s refreshing honesty and easy-going attitude.

But Cam’s got a sticky past and before Rory falls for him, she has to find out the truth. Not only does she discover it, she uncovers a scary secret he’s been hiding that proves his life is not only in danger, but that also puts her heart in jeopardy of breaking. 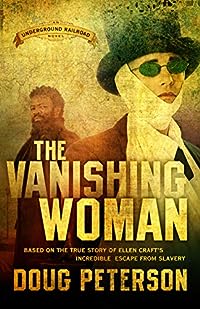 The Vanishing Woman (The Underground Railroad Book 1)
by Doug Peterson

Ellen Craft escaped from slavery in 1848 by posing as a white man, while her husband William pretended to be her slave. They took trains and steamboats north, escaping in plain view. When other passengers looked at her, they saw only an ailing planter from Georgia. Ellen Craft had vanished.

Ellen’s mother was a slave, but her father was her master, and she had skin as white as his. This enabled her to pose as a white man, in one of the boldest escapes in American history. The Vanishing Woman is based on a true story — an escape driven by the desire for freedom and family. William and Ellen decided they would not have children until they were free.
Their incredible story riveted a nation, and the couple put the Fugitive Slave Law to its first major test, bringing attention to their plight all of the way to the White House. The ultimate irony: This vanishing woman became one of the most visible symbols of freedom in nineteenth-century America.

They ran 1,000 miles to freedom and changed the country forever.