The Prometheus Trilogy by D. F. Wink is a near future techno thriller that depicts a dystopian society with a cast of unique characters, epic settings, historical battles, and a mixture of science and mythology. If you are looking for your next, much darker, Hunger Games, then get The Prometheus Trilogy today! 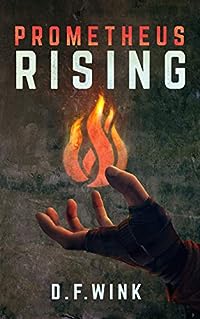 Adama, a doctor in a perfect Global world, enjoys a comfortable life until the woman he loves, Rahab, is labeled a terrorist. She is imprisoned in a labor camp that has been erased from the maps.

As the truth becomes a mere mirage and his past a fake recollection of memories, Adama is forced to decide which side he stands on. In his quest for Rahab, he unwillingly becomes a revolution leader to cause a war that slowly slips out of his control. He discovers secrets about the world and himself that force him to make impossible decisions.

Meanwhile, Rahab is psychologically broken piece by piece – programmed to hate Adama. Even if he can find her – will she still be on his side? 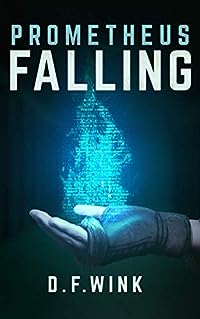 Adama has lost everything, even his own humanity. He has become a genetically modified weapon in the hands of a powerful corrupted governmental official, Manasseh.

Rahab has the only chance to restore Adama to his formal self. But for this, she’ll have to take incredible risks to flee her own prison. Because her daughter is in Manasseh’s hands. As the digital underground and religious fanatics join the race for the Prometheus Prophecy, Rahab has to sacrifice either her daughter or her integrity to bring back Adama’s humanity. 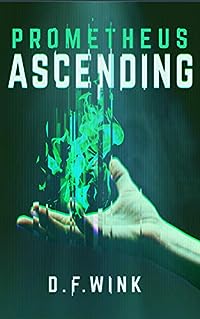 Lead them out of darkness, Adama, these words keep ringing in his ears as the world around him burns.

The last war is about to throw humanity into self-destruction, never to arise from its ashes. And Adama has the premonition that there is a hidden all-powerful enemy, working hard to provoke this war. That everything has somehow been orchestrated from the beginning. He is the only one who can defeat this enemy – and in the process risk the one most dear to him. Rahab.

In this final race as the Prometheus Prophecy is revealed, everyone has to decide what side they will take – and what it really means to be human.