I Got A Spiffy T-Shirt!

Just when I thought I had already told my baby bassets all the stories about me in my youth that I could tell them (that are appropriate for their age) I was reminded of something I did years ago but completely forgot about. My sister and I once participated in an underwater pumpkin carving contest. How could I have forgotten about something as ridiculous as an underwater pumpkin carving contest? I remember being at Aquatic Park in San Fransisco one early October morning with my family. My sister and I were pretty young. I was maybe 11 or 12, and my sister was 14 or so. I remember my sister and I, in full scuba gear, being given a knife and a pumpkin. Like it was perfectly normal. So, with other scuba divers all paired up with pumpkins and knives, we swam out to the middle of the little cove.  The signal was given and the pumpkin stabbing began. STABBY STABBY!!! I remember lots of frantic stabbing was happening on the surface of the water. We had to fill the pumpkins with water before we could descend to the ocean floor to begin carving. There was zero visibility underwater that day. That didn’t slow my sister and I down at all though. We just went to work stabbing the pumpkin as best we could, hoping we were carving something that looked at least a little bit like a face. I remember dropping the knife at one point, and we spent a good amount of time looking for it. I don’t think the loss of time had any affect on our work. That pumpkin was a wreck when we resurfaced. We didn’t win the contest that day, but we got t-shirts. That’s all I really wanted.

Conviction: Written By Blood: Book One
by Dwayne Gill

Not all monsters are created equal.

Cane was trained from birth by the U.S. government to be the world’s deadliest assassin. However, Red Delta, the secretive program that made him, was exposed for targeting American citizens and shut down. Now the FBI is hunting Cane and has forced him into hiding, where he does odd jobs that suit his set of skills and keep his instincts sharp.

Despite his life in the shadows, someone still manages to track him down and leaves him a cryptic message on an outdated cassette player — one that upends his entire life all over again.

The voice wants his help investigating the phenomenon of ordinary men who’ve been disappearing by the thousands, leaving their families and careers behind, only to turn up elsewhere in the country bearing a strange marking. There are plenty of whispered conspiracy theories, but the mysterious messenger offers one that she can prove is true: A group of terrorists are recruiting these men, genetically altering them, and turning them into terrorists in a twisted quest for global domination.

The informant leads Cane to recruit the help of Daniel, a colossal man with a violent past who’s had his own colorful run-ins with the marked men. There’s one big problem: he’s currently serving time for murder.

Cane and Daniel may be the only ones capable of stopping the terrorists, but they’re badly outnumbered and must fight to stay ahead of the FBI Agents who have been hunting Cane since the assassin program was terminated.

Strap in for a thrill-ride that’ll have you questioning where that fine line between bad and evil is, while leaving you hoping the biggest monster is on your side. 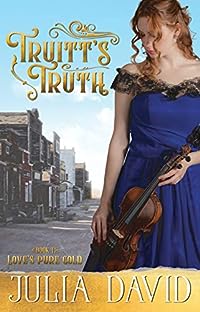 Come Along for an Unforgettable Journey of Romance and Adventure.

Inside the California Gold Rush of 1849, the toughest man in town, Truitt, is ready to face the truth. Putting his fighting career aside, he needs to get out of Hangtown. The unruly mining town named after the night his father was unjustly hung.

But mudslides and Truitt Emerson do not mix. Now he’s stranded with two young ladies from back east. His boss’s fiancée is difficult, but her gorgeous ladies maid has him watching her every move. Why does she clutch that silly case?

When Cassidy O’Ryan was pulled from her Irish Grandparent’s home, her beloved violin became her prized possession. To avoid her father’s matchmaking, she promises to travel to the gold rush town of Hangtown to wed her cousin she’s only met as a child. What she didn’t promise was that she wouldn’t trade places with her ladies maid and pursue her love of singing and violin in the new state of California.

The young women had months to plan the switch. It shouldn’t be a problem until her cousin sends Truitt Emerson to pick them up and escort them to Hangtown. Burly and tough, Truitt is not only the town boxer, but he’s also her cousin’s bodyguard. The sudden desire to trust in this handsome stranger is unusual.

Until Truitt burns her beloved violin.

Cassidy now has her own fight to find her truth, her freedom in this rough mining town.

Neither Truitt or Cassidy are prepared for the compelling attraction that’s desperate for an honest future.

Can the truth prevail or is it too late?

PG-Standalone, happy-ending, clean romance with a touch of pepper. 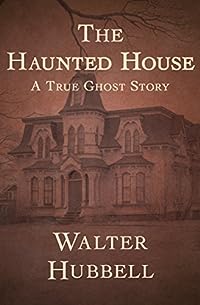 The Haunted House: A True Ghost Story
by Walter Hubbell

First published in 1879, The Haunted House: A True Ghost Story is the author’s account of the infamous haunting of eighteen-year-old Esther Cox, who lived with her extended family in Amherst, Nova Scotia — a beautiful, peaceful little village, population three thousand — during the late 1800s. Walter Hubbell stayed with the family for six weeks, during which he witnessed a variety of alternately compelling and terrifying paranormal and unexplained events.

As he describes these manifestations:

No person has yet been able to ascertain their cause. Scientific men from all parts of Canada and the United States have investigated them in vain. Some people think that electricity is the principal agent; others, mesmerism; whilst others again, are sure they are produced by the devil. Of the three supposed causes, the latter is certainly the most plausible theory, for some of the manifestations are remarkably devilish in their appearance and effect. For instance, the mysterious setting of fires, the powerful shaking of the house, the loud and incessant noises and distinct knocking, as if made by invisible sledge-hammers, on the walls; also, the strange actions of the household furniture, which moves about in the broad daylight without the slightest visible cause.

This ebook has been professionally proofread to ensure accuracy and readability on all devices. 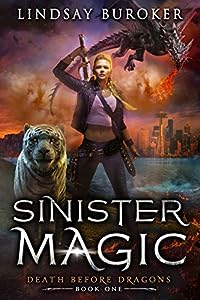 When magical bad guys hurt people, I take care of them. Permanently.

This doesn’t make me popular with the rest of the magical community — as you can tell from the numerous break-ins and assassination attempts I’ve endured over the years. But thanks to my half-elven blood, a powerful sword named Chopper, and a telepathic tiger with an attitude, I’ve always been able to handle my problems with aplomb. Maybe some cursing and swearing, too, but definitely aplomb.

That changes when my boss is afflicted with a mysterious disease, a government agent starts investigating me, and a godforsaken dragon shows up in the middle of my latest job.

I’ve taken down vampires, zombies, and ogres, but dragons are way, way more powerful. And it doesn’t look like this one is going to like me.

Worse than that, he wants to use his magic to compel me to do his bidding, as if I’m some weak-minded minion.

That’s not going to happen. I’d die before being some dragon’s slave.

But if I can’t figure out a way to avoid him, save my boss, and get rid of the government spook, I’m screwed. Or dead. Or screwed and dead. And that’s never comfortable.

Pick up Sinister Magic today to see if I make it. Even if you don’t care about me, I promise the tiger is cool. 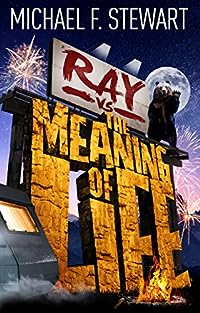 Ray Vs the Meaning of Life
by Michael F. Stewart

A book for anyone who secretly loves motivational posters of sunrises and mountaintops.

Grandma’s last will and testament names Ray to inherit the trailer park. It’s a million-dollar estate with one hitch: to prove he’s not as aimless as he seems, Ray must discover the meaning of life by the end of the month. (She left the answer in an envelope.) If he fails, the camp goes to his estranged family.

How does anyone find the meaning of life while running a park full of misfit miners, would-be truck racers, and one demanding little girl? There’s a bear too. A grizzly. Maybe that’ll help? 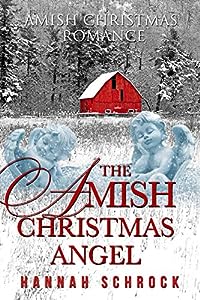 Katie is on the cusp of getting engaged when she finds an Englischer hiding in the familye’s barn at Christmas time.

It will soon be Christmas and Katie Raber is eager to get engaged but Jacob King doesn’t seem as keen. After courting for more than a year, Katie doesn’t understand his hesitation. She’s almost certain he’s about to break up with her, when she finds an injured Englischer hiding in her familye’s barn.

Frightened at first, Michael Phillips assures Katie that he poses no threat, and that he is in fact in danger from the men searching for him. Will harboring a possible fugitive be the right choice? Should Katie turn a man out in the worse snow she could remember in his hour of need?

When Jacob comes across Katie and the Englischer in the barn, he’s furious. Without Jacob’s help, the family and the stranger are in peril beyond comprehension. This Christmas could easily turn into their last.

Will Jacob be understanding? Will Katie be able to explain the situation and will Jacob help her when she asks? This Christmas story is a tale of trust, generosity and love. Enjoy this sweet Amish romance as Katie learns that God’s timing is perfect, and that angels sometimes come in guises to the unexpecting. 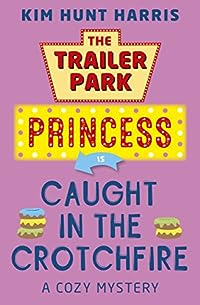 Armed with Salem’s “Smart-Enuff” phone and Viv’s racing model Cadillac (with aggressive acceleration!), these two amateur super-sleuths set out to catch a gang of armed robbers terrorizing G-Ma’s neighborhood… if for no other reason than to stop G-Ma’s panic-stricken calls every time a car drives by. The only problem: they have no leads, no clues, and they accidentally got arrested for “moral crimes.” Will these bandits be the ones who got away? Or will they be Caught in the Crotch?re?