This is so sad. I realized that my poor pup Junebug has gained a bit of weight. She is the latest victim of the Quarantine 15.  She hasn’t gained fifteen pounds, but a pound maybe. She is part Chihuahua and part Dachshund, so a pound is quite a bit for such a small dog. She looks like a fuzzy cylinder with feet. We are a family that supports each other, so now I say we are all on a diet. Just to make us all even more miserable, I will add in exercise. I am not going to go all crazy and get matching sweatsuits, but I will have all of us go for walks each night and no more desserts. It is not an uncommon sight to see someone in the refrigerator freebasing whipped cream from the can and then giving a few squirts the pups. That ends now! It is Monday, and Mondays are for fresh starts. 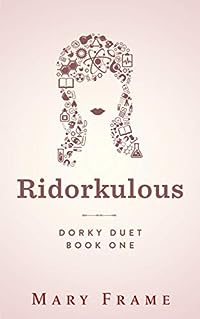 Awkwardland. It’s where I live. And I’m the president, mayor, and sole citizen.

Reese Jackson is living her safest life. This polymath is tired of trying to fit in with a small town that never knows what to do with her. Her absentee family may have forced her into dorm life for her own good, but she goes from her classes to her room and back — no parties, no dates, and no drawing attention.

Until one noisy night, when Reese gets kicked out of her dorm.

Fitz Moreland is living his okayest life. He’s on his own to pay for college, but he’s scraping by with an athletic scholarship and free rent with a friend. If he can keep it together, he’s on track to graduate with a useful degree, especially now that he’s finally said goodbye to his drama-loving ex-girlfriend.

Until one night, when she gets him kicked out of his house.

What happens when there’s one single room left for rent in the entire town and two people who desperately need it? A merrymaking, money-seeking landlord arrives and throws them into a series of ridorkulous challenges to compete for it, of course. It’s the dorky duckling versus the BMOC.

The winner will get a place to live — but the loser may just forfeit their heart. 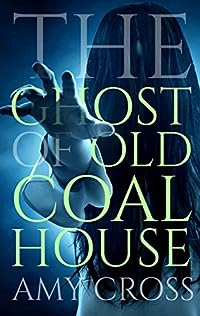 The Ghost of Old Coal House
by Amy Cross

The year is 1843, and Arthur Foreman is on his way to visit his sister and her family for Christmas. Tucked under his arm, he carries the manuscript of a strange ghost story, written by the mysterious Walter Ward of Old Coal House.

Arriving at his sister’s home, Arthur immediately realizes that something is wrong. Elizabeth seems distant and distracted, and she finally erupts in a fit of fury. After being thrown out of the house, Arthur searches through the snowy night for refuge. All the usual boarding houses are closed for the holiday. His only choice is to make his way up the hill and knock on the of Old Coal House, and to ask for a room.

Soon, Arthur discovers that Walter Ward’s tales are not necessarily works of fiction after all. A strange figures stalks the halls and corridors of Old Coal House, tormenting Mr. Ward and driving him to drink. When he sets foot in the house for the first time, Arthur does not believe in ghosts at all. By the time he leaves the following morning, he has discovered the truth not only about Old Coal House itself, but also about a terrible tragedy that once struck his own family. 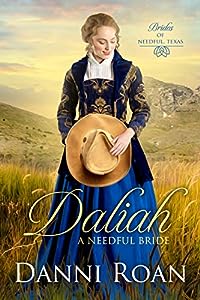 Orphan Daliah Owens has been working for the Smithfield bank for two years without a problem at least until the new manager arrives and her drawer suddenly comes up short. Dismissed from her job and disgraced by a crime she didn’t commit, Daliah seeks a second chance with an elderly couple heading to Texas on a wagon train. Facing the hardships of the trail with bravery, compassion, and faith Daliah quickly endears herself to not only her employer but many of the other members of the band as well. Invaluable in her knowledge of herbs for healing and nutrition she is soon recognized as an indispensable helper to all.

Spencer Gaines, still bitter after the loss of his wife is a hard man to talk to, but his five-year-old son Chad, and greatest treasure is more trouble than he can handle. Determined to finally settle down near his brother in Texas Spencer signs on as a chief scout for the wagon train but his duties often lead him far afield leaving Chad to get into so many scrapes they could both well be dismissed.

Will a devastating accident leave Spencer empty and alone forever or will he not only learn to trust God but also give Daliah his heart? 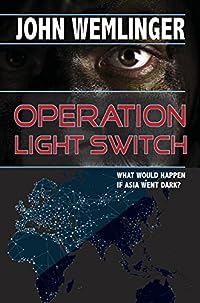 Wemlinger gets it. The nimbleness of our armed forces is as important today as its fire power. OPERATION LIGHT SWITCH is a great read. Enjoyed it from cover to cover. — Mike Kelleher, Brigadier General, US Army (Ret)

Cleveland Spires, a respected and highly decorated soldier, lost his career, his family, and much of his pride when he was sent to prison for a crime he did not commit. Now he’s out, and after returning to his hometown, he stumbles onto a clue that might prove his innocence. That clue leads him to Bangkok, Thailand, where he finds himself thrust into the middle of an international conspiracy that will rock the global economy. What he does next will take all of his courage and an unflinching faith in a system that once failed him.

OPERATION LIGHT SWITCH proves the importance of why we are all told today, “If you see something, say something. — Thomas E. Johnson, Colonel, US Army (Ret) 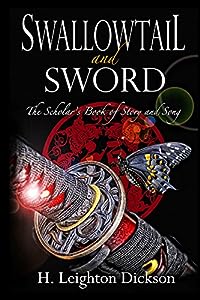 Swallowtail & Sword: The Scholar’s Book of Story & Song (The Rise of the Upper Kingdom 4)
by H. Leighton Dickson

SWALLOWTAIL & SWORD is a collection of short stories based on the characters from TO JOURNEY IN THE YEAR OF THE TIGER. From Ling’s first hour as Empress to Solomon’s last hour in the world of men, these are the events that shaped them, molded them, set them on the Road to Pol’Lhasa and it’s high winged courts. These are the stories of the Captain and the Geomancer, the Scholar and the Alchemist, the Major and the Priest, the Empress and the Ancestor in their lives before they came together to change the world.