There is still nothing on the shelves I nagged and nagged my poor hubby to put up in one little corner of the garage. I had it in my head for weeks that I HAD TO HAVE the shelves, but now I can’t really figure out what I want on them. Maybe I just wanted shelves to have shelves, not to shelf anything. Can we just shelf the idea of what to put on the shelves for right now? Maybe I should shelf shells? I will take a selfie with my shelves when I do. 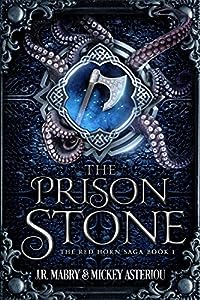 Only one thing keeps an ancient evil at bay. And now that thing is gone…

Through the power of the Prison Stone, the summoners succeeded in banishing the Dark Lord from the Universe. Lost for a thousand years, the Stone has once more been found…

The life of a gentle haffolk is thrown into chaos when he is chosen to carry the Stone from one dwarf world to another. But when the Stone is stolen, his every hope is dashed…

The Prison Stone is the first book in the Red Horn Saga, an epic fantasy that skillfully blends high fantasy, steampunk, Cthulu, and space opera. The magic is unpredictable, the spaceships run on coal, and no power known to dwarf, elf, or man can stop the carnage. Only a hero small enough can save us now.

Prepare to be swept away into a universe filled with magic. 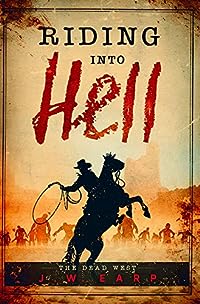 American Civil War veteran Jesse Dillon is trying to recover from the wounds of wars he can’t forget. Some of his scars run deeper than others.

The years have passed by as he chases down bounties to fill his day, and booze to fill his nights… and keep the demons at bay.

Now a mysterious offer from a no-name town with a terrifying problem sounds like it could change his life forever.

And maybe even grant him the peace he’s willing to do anything for. 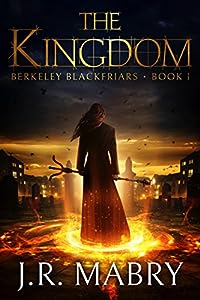 The Kingdom: A Gripping Urban Fantasy: Berkeley Blackfriars Book One
by J.R. Mabry

An unhinged tycoon. A lodge of evil magicians. A plan to steal every child from the face of the earth.

Fr. Richard Kinney is having a crappy week. He’s not at all sure he’s the best leader for the demon-hunting Berkeley Blackfriars, his boyfriend has just broken up with him, and his last exorcism did not go well.

Kat Webber is in over her head. After discovering her brother’s comatose body in the midst of a demonic ritual, her heart sinks as she realizes he was up to something sketchy, maybe even evil.

Reaching out to the Blackfriars for help, Kat and Richard uncover a lodge of evil magickians who make every avocado in the world disappear”then every dog.

It’s a race against time as Kat and the Blackfriars try to stop the magickians from eliminating their next target-every child on earth.

Fans of Buffy the Vampire Slayer, Preacher, The Dresden Files, and the Mercy Thompson series will love this spine-tingling yet humorous supernatural suspense novel. 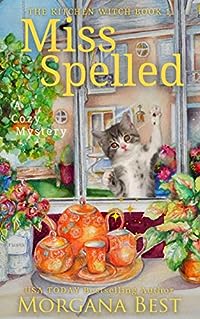 Bewitched meets Murder She Wrote.
Amelia Spelled believes in baking it til you make it… But when her boyfriend dumps her, her boss fires her, and she’s evicted from her rental thanks to one too many cooking mishaps, Amelia finds herself all dressed up with nowhere to dough. Amelia is just about ready to pie for help when a handwritten letter is slipped under her door.
Now she is off to country Australia, where a mysterious house is not the only thing that awaits — there is also the revelation that her ancestors were witches. But if Amelia thinks she’ll have time to process these new developments, she’s dead wrong. There is a murder, and she’s the number one suspect.
Will Amelia cook up a way to solve the crime? And just what — or who — does the dashing man lurking in the shadows want?

Book 1 in a charming and delightful cozy mystery series from USA Today Bestselling and multiple All Star author, Morgana Best. 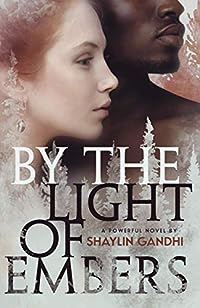 By the Light of Embers: A Haunting Debut Novel of Forbidden Love in the 1950s South
by Shaylin Gandhi

A lush and haunting story of forbidden love, defying expectations, and finding the courage to be different.

It’s 1954, and 22-year-old Lucia Lafleur has always dreamed of following in her father’s footsteps. While sock hops and poodle skirts occupy her classmates, she dreams of bacteria and broken bones — and the day she’ll finally fix them.

After graduation, a letter arrives, and Lucia reads the words she’s labored a lifetime to earn — “we are pleased to offer you a position at the University of Pennsylvania School of Medicine.” But in the midst of her triumph, her fiancé delivers a crushing ultimatum: forego medical school, or forego marriage.

With fractured hopes, she returns home to Louisiana, expecting nothing of the summer of ’54 but sweet tea and gumbo while she agonizes over her impending choice. There, she unexpectedly befriends Nicholas, a dark-skinned poet whose dignity and intellect are a salve to her aching heart. Their bond, initially forged from a shared love of literature, soon blossoms into something as bewitching as it is forbidden.

Yet her predicament deepens when a trivial misunderstanding between a local white woman and a black man results in a brutal lynching, and the peril of love across the color lines becomes chillingly real. Now, fulfilling her lifelong dream means relinquishing her heart — and escaping Louisiana alive.