Really… Just Do It

I haven’t mentioned my bees in a long time. To be honest I haven’t been exactly attentive to them. Life has gotten in the way with pandemics, distance learning, and fires.  It is also easy to not think about them too much when I no longer have bee boxes in my yard. I had two, but one I had to move early last Spring because they were attracting too many swarms. Neighbors just don’t like it when you have so many bees flying around the yards. The second I had to move because they were in the way of the contractors repairing the burned part of my house. That part is still not done. We will not speak about that since it makes my blood boil just a tad. (deep breaths). It is getting close to the time to harvest some honey though, so I am going to have to get off my butt and get to it. Although now it’s been such a long time I am afraid of what I might find. It’s that same feeling when I don’t go to the dentist for a long time. UGH… 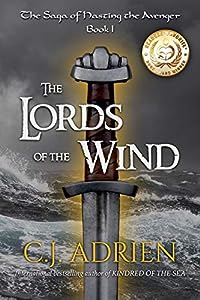 The Lords of the Wind (The Saga of Hasting the Avenger Book 1)
by C.J. Adrien

“For indeed the Frankish nation, which was crushed by the avenger Hasting, was full of filthy uncleanness. Treasonous and oath-breaking, they were deservedly condemned; unbelievers and faithless, they were justly punished.” – Dudo of St. Quentin, Gesta Normannorum

Orphaned as a child by a blood-feud, and sold as a slave to an exiled chieftain in Ireland, the boy Hasting had little hope of surviving to adulthood. The gods had other plans. A ship arrived at his master’s longphort carrying a man who would alter the course of his destiny, and take him under his wing to teach him the ways of the Vikings. His is a story of a boy who was a slave, who became a warlord, and who helped topple an empire.

A supposed son of Ragnar Lodbrok, and referred to in the Gesta Normannorum as the Scourge of the Somme and Loire, his life exemplified the qualities of the ideal Viking. Join author and historian C.J. Adrien on an adventure that explores the coming of age of the Viking Hasting, his first love, his first great trials, and his first betrayal. 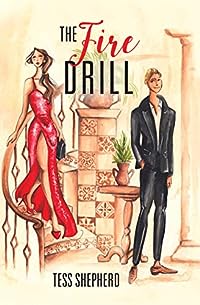 The Fire Drill
by Tess Shepherd

Ivy Watts has it all. She’s drop-dead gorgeous, a smart (albeit rookie) patent attorney, and has the best friend-slash-roommate that a girl could ever ask for. But what most strangers couldn’t know about Ivy is that she loves Italian wine, high heels, and works as a high-end escort three nights a week. Read escort, not prostitute. There’s a literal legal difference- at least in Ivy’s mind.
When Ivy is roped into a job on her only night off in months, she is not impressed. She’s pissed. Worse, her new client’s only stipulation is that his date is ‘educated’. Yeah, with three advanced degrees and a mountain of debt to prove each one of them, she definitely fits the bill.
Given his request for a smart, mute blonde, Ivy is not surprised to find that her new client is an investment banker with eyes that could freeze hell over, a body shaped by the devil himself, and an attitude to match. David Van den Berg is cold, rude, and clearly doesn’t give a damn if she has a brain as long as she acts the part. But when Ivy hits it off with David’s boss at the party that she is paid to attend, she begrudgingly agrees to play the role of fake date for a while longer. After all, the last thing that she is expecting is for David to actually have a soul, let alone a soft side. A soft side that leaves her completely out of her depth and itching to tease more of it out of him.
As broody dislike rapidly transforms into resigned attraction, Ivy and David are both thrown off-kilter by the undeniable fact that they’re impossibly compatible. Ivy is kind, fun, and nonjudgmental. David is cold, brash, maybe even a little emotionally stunted. They’re perfect for each other. But with Ivy’s background as an escort looming over their relationship, will their blossoming love even stand a chance? Of those who know about Ivy’s past, who of them will accept it as a 21st-century woman’s right to do as she pleases with her body? And who will use it to plot against her? Or worse, to plot against David? 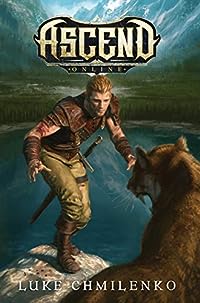 Its time to be the hero you’ve always wanted to be.
Diving into a revolutionary new video game, Marcus and his friends escape a stagnant society, entering into a world that defies their wildest imaginations. But from the moment that he logs in, Marcus finds himself separated from his friends and thrown into remote village under attack by a horde of goblins.

Forced into battle, Marcus rallies the beleaguered villagers and with their help, manages to drive off the invading creatures. With the village in ruins and their supplies spoiled, the survivors desperately turn to Marcus for help in rebuilding the village.

Realizing that this game is nothing like he’s ever played before, Marcus is swept up into a whirlwind of adventure as he struggles to defend his new home, quickly finding that marauding goblins are the least of his problems. 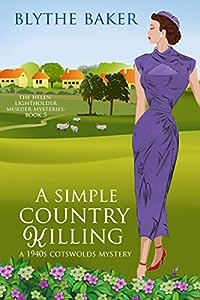 Death, and Helen Lightholder, return to Brookminster with the murder of the village vicar. As Helen investigates the ghastly crime, she soon finds herself a suspect of the local police. To clear her name and protect her friends, Helen must discover the truth and outwit a devious killer. 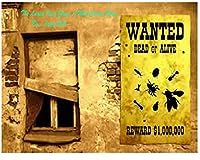 Will Cannon knows that the Lucias King Gang is an outlaw gang of all black men and they have been robbing and killing innocent people in Colorado for two years. He thinks that there is another gang of outlaws robbing the gold trains near Denver, Colorado and he hopes this is the Blackman Gang. Blackman and his gang of cutthroats killed Will’s family and Will will not rest until Blackman and every member of his gang are dead. Will enlists the help of a group of bounty hunters to fight the outlaws and he helps the beautiful Becca Pullman get revenge on the Kansas Jawhawkers that murdered her husband.