Let’s Shelf That For Now

The purge continues in the Book Basset household. If this quarantine lasts much longer, there will be nothing left in the house. Being stuck at home for so long, I realize just how much stuff I have and how little of it I ever actually look at. Poor hubby. I had asked and asked for him to put shelves up in one corner of the garage so I could organize the corner. He spent a good hour in a tight little corner, cursing and sweating, because it’s never just a straight forward job. After all his hard work, I cleaned out the area and in the end, I only had one item for the four shelves he put in. I keep telling him I am not done with that corner of the garage yet, but to be honest I am. I gotta find something to put on those shelves, or he will never put shelves up for me again. We just can’t have that. 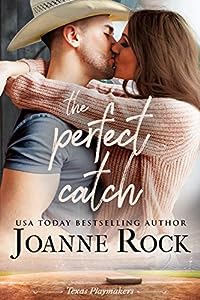 He didn’t think coming home would mean falling in love

Outfielder Calvin Ramsey returns to his Texas farm home after being released from his team, an unexpected surprise sure to tarnish the family baseball legacy. But when he finds a sexy stranger acting as the temporary caretaker for his childhood home, all thoughts of baseball disappear.

She won’t fall for another player

After losing her savings to a swindler ex-boyfriend, Josie Vance moves to Last Stand to start fresh where no one knows her unhappy past or the con that bankrupted her. But her peaceful healing time evaporates when the homeowner’s son arrives and throws himself into life on the farm — and charming Josie. She can’t risk an affair that draws attention to her or her past. Especially not when the public’s fascination with the baseball-playing Ramsey clan is at an all-time high. Can she keep her secrets, her low profile, and her heart too?

I was falling, the air like ice against my face, but a calm rushed over me, like I was finally at peace. He wasn’t going to get me. We were safe…

When eighteen-year-old honor student Lucy Owens discovers her family secret, she must leave the world she knows behind to avoid a fate worse than death.

Dubbed “that weird Owens girl” since grade school, Lucy struggled to find her place in the small, New England town she grew up in. She lived a quiet, sheltered life with her guardians, surrounded by the memories of her ancestors. Lucy bears a striking resemblance to some of these Owens women, down to the crescent moon shaped birthmark on the back of their necks.

Among her only visitors are two young men, Embry and Gabriel, who claim to be friends of the family. When prom night takes a sour turn, Lucy is forced to take shelter with them from a mysterious man hell-bent on acquiring her.

She also discovers that Embry and Gabriel are Gifteds, a subset of humans with supernatural abilities who don’t die until their job is done. In this case, they claim their job is to protect Lucy’s line. But as she gets to know them and her family’s history better, she has to wonder if their ultimate goal is to keep her safe, or to stop the man who’s after her?

Prophecy is a coming of age supernatural novel by Amanda Lynn Petrin. If you like strong heroines who keep fighting no matter how many times they are knocked down, then you’ll love this paranormal adventure. 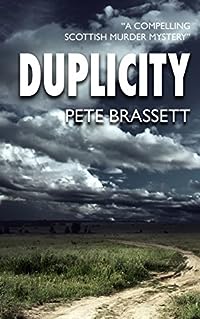 A local businessman disappears during a meal shared by old friends. When he is later found dead, DI Munro must cut through a densely-woven web of deceit to find out why.

The Carduccis and the Buchanans have been best of friends for years, but simmering under the surface are long-held jealousies and disagreements that only the criminal affairs of the men have kept at bay.

When, during a meal, Angus Buchanan steps out of the house to fetch a bottle of wine from the car and subsequently disappears, the police are quickly informed. But when the most likely explanations are ruled out, detectives Munro and West are called upon to investigate possible foul play.

When Buchanan is later found, having suffered a violent death, pathology rules out natural causes and it becomes clear that a terrible murder has occurred.

Faced with the lack of real cooperation from the parties involved, who are clearly protecting their nefarious business interests, the man responsible for Buchanan’s death is found relatively quickly. But when he pretty much laughs in the face of the detectives’ accusations, Munro and West realise that there must be much bigger fish to fry.

In an investigation that takes them as far afield as Oslo, Norway, and into the past of a troubled Polish man, Munro’s dream of a tranquil life in the countryside is further put on hold, and the ever ravenous Charlie West, must continue to battle the ways and mores of a Scottish backwater without losing her cool.

With more red herrings than a Norwegian fishing boat in the sunset, DUPLICITY is a highly entertaining cosy Scandinavian-style murder mystery that will appeal to anyone who enjoys a gripping read where guessing the identity of the murderer is key.

DUPLICITY is the fourth novel by Pete Brassett to feature Detective Inspector James Munro and Detective Sergeant Charlotte West. The books can be enjoyed as stand-alone titles or as part of a series. 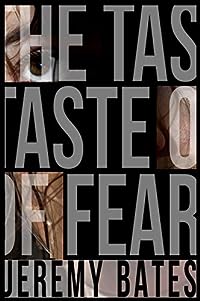 The Taste of Fear: A Thriller
by Jeremy Bates

In the jungle, no one can hear you scream.

American movie star Scarlett Cox and her husband, hotel tycoon Salvador Brazza, head to Africa to get away and resuscitate their ailing marriage. When robbed of their money and passports, they seek help from the U.S. Embassy in Dar es Salaam on the very day Al Qaeda chooses to bomb it.

In an eyeblink they are taken hostage and whisked across the border deep into the Congo, one of the last truly wild places left on earth.

Battling terrorists, deadly wildlife, and cannibalistic rebels, Scarlett and Sal must find a way to survive in a violent, primeval world. And the only person who may be able to save them is the assassin sent to kill them. 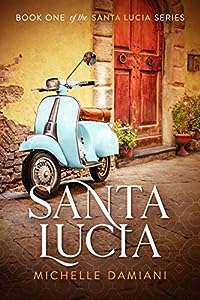 Santa Lucia: Book One of the Santa Lucia Series
by Michelle Damiani

An Italian café. A barista with an eye for trouble. And a village determined to create as much as possible.

Chiara has presided over the espresso machine at Bar Birbo for as long as anyone can remember. In Santa Lucia, this is the only place to go for a cappuccino served with a side of gossip.

The town’s residents rely on each other and feel almost like a family, but their secrets are kept well hidden. While romance is in the air for some, the truth behind the love affairs is far more complicated than anyone can imagine.

When everyone has ulterior motives and unspoken desires, it’s only a matter of time before things finally come to a head. And unfortunately for the townspeople, the revelations could prove deadly.

Can the residents of Santa Lucia survive the inferno of their own making? Or will they burn in the flames?