It’s About The Time

If dreams are supposed to mean something, I am afraid that mine is falling a bit behind schedule. Last night I had a nightmare about being bombarded by huge ocean waves in front of my house. The waves were crashing over me and my friends repeatedly, and I was fighting hard to get my friends out of the path of the water. I would assume that means I had a feeling that my family and friends were in some sort of danger or I had a feeling of being overwhelmed, but in fact I really don’t. Hubby works for the local paper, so he knows exactly where the fires are around here and if any of us are in danger. I also am not falling behind on any work at this time (which is a nice change), so I can only assume my brain is behind schedule. Maybe I am worried that my brain is behind schedule. Now I am worried. 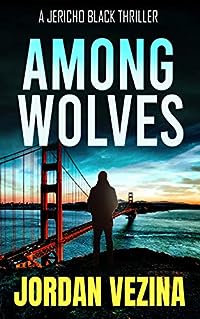 Among Wolves: The Birth Of An Assassin (A Jericho Black Thriller Book 1)
by Jordan Vezina

Born of war. Raised by Nazis. Circumstances have given Will Hessler every excuse to become a monster. Instead, he’s going to become the one hunting them.

All his life, seventeen-year-old Will Hessler has had to live with the knowledge that his mother and grandfather are Nazis – escapees from the Third Reich, living anonymously in the suburbs of San Francisco. Until now, whispered rumors have been the only judgement they’ve ever received.

But when Will’s mother does the unthinkable – bombing a synagogue, killing dozens, and horribly injuring Will’s girlfriend in the process – he knows the time has finally come to choose between family and justice.

Will’s history, past and connections have positioned him perfectly to become the ultimate undercover operative, infiltrating San Francisco’s most vile and extremist groups. But when he learns of a threat that could make the Bay run red with blood, Will realizes there’s one more thing he’ll have sacrifice in order to save thousands: The chance of ever having a clear conscience again.

Among Wolves is the first book in the powerful and intense Jericho Black Thriller series, filled with richly envisioned and conflicted characters, horrific events mirrored by real-life headlines, and a vividly-realized historical setting. 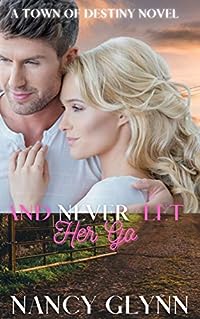 And Never Let Her Go: A Town of Destiny Novel
by Nancy Glynn

Two Callahan brothers, one letter, and one unforgettable woman who changes them forever!

Eight years ago, Erin Donahue had it all–her own city apartment, a career in photography, and a man who’d do anything for her. But things change. Fate steps in. Now, living in the small town of Destiny, IL, Erin embraces her new life, free of hurting anyone else. She’s all alone, and she likes it like that. Independent, strong… and broken. Until a handsome, divorced rancher drives up her lane and drags her back into a past she wants to forget.

A forbidden crush born long ago…
In Afghanistan, Slade Callahan tucks Erin into his dreams and his heart. Guilt plagues him for wanting her when she isn’t his to want. She belongs to his older brother. But when Erin breaks his brother’s heart, she never realizes she’s breaking two. Honor keeps him from going after her. Discharged from the Marines, Slade moves on with his life and lets her go. Until tragedy strikes. His brother is dead.Found in his car with two letters… one to his wife–and one to Erin.

A letter full of hope and secrets…
Erin and Slade come together, fighting a love that won’t let go. Tormented by guilt, shame, anger, and the need to forgive, walls slowly crumble. Setting off a firestorm of buried passions, they embrace the truth in the stars. But their journey is only beginning when the letter is read. Decisions must be made. Is Erin strong enough to accept herself and trust in this beautiful love, or will she repeat history with another Callahan man? 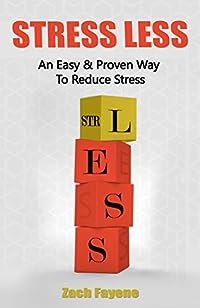 Eight simple principles to help you deal with stress

Pressure can greatly affect our quality of life. In fact, when in high amounts and frequency, it can have destructive consequences both physical and emotionally.

Yet not all of these effects are negative. Pressure at lower levels can also have a positive impact and spur us on to realize our aspirations across various aspects of life.

As adults, we encounter stress at many junctions, without exceptions. This book is dedicated to everyone who wishes to delve in deeper, investigate and comprehend the mechanisms that influence stress.

In simple words and through numerous examples taken from the lives of managers and employees, Dr. Izak Fayena (DBA), who has had extensive experience as a senior executive in a number of organizations, shares his personal journey to understanding the sources of stress:

• What is stress?
• In which ways does it affect our lives?
• How is pressure related to work?
• How can we develop the ability to deal with the effects stress has on us?
Stressless compiles theoretical knowledge together with multiple strategies for coping effectively, presenting eight simple principles we can all practice daily in order to mitigate the negative effects of pressure.

Get ready to fall in love with the cutest gang of dogs
Meet man’s best friends – Bowie, Cleo, and Zaza – each one with its own unique personality.

The Dog Gang Collection is a series of books that teaches children more about our most loyal friends – while also teaching them important lessons they can apply in their own lives.

Your children will learn how to be kind and considerate without seeking affirmation. They will receive lessons about gratitude, unconditional love, and giving without expecting anything in return.

With wonderful, colorful illustrations and insights into friendship and love between dogs and humans, this series is surely going to become one of your child’s favorite bedtime stories. 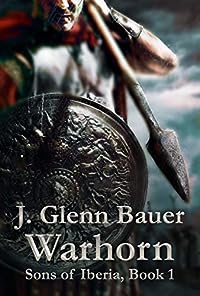 Warriors streamed from the hillsides in ever greater numbers, filling the shore and plunging into the muddy river, spears and shields held high. Warhorns echoed and men bellowed their challenges, confident the young Carthaginian general would end his days on their spears.

After avenging the murder of his family in a raid, Caros’ attempt to return to a life of peace is tragically shattered, leaving him wounded in body and spirit.

Young and bold, Hannibal Barca has begun to mass his mercenary army and rumors of war abound. When he defies an old treaty and besieges the pro-Roman city of Sagunt, Caros joins his army, seeking comradeship and a new life.

From the banks of the Tagus to the battlements of Sagunt; ride with Caros as he learns the way of war and discovers the price of victory.

The first title in the popular Sons of Iberia series