She is a wizard. He is a normal human. She knows that these sweet moments will soon be just a dream. Follow Iman as she struggles with the inner battle to follow the code but also wanting to follow her heart. This enjoyable series with characters you will certainly root for is one not to miss. Enjoy! 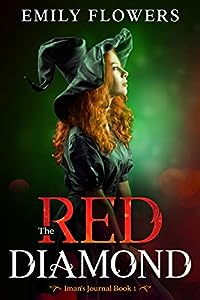 Iman has respected and obeyed her grandfather Charles and his teachings all through her young life. For this reason, Charles trusts her to always be responsible and keep the wizard code of conduct close to her heart, especially the ruling whereby a wizard can never fall in love with an ordinary human. He even gifts her a magical red diamond to keep all humans away from her.

But Troy is so irresistible. This science nerd is the hottest guy in class, and Iman is happy to be scientifically examined by him. Whatever it takes, she wants him! Nothing can hold her back, not even the red diamond!

Charles isn’t your typical grandfather. As the chief wizard, he isn’t someone you can easily outwit. Will Iman be able to keep him in the dark about her relationship with Troy? What price is she going to pay for breaking the “stupid” code? And behind every rule is a story, right? 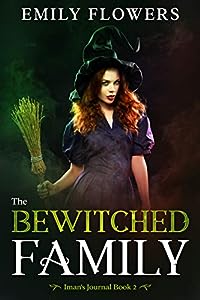 A tough battle between the wizards and the witches is ahead!

When Iman meets Troy’s family, his mother comes across as really sweet and kind in the beginning. However, Iman sees beyond her fake smile and senses there is something sinister about this family. She decides to investigate and the more she finds out, the more she puts herself and Troy in danger.

Standing by is not an option. Iman must confront the dark forces head-on or humankind is doomed. The spell book and the wizard’s wand are ready. A duel is inevitable. But that also means Iman may lose Troy for good…

Things become even more complicated when Troy’s real mom, who was previously dead, suddenly reappears, which is too much for Troy to emotionally cope with… 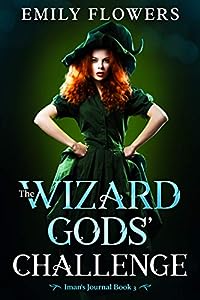 Iman has gone too far with her magic, and now even the wizard gods are infuriated!

It’s Christmas time but Iman is in no mood for celebration. Failing to respect the wizard rules plus playing around with magic all for the sake of love has caught her in a web of trouble with the wizard gods. She is made to face a challenge without using magic, a challenge which is aggravated with agony as she needs to win back Troy, whose heart is already set on another woman, an extremely strong rival, before the New Year begins.

The battle of love spirals between both ladies and should Iman not achieve her goal of getting Troy to love her again, she will be banished to a world of nothingness.

The clock is ticking and Iman is disappearing… 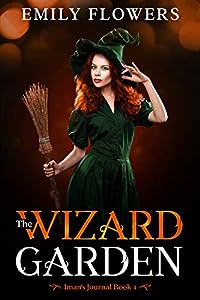 The Wizard Garden is almost like paradise, except that it’s dangerous.

With Iman and Troy’s wedding being a month away, Iman’s grandfather has hired Jarrod, the best wedding planner in his eyes, for them. Jarrod is not only a wizard just like Iman, but also a hot guy. As Iman works closely with him, she secretly develops feelings for him.

Meanwhile, since Iman’s grandfather suddenly suffers from an odd disease, she has to travel to the Wizard Garden with Jarrod and bring back a healing flower for him. While Iman is totally fascinated by the fairies, rainbows and spectacular plants in this dreamy place, little does she know the dangers that lie ahead of her.

Those mythical creatures in this mystical place aren’t going to be friendly, let alone the person who’s plotting a revenge on Iman and her family… 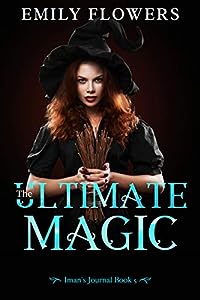 What started out as a fantastic journey has turned into a fight for survival.

Now that Iman and Troy are stuck in the Wizard Garden, they must find their way back home before they’re killed by the dark forces there. Once Iman’s magic is strong enough, she manages to open up a portal, but it’s the wrong portal, which gets them into further trouble. Confused about how they ended up in such a mess, they start blaming each other and wonder if their love will be able to survive this ordeal.

The test of love continues as Iman and Troy finally return to the earthly realm to find that evil pervades Grandpapa’s mansion and a huge battle is awaiting them. The chief wizard’s life is in jeopardy and in a desperate attempt to save him, Iman may have to sacrifice herself and Troy.

Now that Iman and Troy have come this far, will they have their happily ever after?