I Make Them Nervous

I changed my mind, and at that exact moment a silent scream came out of my shade garden. I changed my mind about how I want my shade garden to look. I thought I wanted it to be packed with plants with no ground showing, but then I saw a picture of a guys shade garden that had just a few plants in it, highlighting the beauty of each individual plant. So I put my boots on, grabbed a shovel and out I went into the garden ready to start yanking out a bunch of very happy, well established plants. I tried to take them out as carefully as I could, but after a few seconds of them giving me trouble I would be a little bit more aggressive. I have no patience whatsoever. So far I like the progress I am making, and today I do not have time to be out in the garden, so my plants can get a bit of a break from me. I am so happy I am not a plant in my garden. I would be a nervous wreck all the time. 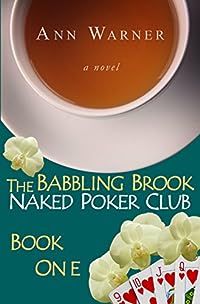 In Book One of this cozy mystery series, a morose parrot with a reputation for biting sums up Brookside Retirement Community for reluctant resident, Josephine Bartlett. But when Brookside turns out to be a setting for art theft, dodgy dealings, and naked poker it becomes vastly more interesting. Josephine investigates the unusual goings on with friend and handwriting expert, Lill Fitzel. And the two befriend a young woman Josephine tries to prevent from making the same mistakes she has made.

Laney Harris thinks there might be monsters in Fairy, Texas.

When her mother remarried and moved them to a town where a date meant hanging out at the Sonic, Laney figured that “boring” would have a whole new meaning.

A new stepsister who despises her and a high school where she’s the only topic of gossip are bad enough. But when she met the school counselor (and his terminal bad breath), things get weird. Especially since he had wings that only she could see.

And then there are Josh and Mason, two gorgeous glimmering-eyed classmates whose interest in her might not be for the reasons she hopes. Not to mention that dead guy she trips over in gym class.

To survive in this small town, she’ll have to learn to wing it.

Fans of Cassandra Clare and Richelle Mead will love the blend of urban fantasy and sweet romance in this paranormal adventure!

There’s no question it was murder. But who killed whom?

What begins as a typical corporate event for magician Eli Marks turns into a twisted mystery when he is called to the site of a recent murder/suicide.

Confronted by the details of the grisly crime scene, Eli must sort through the post-mortem clues – and the bickering of the officials as well as a poorly-timed allergy attack – to determine just who murdered whom.

The request was a first for Eli Marks: “Can you help me make my tuba disappear?”

Magician (and magic shop owner) Eli Marks is confronted with this odd demand just before he is about to close up shop for the day.

Over the next few tense minutes, he finds a solution to that question which also, fortunately, puts him the positive side of what turns out to be a life-or-death situation. 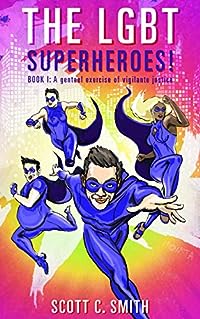 THE LGBT SUPERHEROES!: BOOK I: A genteel exercise of vigilante justice
by Scott C. Smith

Lawless and political thugs are pushing poison on the street and corrupting City Hall. But a new force emerges when four close, quirky friends step up to save their city, proving that the whole can be far greater than the sum of its parts.
Investigative reporters have been chasing down countless conspiracy theories. When they join forces with our superheroes, the united team closes in on the exploding chaos.

THE LGBT SUPERHEROES! BOOK I is written to read like a fun, farcical movie on the page – full of action, drama, romance, humor, endearing main characters, a cool supporting cast, and engaging story lines. Diversity, acceptance and prejudice weave threads throughout, and the reader is taken on an exhilarating ride.

This cozy action-adventure is written for an accepting audience by an LGBT ally.

You have permission to feel good. Own THE LGBT SUPERHEROES! BOOK I today!

Everyone deserves their very own superheroes. 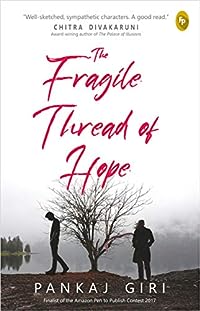 The Fragile Thread of Hope
by Pankaj Giri

Finalist of the Amazon Pen To Publish Contest 2017.

A gripping emotional inspirational fiction about love, loss, and finding hope in the darkest of times.

In the autumn of 2012, destiny wreaks havoc on two unsuspecting people — Soham and Fiona.

Although his devastating past involving his brother still haunted him, Soham had established a promising career for himself in Bangalore.

After a difficult childhood, Fiona’s fortunes had finally taken a turn for the better. She had married her beloved, and her life was as perfect as she had ever imagined it to be.

But when tragedy strikes them yet again, their fundamentally fragile lives threaten to fall apart.

Can Fiona and Soham overcome their grief?

Will the overwhelming pain destroy their lives?

Seasoned with the flavours of exotic Nepalese traditions and set in the picturesque Indian hill station, Gangtok, The Fragile Thread of Hope explores the themes of spirituality, faith, alcoholism, love, and guilt while navigating the complex maze of family relationships.

Inspirational and heart-wrenchingly intimate, it urges you to wonder — does hope stand a chance in this travesty called life? 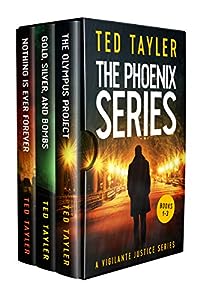 There are only so many outcomes for a man on a mission of vigilante justice.
He succeeds. He gets caught in the process. He dies.
Or he meets like-minded people who believe they must make criminals pay for their crimes
The Phoenix Series begins

Rescued by strangers from a watery grave and given a new identity.
The Phoenix is a stone-cold killer.
An ideal fit for the Olympus Project, a secret organisation fighting injustice.

The eyes of the world are on London 2012.
British security services anticipate an organised terror attack.
Safety is paramount. What if the real danger comes from a lone wolf?

Nothing Is Ever Forever

The action never slows. The tension never slackens.
The Phoenix stares death in the face once more.
Detectives Hounsell and Wheeler return. The past threatens to catch up with Phoenix.