How Would We Know?

I just realized it is September first. OH MY GOSH!!!!!  Do you smell it? I do. It’s PUMPKIN SPICE!!!! Get my pumpkin spice candles out of the cupboard, it is about to get lit up in here!! Okay.. just the candles. I am not going to get lit. It’s 7:30 in the morning and I only just started my second coffee. Plus it’s Tuesday and no one gets lit on a Tuesday. Just to be sure I am using the term “Lit” correctly, I Googled it. Yes.. I used it properly. I wish I actually liked Pumpkin Spiced lattes. The people who like them really seem to enjoy them a lot. I enjoy my coffee, but not to the extreme these Pumpkins Spice Latte people enjoy their drink. Yes, I am jealous. Cake makes me that happy, but not at 7:30 in the morning, and not every day. Did you know the only reason I go to weddings is because there is cake? I had a friend once who said she wouldn’t have cake at the wedding and I immediately put my brain to work to figure out how I could sneak in a piece of cake just for me. She later told me she was having an ice cream sundae bar. It was delightful and I spared my purse the threat of having a piece of cake in it. So it is September first. I am clear to decorate for Fall. If I didn’t… would Fall really even happen? How would we know it’s Fall if we aren’t allowed out of the house? Get my ceramic pumpkins… it is time.

A pastor with a kind heart. A black op with a deadly aim. All wrapped up in one amazing woman…

When you’ve given your conscience to God and your country is in peril, how fiercely are you willing to fight? This is the question for Leona Foxx, who leads a double life. She is unwillingly called back into CIA espionage while serving as a parish pastor on the South Side of Chicago. Leona’s skills as a defender of America against threats both foreign and domestic conflict with her conscience, a conscience shaped by her faith and her compassion for both friends and enemies.

In this, her first adventure, Leona uncovers a terrorist plot hatched by American mercenaries who intend to blame Iran. She takes off her clerical collar and picks up her .45 Kimber Super Match II to rally a counter-terrorist alliance of street gang members and professional crime fighters.

Discover how even a saint cannot avoid sinning boldly. Get your copy of For God and Country today! 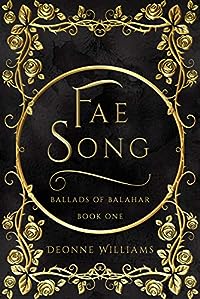 Her music is magic, but power comes with a price. Can she defeat inner demons and the dark forces of a demi-goddess?

Gwynn has finally joined the ranks of the most prestigious guild of bards. Eager to explore the world and create her musical legacy, she heads to the dazzling city to impress with her skills. On the road she encounters an elite warrior wounded in an ambush, she is forced to turn her peaceful journey into a dangerous quest.

Can she free her world from enchantment before her soul shatters?

Fae Song is book one of the enchanting magical fantasy series Ballads of Balahar. A wondrous world of mysterious forces, splendid Celtic mythology, and a friendship stronger than time. Perfect for fans of Holly Black and Sarah J. Maas. 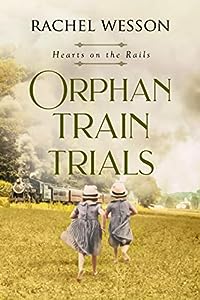 Bella Jones and Kathleen Collins are as close as sisters and that’s how they want things to stay.
But fate intervenes. Kathleen’s brothers have disappeared, they traveled from New York on the Orphan Train and nobody has heard from them since. She can’t shed her gut feeling something awful has happened to them. She goes looking for them but is she prepared for what she will find?
Twins, Megan and Eileen Doyle have lost so much already. Bella can’t let them travel on the Orphan Train alone. She must confront her fears and deal with her past. Can she keep the girls safe or will they too fall victim to abuse?
Both Bella and Kathleen are tested in ways they never dreamed possible. Will Justice prevail and allow both girls to get their happy ever after? Or is the cost simply too high? 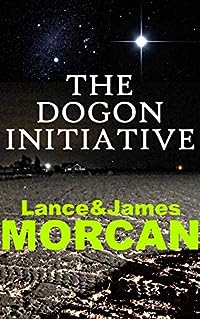 A group of foreign mercenaries hired as deniable assets by a newly-formed humanitarian division of the CIA is tasked with saving Mali’s persecuted Dogon people from genocide. The operation must be carried out in stealth while journeying across some of West Africa’s most hostile terrain. As if all that’s not enough, they are also instructed to help solve an ancient astronomical mystery linked to the pyramids of Egypt.

Nicknamed the Deniables because their existence isn’t officially acknowledged by the CIA, the mercenaries are crazy enough to accept the mission anyway. However, they soon find themselves fighting for their lives when they get caught in the middle of warring ethnic factions in Mali. Their only way to survive is to join with the Dogon in a race against the clock. The stakes are so high that not only could an entire indigenous group be wiped off the face of the Earth, but all evidence that supports advanced ancient technology theories surrounding the Dogon and a lost civilization thesis may be destroyed in the process.

Inspired by a true-life mystery of astronomy, THE DOGON INITIATIVE highlights some of the many myths and theories surrounding the fascinating Dogon people of Mali. In particular, their unexplained knowledge of the invisible-to-the-eye Sirius B white dwarf star, the rings of Saturn and other heavenly bodies, and their rumored ancestral relationship to ancient Egyptians.

THE DOGON INITIATIVE is the ninth novel by father-and-son writing team Lance and James Morcan. Their previous works of fiction include the bestselling historical epics White Spirit and Into the Americas, as well as their modern thrillers Silent Fear and The Orphan Trilogy. 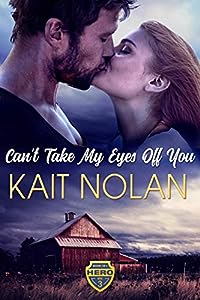 Can’t Take My Eyes Off You: A Small Town Romantic Suspense (Wishing For A Hero Book 3)
by Kait Nolan, Susan Bischoff

Exhausted by the futility of her efforts against the city’s endemic problems and the revolving door of violence in her Chicago emergency room, Dr. Miranda Campbell came home to Wishful, where she knew she could make a real difference in people’s lives. Between her clinic, a rotation in the hospital’s ER, volunteer work at the new women’s shelter, and time spent with family and friends, her life is full. But it’s not too full to notice a sexy lawman when she sees one.

Former US Marshal Ethan Greer is still settling into the job as Wishful’s new Chief of Police, but he’s starting to realize it may be years before he’ll ever be considered one of the locals. Fair enough. He’s the first to admit that making the shift to small town policing is a big adjustment. After losing his marriage and almost his life in line of duty, the slow pace of Wishful is a change he’s happy to make.

While Miranda’s and Ethan interest in each other is mutual, he’s not sure about taking on a serious relationship. That’s just fine with her. But when Miranda is targeted in an escalating chain of threatening events, Ethan’s Marshal instincts go on overdrive. Miranda’s rose-colored view of Wishful is putting her in danger. She’s become more than a casual fling or a job responsibility. With Ethan’s training screaming at him to put her in protective custody, can he find out who’s behind the threats before he pushes Miranda away?