My first thought this morning was, “I hope we get to see the sun today”. Well, that’s a downer of a first thought. As you saw from the picture I posted yesterday, things have been a bit glum around here. I was really disappointed when I realized that there were no butterflies fluttering about in the garden. I wonder where they were at. The day before I was very excited to see a Monarch Buttery in my garden for the first time. I have been working pretty hard to attract them, and was thrilled to actually see one land on a Butterfly Bush. I tried to grow milkweed from seed last Spring, but the greenhouse burned down. I would like to blame my lack of milkweed on the fire, but in all honesty, I wasn’t very successful growing much of anything from seed. I have decided seeds in a greenhouse just aren’t my thing. Bulbs are the way to go. I bought about seven bags of Alliums for the front yard. My plan is to make it look like the front yard was kissed by Dr. Seuss. Happy thoughts for when we are finally out of this horrid fire season. 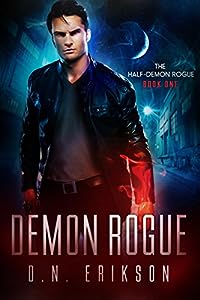 I’m Kalos Aeon. I’ve been around for longer than you could know – and most people don’t want to know me, being half-demon, and all – but right now I’ve got a big f’in problem.

A woman just came into my office, and I gotta say, from the photo she slipped me, someone’s got a serious issue with the supernatural.

Life expectancy is looking kinda low if I don’t figure out who’s kidnapping magical creatures, selling their blood and trying to reveal magic’s existence to the mortal world. Last time that happened it didn’t end well. I’m not optimistic about this time, either.

Joke’s on me, anyway, for setting up a magical salvage and retrieval business. 50% of an item’s magical essence and a per diem can’t cover the damages this job is gonna inflict.

Money and magic aren’t of much use to a dead man. And If I didn’t have a code (yes, I’m a demon with a code), then I would jet out of Texas faster than a vamp at a sorority party (you don’t want to know).

But I agreed to the gig, she paid the cash, so I gotta see it through.

Did I mention the super-powerful wiccan – who I used to have, ahem, relations with – just returned from a long hiatus in a place worse than hell? And she’s still obsessed with finding a certain god’s spear that I may or may not have.

Seriously. This situation is code red. I’m almost willing to accept help from wizards. On second thought, no wizards. I hate you guys. I’d rather die.

So um, if I don’t make it through the next three days, anyone want a talking dog that’s read too much for his own good? Because the way things are going, Argos is gonna need a new home after the spells stop flying… *

*His only request is that you suck less than Odysseus. Apparently the epic poems got that all wrong, and that guy was a major asshole. Or my dog might just be bitter. Tends to rub off when you live with a demon. 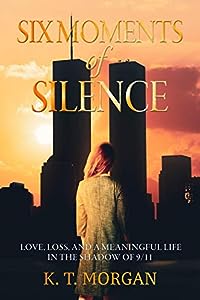 Six Moments of Silence: Love Loss and Meaningful Life in the Shadow of 9/11
by K.T. Morgan

A journey of empowerment out of the fracture and sorrow of trauma
September 11th, 2001. In the worst terror attack in the history of humankind, K.T. Morgan lost a dear member of her immediate family when he was killed in the South Tower of the World Trade Center.

Following this painful loss, her family fell apart. This lead her on a voyage of empowerment and reassessment of her own identity.

Out of the ruins, K.T. Morgan grabbed her life back. She divorced her husband of thirteen years and, as a single mother, set off on a new path to study psychoanalysis.

This psychoanalytical process together with a sense of duty that compelled her to write, granted her a deeper understanding and a new, powerful meaning to the way she wanted to live her life.

In Six Moments of Silence, K.T. Morgan sketches out the complex process she went through on the road to a new life, though the pain and sadness of having lost her cousin Henry B. Gettling never let up. Her touching story provides the reader with important insights into the difficulty and the enormous value of overcoming trauma and distress, to start a new life of freedom. 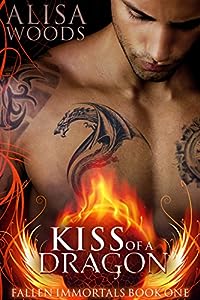 LUCIAN: I am a Dragon Prince of the House of Smoke… and I am dying. Five hundred years is truly enough for a man like me. A monster. Yet a ten-thousand-year treaty will die with me, if I don’t spawn a dragonling to take my place. My two brothers are no use in this task. It falls to me, the eldest by a hair’s breadth, and yet, I cannot face the horror of another sealing. Another death. Another woman’s blood on my hands.

ARABELLA: I was saved from death in a dark Seattle alley by an impossibly beautiful man who swooped in on golden wings. Now he’s taken me to his lair, opened my eyes to a world of immortals I didn’t know existed, and given me an impossible task — find him a mate. Then, and only then, will he set me free.

He needs her more than he wants; she wants him more than she should; and the fate of both the mortal and immortal worlds depends on not just repairing their hearts, but finding a Love that’s True… 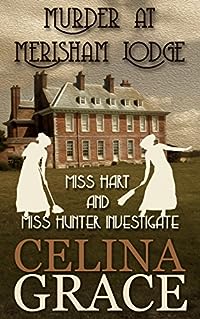 A mansion, a title and marriage to a wealthy Lord – Lady Eveline Cartwright has it all. Unfortunately, it’s not enough to prevent her being bludgeoned to death one night in the study of Merisham Lodge, the family’s country estate in Derbyshire.

Suspicion quickly falls on her ne’er-do-well son, Peter, but not everyone in the household is convinced of his guilt. Head kitchen maid Joan Hart and lady’s maid, Verity Hunter, know that when it comes to a crime, all is not always as it seems.

With suspicions and motives thick on the ground, Joan and Verity must use all the wit and courage they possess to expose a deadly murderer who will stop at nothing to achieve their aim…

Murder at Merisham Lodge is the first in a new series of historical mysteries, Miss Hart and Miss Hunter Investigate, set in the 1930s. The author, Celina Grace, is the creator of the bestselling The Kate Redman Mysteries and The Asharton Manor Mysteries, as well as several standalone thrillers.

Bullets at Sunset
by Alan David

A fight to the bitter end…

Steve Jory inherits the Broken J cattle ranch from his uncle not soon after his old job as a gun for hire comes to an abrupt end.

He rides into Bowie County to take over the ranch, hoping to leave his grim past behind him and find some sort of future for himself.

But Jory soon discovers that taking over his uncle’s path is no easy assignment.

Land grabbing greed has overwhelmed the local ranchers, and Bowie County is rife with trouble.

Jory’s arrival brings things to a head and in no time at all, he finds himself up against Ben Sharkey – an expansionist rancher who is used to getting what he wants.

But while the townsfolk lay the blame for recent troubles on Sharkey’s doorstep, Jory has suspicions about deeper undercurrents to the range war that threatens to erupt.

Jory must get to the bottom of the mess amidst a quickly growing body count and in the face of mounting mortal perils.

If Jory proves quick on the draw, he stands to find himself a sizeable homestead and a beautiful wife.

But who amongst his friends can he depend upon?

Will he end up losing everything that he holds dear?

Bullets at Sunset is a classic western thriller – a captivating tale of gunslingers and cattle rustlers, of taciturn heroes and ruthless outlaws.