I am hungry for lunch, but I don’t have the energy to make lunch because I am too hungry. Vicious situation. I waited for hubby to get up from his desk and go into the kitchen, and I asked him if he was making lunch. He said no, got himself a glass of water and went back to his desk (two feet from the kitchen) I explained to him I was hungry and had no energy, and my asking him if he was making lunch was my way of asking him to make lunch. How ids this not clear? I think he is making a point that he hates when I ask him “IF” he is doing something, and not just asking him to do something. I get it, but unfortunately I am stubborn and find it hard to change my ways. Plus I am hungry and don’t have the energy to fight him. I have decided to just stare at him and see if that persuades him to make me a sandwich. If it can work for Care Bears, it can work for me. 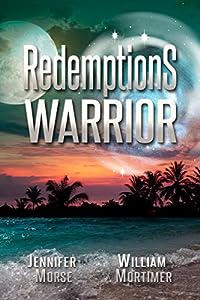 It is during the early 1970s when American teen Christopher Marcos is falsely accused of drug running and is sent to the infamous Tijuana Jail. There he has an altercation with a sadistic guard and is sent to Mexico’s Federal island prison Islas Tres Maris. A prison located 60 miles to sea south west of Mazatlan. It is told that no one has ever escaped, never making it past the marauding sharks or being discovered by the Federales on the mainland.

The moment Christopher arrives in shackles on Islas Tres Marias he meets the warden El Jefe and his constant companion, the bullwhip. Soon he is integrated into the prison community and he befriends Checo the alpha inmate and vital ally. Using his martial arts skill along with his love of cooking, Christopher collects a vital key if he is ever to escape… pesos, money.

One day while working near the island landing he meets Juanita the daughter of a visiting boat captain. She is also the apprentice to Mazatlan’s la Curandera, mystical healer. As their romance blooms the urge to escape is heightened. They plot. Hurricane Olivia looms. 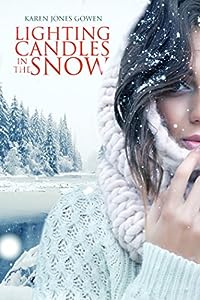 Lighting Candles in the Snow
by Karen Jones Gowen

Newly divorced Karoline London needs to heal and find her normal again, as older sister Suzie keeps reminding her. But what does Suzie, married to the ideal husband, know about the shattering effect of living with someone tormented by addictions?

When Karoline meets a handsome new man, things just might be looking up. Until the day she learns about a tragic event in ex-husband Jeremy’s childhood.

Faced with the horrifying experience that shaped the man she used to love, Karoline reconsiders what she thought was real. In the process, she comes to know the true meaning of love and forgiveness.

(Caution: Due to the serious themes in Lighting Candles in the Snow it, unlike Gowen’s other work, contains some profanity as well as scenes that may be too graphic for some readers.) 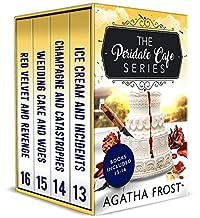 “This series grabbed me right from the start. I just love the characters!”

After nearly a year of being engaged, the time has finally come for Julia and Barker’s wedding, but like most things in Peridale, things don’t exactly go smoothly. Julia wakes up late on the damp and grey morning of her wedding to find that her cake has been ruined, her flowers are the wrong colour, and the cars are stuck in a flood. However, all of that pales in comparison when the choirmaster, Gloria Gray, drops down dead during her solo in the middle of the ceremony.

With their wedding ruined, Julia and Barker must pick themselves up again, but they soon find purpose when Gloria’s best friend, Flora Hill, begs them to investigate Gloria’s death. Julia soon discovers that Gloria’s dictator-style running of the choir created more than a few enemies, and when the police confirm that the bossy choirmaster was poisoned, Julia vows to solve the case. Who killed Gloria, and more importantly, why in the middle of Julia’s wedding? 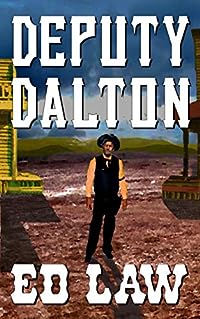 As a wanted man, Dalton never expected to find himself working as a lawman. But that’s just what happens when he rides into Green Creek and the alcoholic Sheriff Holstein press-gangs him into becoming his deputy.

Dalton has no choice but to accept the assignment and soon discovers that the whole town has turned against the sheriff. And if that isn’t bad enough, Sharky Bigelow’s spree of cattle rustling is reopening an old vendetta and shattering the town’s peace with a wave of lawlessness.

To bring peace to Green Creek, Dalton must restore faith in the law. But can he succeed with nobody to trust but himself? Will the deadly aim of his six-shooter be enough? 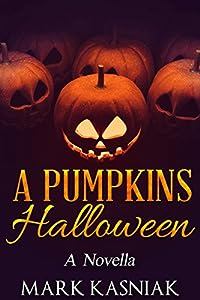 A Pumpkins’ Halloween: A Novella
by Mark Kasniak

A Pumpkins’ Halloween is a wonderful tale that embodies all the right attributes that sum up the spirit of the holiday of Halloween. Ghosts, zombies, vampires, maniacs, witches, and talking jack-o’-lanterns all take turns playing different roles in this multi-storied novella. A Pumpkins’ Halloween brings to you everything you remember that was fun about Halloween along with a good dose of dark humor, while at the same time scaring and sickening you with its real-life tales of depravity.

A Pumpkins’ Halloween follows the storytelling of five jack-o’-lanterns as they come to life on Halloween evening. As the jack-o’-lanterns banter back and forth while giving each other grief, they find themselves forced to look out on the street because, after all, they’re stationary, they’re pumpkins. As Halloween progresses, each jack-o’-lantern takes turns telling a story in celebration of the holiday and one will ultimately be judged the winner at night’s end. However, there is a stipulation. Each story has to be about the trick-or-treaters that the jack-o’-lanterns watch passing them by as they go about in search of candy. Also, each story gets to be picked by one of the other jack-o’-lanterns for added difficulty.

The tales the jack-o’-lanterns tell focus on such taboo subjects as a father who is not very good at being one, a little boy who likes to play with matches, a woman who doesn’t enjoy the company of children, not even her own, and a psycho killer who likes to target trick-or-treaters for his murderous games.