When I am out alone on my bike rides or walking the dogs, I often wonder what the other people on the path are thinking. I always assume it is something thought provoking or very adult like. Me? Yesterday while out riding I had a full conversation with a talking frog. I imagined a frog jumping out onto the path and asking for help. He was not really a frog, but a cursed man, and was afraid he was going to get eaten if he stayed outdoors for much longer.  I spent the ENTIRE ride trying to figure out what questions to ask a talking frog to make sure he was not evil, and it was safe to bring him home. I kept running into the issue of him lying to me and saying exactly what I wanted to hear. This was troubling me. I know there are riddles out there about just this sort of thing. I was seriously considering doing a bit of research to see what question I should ask if I ever find myself in such a situation in real life. Seriously???? These are the questions in my head!!??? 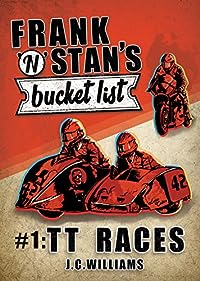 • ‘You don’t need to like bikes to love this book. I laughed, I cried, I smiled. Truly, one of the best series of books I’ve ever read!’

• ‘This is my new favourite author. Feel-good brilliance that makes you a happier person!’

• ‘Seriously, if this book doesn’t make you giggle snort there’s something seriously wrong with you. Inspired comic genius!’

The hilarious sequels – Frank and Stan’s Bucket List #2, #3 and now #4 are all now available on Amazon

The doctor gave him the news he didn’t want and Frank’s discovered the worst kept secret in Liverpool; that his wife’s fitness instructor is providing her services that extend beyond the gym.

With time a dwindling commodity, Frank decides it’s time to do something he wants to do. With a little encouragement from his oldest friend, Stan, the first destination for his ‘bucket-list’ is the Isle of Man TT Races.

They were content to just spectate, but fate had other ideas.

Get your engines revving for the funniest series of books you’ll read this year! 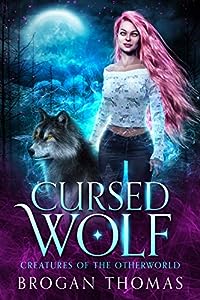 … being stuck in wolf form is torture.

The moment I shifted; my life changed.

After witnessing a traumatic event at a young age, nine-year-old Forrest shifted into her wolf form – and was unable to shift back. Years later and suffering at the hands of her malicious step-brothers, she stubbornly clings to the hope that she’ll turn back into the girl she once was.

But when her magic returns at the moment she needs it most, Forrest is thrust back into the world of humans. There’s only one problem. Her pack is out to kill her.

Struggling to learn how to walk and talk again, Forrest finds herself on the run from the cold-blooded shifter council. But hidden deep within her human form lies a secret – a powerful magic that has the potential to set her free.

If only she can stay alive long enough to master it…

If you love high-octane Urban Fantasy with shifters, suspense, and one young woman fighting for her independence amid a dangerous patriarchal world, then you won’t want to miss Cursed Wolf. This thrilling novel strikes the perfect balance between humour, friendship, and slow-burn romance. 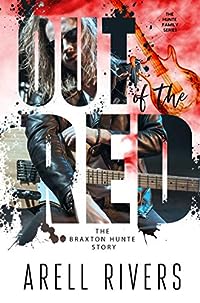 Out of the Red: The Braxton Hunte Story (The Hunte Family Series Book 1)
by Arell Rivers

One unexpected moment that turns everything upside down.

And that’s only the opening act.

Brax has been on tour for a decade, and some may say he swallows obstacles for fun. Well, maybe he does — he’s never encountered a riff he couldn’t handle, a treasure he couldn’t score, or a woman he couldn’t conquer. No one, especially not a buttoned-down rule-follower like the band’s new tour accountant, is going to change him.

Accountant Sara Anderson is an unabashed stickler for the rules…

Sara’s worked nine long years to make partner, and only one thing stands between her and her goal — Hunte. Now she’s going on their tour to whip the band into financial shape. So long as she gets them out of the red, the promotion will be hers. Those bad boys of rock will be tamed, no matter how yummy their lead singer is.

Passions collide, and lives are permanently altered, in this enemies-to-lovers, slow burn standalone romance set in the mid-1990s — when grunge ruled the airwaves and women partners were as uncommon as those new mobile phones. 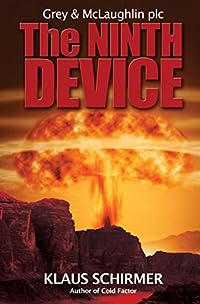 One e-mail, one visit to Rome, and Michael Grey and Billy McLaughlin are faced with a horror scenario. A nuclear device has found its way into the hands of a
German terrorist organisation. The target? Israel. The consequence of a successful detonation? Annihilation of the Middle East and the re-shaping of world order.

Working together with the Israeli Mossad to find the rogue nuclear device, Grey and McLaughlin uncover a sinister plot that reaches far beyond a German terrorist organisation. Hatched by The Patriots, a group of wealthy industrialists, the scheme calls for massive escalation of the conflict in the Middle East. The financial rewards are immeasurable.

It has to be stopped. 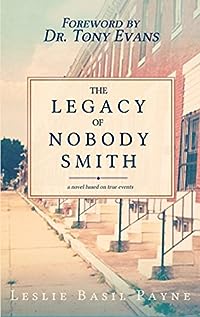 The Legacy of Nobody Smith
by Leslie Basil Payne

Dr. Tony Evans’ foreword to “The Legacy of Nobody Smith” honors the life, love and ministry of his uncle, the Reverend James “Smitty” Smith – “a major influence and model” during Evans’ growing up years in Baltimore.

The faithful father: Charlie Smith’s lean body and broad shoulder are proof he’s a hard worker. He’s a hod carrier. All day long he carries bricks and cement to the skilled workers on the construction site. In Baltimore’s summer heat and humidity or raw winter winds, Charlie carries his load humming hymns, grateful to be able to provide for his family during the Great Depression.

The troubled teen: Smitty Smith is a happy, energetic boy secure in his family’s love. Daddy and Mama try their best to protect Smitty from the ugliness — the cruel prejudice that waits beyond the borders of their neighborhood. Yet on the front marble steps of his home, 15-year old Smitty’s world crumbles when he discovers the secrets his parents have kept carefully hidden. Heartbroken by truth and convinced he’s a nobody, Smitty leaves all he’s ever known and runs away into a world at war with Hitler.

The unprepared pastor: Decades later corporate professional Irv Basil follows God’s call into the ministry. Seminary prepares Irv for many things – being a white pastor in Baltimore City is not one of them. When he encounters trouble and needs rescuing, Irv reaches out to an experienced pastor named Rev. James “Smitty” Smith. But Smitty and Irv are about as opposite as two men can be. And all Smitty’s life he’s never had a reason to trust a white man. Why start now? What difference would it make?

Based on interviews given at Smitty’s kitchen table, this biographical novel about fatherhood, faith and friendship is rich with history and humor told in Smitty’s unique voice. So pull up a chair. Join Smitty at his table. And witness the life of an insignificant nobody discovering he’s actually the cherished child of a loving God.

Author Leslie Basil Payne says, “You will love Smitty. During our interviews he was old and ill, yet he looked back over his life with such gratefulness even though some memories were painful. The young nobody who knelt as he shined shoes became a man who stood for the Lord. Smitty’s life proves anyone can find purpose and value as God’s child.”