I am filled with joy! JOY!!!! I have been fighting the neighborhood cats pooping in our front yard for years! They poop right outside the window and it stinks! Anyone who walks up to my front door, gets a horribly strong whiff of cat poop. GROSS! My sweet kitty Sinny stays inside and only poops in his box. It was the last straw for me when I saw three piles of fresh poop in my newly redone front yard. THAT WAS IT! While I was losing my mind, hubby got online and ordered a motion activated sprinkler. The box was barely off the delivery truck and hubby was already setting it up. MAGIC! That, and a crazed wife is reason enough to get the job done as fast as possible. This morning the cats were let out and they made their way to my yard, like they were commuting to work. As soon as their paws got withing the sensors rage… click…. SPRAAAAAAAAAAAAYYYY! How about a quick shower Mr. Kitty!!! BWHAHAHAHAAHAHA. The other cats didn’t need to test it out for themselves. They got the hint. 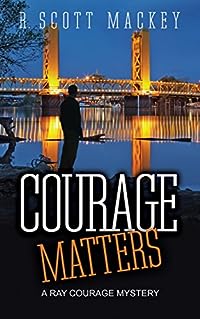 “‘The Breaking Bad’ of the Private Eye Genre.”

Rookie Private Investigator Ray Courage is asked by “Stockbroker to the Stars” Lionel Stroud to investigate an employee who’s been acting suspiciously. Ray soon learns that not everything is as it appears at Stroud’s firm. When his investigation uncovers a possible Ponzi Scheme orchestrated by Stroud himself, two people are murdered and Ray becomes Suspect Number One. Ray needs to find answers fast to avoid prison… or death at the hands of the killer. Complicating his efforts are threats from the son of a Mexican drug lord, hostility from an octogenarian with a penchant for lap dances, harassment from a cop bent on putting Ray away for life, and a rekindled love affair with Stroud’s daughter. 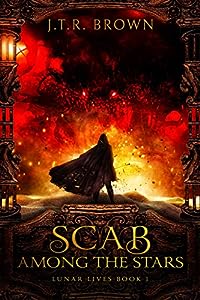 Scab Among the Stars (Lunar Lives Book 1)
by J.T.R. Brown

Each moon orbiting the planet Chancel is the sovereign domain of one of the gods, and when a human dies on the planet, they are resurrected into lunar life on the moon of their tribe’s deity.

For Rin’za, an initiate oracle of a time-scrying agency, life on Chancel is peaceful and predictable. Then he receives a prophecy that a child sacrifice from millennia ago will return to Chancel with a warning that Mukjal, the god of death, is plotting an attack that will claim both the first and lunar lives of all Chancelites.

To thwart the plans of the bloodthirsty god, Rin’za and a party of unlikely heroes must find the child and travel to Mukjal’s hellish moon, Scab, to find proof of the plot. Can twin warrior-priestesses, one disfigurer, a dead child, and an initiate oracle survive the horrors of the death god’s realm? If they bring back evidence can they convince the bickering tribes of Chancel to unite against an unprecedented threat? 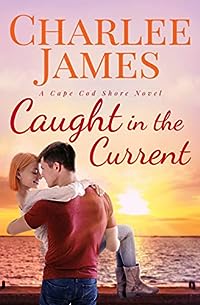 Retired Marine Jason Hall is a force to be reckoned with. When his nephew Luke is kidnapped by his fresh-out-of-jail father, he knows there’s one woman he can count on to help in the search. The last time he saw private investigator Alexandra Macintyre, they were steaming up the windows of her black SUV. Forgetting the scorch of her lips against his hasn’t been easy, but Jay knows the crippling pain of betrayal far too well.

Alexandra Macintyre is no stranger to tragedy. Haunted by her past, she seeks redemption by helping families find their loved ones, hoping their outcome is different from her family’s misfortune. Alex and Jay make a formidable team as they band together to rescue Luke, but the road trip south tests their emotional stamina. Alex is used to being alone, but Jay gives her a taste of the love and belonging she’s never dared to hope for.

Will Alex be able to make peace with her tragic past for a future with Jay?

Bad Day for the Hangman:
by Jeff Breland

AFTER KILLING ONE OF TWO OUTLAWS, STONE CHAINS THE SURVIVOR TO THE BARS OF A DILAPIDATED JAIL. THE NEXT MORNING, THE KILLER IS GONE.
Preparing to chase the worthless varmint again, like it or not, he will have a woman bent on revenge riding alongside him. Things get precarious as they pursue this killer along the Canadian River.
Stone rides into a sleepy little town in northern New Mexico. He’s not sure he’s on the right trail of the gunslingers until they take a shot at him. He is forced to kill one after taking them into custody. After placing the surviving prisoner in the town’s ramshackle jail, he meets a Mexican lady who has a personal vendetta against the killer. The hanging she anticipates witnessing is foiled when the inept local lawmen allow two lowlifes to facilitate a jailbreak.
As Stone prepares to track this killer for the second time, the Mexican lady insists on accompanying him. She informs him that she intends to kill this animal herself. At first Stone refuses, but she is not to be denied. She will either ride alongside or follow behind. Given no choice, he relents.
As they chase this desperado along the Canadian River in northern New Mexico there are times Stone is glad the woman is along. Other times he’s not so sure. 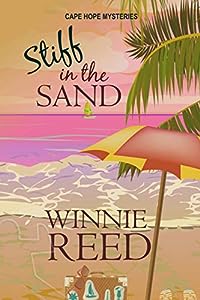 New jobs can be murder…

At least, that’s what it seems like to Emma Harmon of Cape Hope. She’s got a new job blogging about food and she’s super-thrilled to be traveling to a new resort to sample the fare and meet local celebrities. One of who is First-Kiss-Robbie. The first boy to kiss her, he’s a famous chef now.

She finds out her photographer is a hot guy with a major chip on his shoulder. More like an iceberg, considering the way Deke treats her.

She’s not so thrilled when she discovers a body in the sand dunes. One with a knife sticking out of him. A chef knife. Robbie’s chef knife.

She’s even less thrilled when she makes the mistake of handling the knife.

Now, she’s under suspicion and Detective McHottie’s got his eye on her — and not in a good way.

Can she find the real killer before she becomes his target?