California is on fire again. It’s what we do. We even call it fire season, as if it was some crazy holiday. Instead of decorating, though, we pack. We have a list as well, but it’s not so much a gift list, but a list of thing we need to have at the ready if we get evacuated. Needless to say, it’s a pretty crappy holiday. When it starts, it is all we hear about twenty four hours a day, seven days a week. It’s also the only conversation anyone has, and it’s very easy to get burned out on it. Oh my gosh.. I did not just say that… burned out on conversations about fires. HA! I am not sure if it is a good thing or a bad thing, but my hubby is the one that maintains the maps that track where the fires are for our local newspapers. Readers can check the maps for the fire’s location and any progress on containing them. It’s great for me knowing that hubby always knows where the fires are, and if we or any of our loved ones are in danger. Sooo every day….all day long… fire maps, fire maps, fire maps. It’s become a four letter word in our house. We even sing it like Dora the Explorer, which, despite it’s cheerful sing songy tune, doesn’t make it any better. If I want to get on hubby’s nerves I ask him how his fire map is doing and is it tracking any fires. Stupid, I know. But it makes me giggle. I don’t think he is paying enough attention to me. I’m gonna ask him right now about his fire maps. HAHA 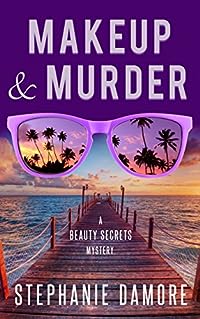 Beauty and lies collide in this fresh and flirty mystery series.

Client’s secrets can get you killed.
A lesson girl boss, Ziva Diaz is learning the hard way.

When she’s attacked inside a client’s home and wakes to find a dead body, Ziva gives up the safety of selling lipsticks for the dangerous role of detective.

With suspects piling up, a killer on the loose and her own life threatened, Ziva needs to solve the case before her high heels turn toes up.

Good thing she has her fashionable best friend, Aria, the cute deckhand, Finn, and the feisty Mrs. J. to watch her back because it’s all hands on deck in this humorous, romantic mystery. 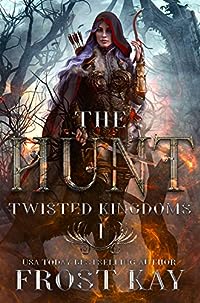 The Hunt (The Twisted Kingdoms Book 1)
by Frost Kay

Death marked her from her very first breath.

Being sired by a Madrid is supposed to be a blessing, but for Tempest, it’s a curse that leaves her orphaned, penniless, and enslaved to a blood thirsty crown on the brink of war.

Found too unruly to become a ward of the court, she’s thrust into the care of the King’s Hounds – the assassins and warriors responsible for protecting the kingdom. Driven by rage and an oath to avenge her mother’s memory, Tempest throws herself into training.

But becoming the first ever female assassin isn’t enough. Now, she must obtain the heart of her kingdom’s most feared enemy – the jester – a deadly shapeshifter hidden in a land twisted by myth and darkness.

Revenge is never easy or cheap. Tempest is willing to sacrifice everything to see justice served. Even her own soul and freedom.

Enter the world of the Twisted Kingdoms at your own risk where monsters wear pretty masks, good and evil are at war, and fairy tales don’t exist. If you love fiery heroines, sexy villains, enemies-to-lovers romance, pulse-pounding action, mafia undertones, and dark fairy tales, you need to discover the new series readers are comparing to Holly Blacks’s Cruel Prince and Leigh Bardugo’s Six of Crows. 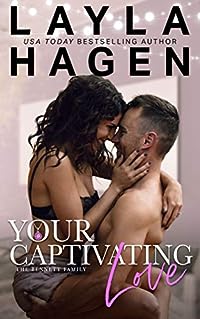 Your Captivating Love (The Bennett Family Book 2)
by Layla Hagen

This book is a standalone. Each book in the series follows a different couple.

Everyone knows my priorities. Logan Bennett, loyal to my family and my company. And that’s all.

No time for love. No desire for it. Not since my failed engagement. I’m done with romance.

Then Nadine Hawthorne waltzes into my life as though she has no idea she’s turning everything upside down. She’s all, “oh, I’m focusing on my clothing company,” and “I can’t afford distractions,” as though she isn’t distracting me from focusing on anything but her.

She’s sexy, she’s captivating. She doesn’t believe in love either.

Clearly, the best way to get each other out of our systems would be to have a brief fling. We’re on the same page about love, after all. Being together is addicting… even if I am suspicious that my family is scheming about us.

Our attraction is fiery, and our connection is undeniable. I’m winning her over, and vice versa. What started as a flirtation is soon spiraling into much more than either of us are prepared for. So when a mistake threatens to tear us apart, will we have the strength to hold on? 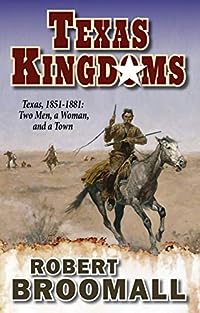 “Texas Kingdoms” is the 30-year story of two men, a woman, and a town.

Will Stewart and Chance Evans come to Texas in 1851, on their way to the California gold fields. Will is poor and determined to make something of himself; Chance is a gambler, determined to separate fools from their money. The two men are attacked by Comanches, and Will is so badly wounded that he can travel no further. He and Chance are forced to winter where they are, and by the time spring comes, they’ve decided to stay in Texas and make their fortunes there. Will painstakingly begins to catch the wild cattle that roam the brush, while Chance sets up a tent by the road where he sells whiskey to travelers and takes their money at cards.

Settlers arrive, among them the beautiful Hope Sommerville. Will and Chance both fall in love with Hope, who will get pregnant by one man and marry the other. As the years pass, Will’s handful of cows becomes a cattle empire, and Chance’s tent becomes Kingdom, wildest town on the Great Western Trail. Will, Chance, and Hope face Indian attacks, war, the loss of children, and the lawlessness of the post-Civil War West. Will’s love for Hope drives him to do great things, while Chance’s love casts him into a vortex of self-destruction and crime, and Hope learns what true love really means. Then one shocking act threatens to destroy them all.

Spanning the period from the Comanche wars to the coming of the railroad and the end of the great cattle drives, “Texas Kingdoms” is a saga of love and friendship and the limits to which people will go for each one. 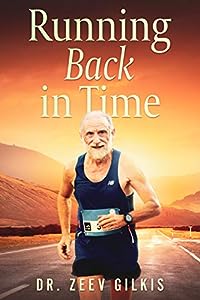 Running Back in Time: Discovering the Formula to Beat the Aging Process and Get Younger (Younger Than Ever Book 2)
by Dr. Zeev Gilkis

Dream big. Set ambitious goals. Attain unusual achievements.
At the age of 68, while still recovering from his second knee injury, Dr. Zeev Gilkis decided to give himself an unusual present for his 70th birthday.

He dreamed of running a full Marathon, and completing the seventh decade of his life seemed to him the ideal timing to do so.

Perhaps this ambitious goal wouldn’t have been so unusual, had he been a very physically active person in his younger years. But Zeev is a cancer survivor who began his ‘career’ in sports relatively late, in his mid-sixties.

As two years is a long time, he set a milestone for his 69th birthday: to go mid-way – running a half marathon.

Along with his plans and dreams he kept a diary where he recorded the ups and downs, practical tips and original thoughts that crossed his mind in this long, challenging journey.

Join Zeev in this adventure and discover that age doesn’t matter. You too can achieve anything you truly dream of.