Gold Star For Me

I have been so good about not going to the hardware store to buy any plants. I am VERY proud of myself. I have shown a lot of self control and I am a wonderful person. (I say all this as I am opening the box that contains the cute little house plant I had ordered on Etsy)

An equine therapist on her family’s horse ranch, Hannah Farraday isn’t looking for a fairytale romance; But when a chance encounter brings police officer Dale Johnson roaring into her world, can this knight in shining armor make her believe in happily ever after?

More on Farraday Country:
Tuckers bluff isn’t done playing matchmaker for the Farradays. Welcome to Hannah, book 8 in the Farraday Country series set in cattle-ranching west Texas, with all the friends, family and fun that fans have come to expect from USA TODAY Bestselling author Chris Keniston. 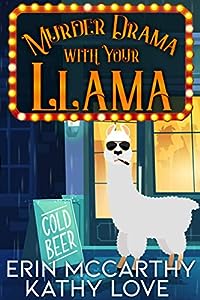 Liquor, lies and llamas in a town called Friendship… what could possibly go wrong?

Out-of-work actress, Sophie LaFleur is ready for a scene change.

When she discovers she’s inherited both a house and pub in quaint Friendship Harbor, Maine, she’s thrilled.

This is exactly what she needs — fresh start, fresh air and fresh faces.

What she doesn’t need is a trouble causing llama named Jack Kerouac or a hunky, disinterested pub manager who just so happens to live in her guesthouse.

Just when you think it can’t possibly get worse, it does.

Now the new girl in town is public enemy number #2. The honor of #1 currently belongs to her inherited ornery llama, which just so happens to be the suspect in the death of a well loved, elderly man.

Except Sophie quickly learns he isn’t as well loved as she first thought. She also suspects that his death might not have been at the foot of her cantankerous llama.

Sophie didn’t leave the theatrics of L.A. just to be caught up in llama drama… or a murder investigation. 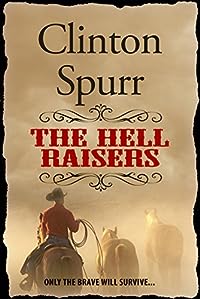 The Hell Raisers
by Clinton Spurr

Jeff Allard owns the Circle A ranch in Pearson County, South Dakota with his father Tom, but there’s been trouble from the moment they arrived. Isaac Hanton, owner of the Bar H Ranch, sees the land as his and his alone – and he’ll do anything to get ride of the Allards.

When three members of The Hell Raisers – one of the most fearsome gangs in the South – come in search of his father, Jeff is astonished to learn he was once their leader. It turns out he’s left the outlaw life for good – but they won’t accept his decision. This won’t be the last they see of the Hell Raisers, especially not if Hanton gets wind of it…

Can father and son live in peace or will Tom’s past finally catch up with him?

The Hell Raisers is a thrilling Western, jam-packed with suspense and action. 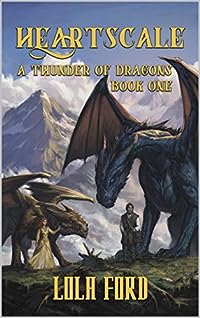 Heartscale (A Thunder of Dragons Book 1)
by Lola Ford

On one side of the world Graith discovers a dying dragon in his barn. While the country is hunting after the monster, he doesn’t hesitate in doing his best to aid her. Before she is even fully healed, Azelia urgently needs to get back to her cave to protect her eggs. Unable to even fly, Graith decides to accompany her, worried of what might happen.

While on the other side, where the future ruler is decided by dragons, Nerie is chosen by the Kiriga, the golden hatchling. Raised as a merchant in the middle district of Roria, she’s shocked to learn that she is the king’s bastard. Thrown into a chaotic palace life, she’s forced to balance learning to be princess and being bonded to a dragon. 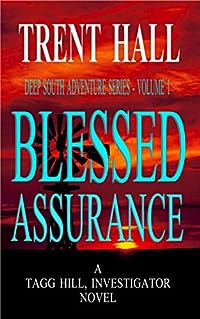 What circumstances could possibly turn a skilled, trained, and educated fire fighter, toward the unseemly and insecure work of a private investigator? This is the story of Tagg Hill, and the first in the deep south series, that sets the stage for all of his following mysteries and adventures. This story also introduces several of the characters and personalities, together with Tagg’s tendency for romantic conquests, that populate this series of novels .

After graduating from Louisiana State University with a bachelor’s degree in fire science, Tagg Hill has learned enough to know that every fire that he would fight to extinguish, would also ignite his curiosity to find out how, and who, caused it. So, he enrolled in the Arson Investigation School of LSU in Eunice, Louisiana.

Seven months later, he was assigned to a county public safety department of the odd ball, sparsely populated, county of Newton, Texas. He was to serve a six-week internship in the sleepy southeastern Texas county. Those six weeks were to change the course of his life forever.

Based in the town of Newton, the county seat, the county fire department, had been melded into the Sheriff’s department, by a power grabbing, ego maniacal politician, by the name of Sheriff Howard Pridmore Ferguson (Known as H.P. Ferguson., and locally nicknamed, High Powered Ferguson).

As disadvantageous as this department melding would play out for the tax payers, firemen, and deputies, it turned out to be to Tagg’s advantage, because it would lead him, stumbling and bumbling, to his true calling, not as a fireman, but as a singularly unique type of investigator.

Tagg had viewed being assigned to Newton county, in the middle of the nowhere part of Texas, as a terrible fate. But as it turned out, the assignment fated him to meet a series of seven women who would also dramatically change his life forever. One would teach him about the pain that we bring on ourselves when we try to possess what is beyond our reach.

A few more would teach him of carnal things, that although he had never dreamed of them, they had been fully within his reach all along, and once tasted, would both curse and bless him, for the remainder of his life. Yet another would begin teaching him a long-term lesson about the sometimes fateful serendipic nature of love. And, a special woman, although already dead when Tagg meets her, will introduce him to the blind lady of justice, whom he would embrace as his eternal mistress.

But, this story belongs to Tagg and all of the people that he encountered in Newton Texas. Out of the group, Tagg’s the one that was engaged in every facet, and walked away in possession of the full story and most of the secrets. Searching for love, justice, and his own purpose, Tagg wasn’t to realize until years later, how much of that came to him that spring, but was hidden by his youthful lust, altruism, and impatience. So, let’s turn the page, and let Tagg himself tell the story, just as he first told it to me.