Getting Caught In The Rain

We got quite the thunder and lightning show last Sunday morning starting around 4am. I can’t remember the last time I saw so many flashes in the sky. I dragged two sleeping baby bassets out of their beds to watch. After just two strikes they got bored and went back to bed. Hubby and I stayed up and counted the seconds between the flash and the thunder. They were all over the board, so it was pretty fun and exciting. This morning the show is back on. I am loving the sounds and the smell of the summer rain. I am starting to wonder if I am developing an affinity for pina coladas. 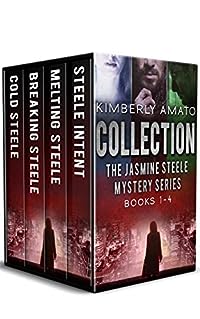 This bundle of Kimberly Amato’s complete Jasmine Steele detective series is made-to-order for fans of hard-boiled police procedurals and badass female sleuths… not to mention bargains! Those who can’t get enough of the exciting new wave of hard-boiled women sleuths, created by writers like Megan Abbott, Laura Lippmann, Lisa Lutz, and Vicki Hendricks will love Amato’s take-no-prisoners style, her unflinching attention to harrowing detail, and her tough-as-nails but soft-hearted detective.

Lovers of traditional mysteries will appreciate the web of fierce loyalty tempered with fearful caution that links Jazz’s tiny but hardy support system — both at work and at home. In every tale, Amato manages to mix all the excitement of an action thriller with the swirling emotions of a mainstream psychological novel.

“Don’t think you’re untouchable… you or your son.” Then a dial tone…

Home is no haven with that that kind of caller on the line. Shrewd, hardened New York homicide detective Jasmine (Jazz) Steele’s just come back from a grisly crime scene involving the body of a brutally-beaten young girl, the second she’s investigated this week. That was horrendous, but with these eight words, ending ominously in “your son,” Jazz’s immediate fear is for her nephew Chase, who’s already been through hell in his seven short years. In Kimberly Amato’s hard-boiled yet deeply emotional police procedural, no one is spared tough breaks and turbulent anguish. A lesser cop than Jazz would barely be able to cope.

In Jasmine Steele’s heartbreaking new case, an entire family’s been viciously murdered. Hard-boiled alert: author Kimberly Amato pulls no punches. The mother’s throat was slit while trying to call for help and the father was shot in the chest, then gruesomely sliced up while still alive, like a scene from a horror film. Also found, the body of their young son, about Jazz’s son’s age, left in the closet with a snapped neck. But it’s the remaining clues to a missing fourth victim–a teenage daughter named Kaley–that leave her reeling. Kaley’s seemingly disappeared without a trace.

Soon Jazz discovers that the family had plenty of disturbing skeletons in its closet. Skeletons possibly warranting hiring a hit man on the Internet.

Gory video game violence comes home to roost when two store managers are brutally murdered in the back room of their gaming shop just before peek holiday season. The corporation that owns the store is doing everything it can to keep the matter quiet — but they won’t succeed if detective Jasmine Steele cracks the case. A fast-paced police procedural that’s as gripping as it is eerily personal. And this one comes with a captivating (although, as Jazz might say, a slightly “nerdy”) bonus: a heaping dose of the fascinating ins and outs of video game subculture. Which is far more murderous than the average reader would suspect.

Jazz gets a rude awakening when a 3-year-old cold case comes back hot. New York City’s “Carnation Killer,” a serial rapist and murderer, leaves his fifth calling card on a woman named Emilia Smith. The calling card? A heart-shaped carving into the woman’s chest and a single white carnation.

Emilia’s last night alive was spent at a college bar that sparks Jasmine’ least happy memory – the very same establishment that served as a backdrop to her own early adult years, a past defiled and traumatized by a dangerous man. Just as Jazz is finally happy in her personal and professional lives, her bone-chilling trauma comes rushing back. And the Carnation Killer is still out there. 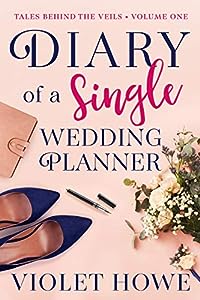 She’s giving up on fairy tales, but does that mean she’s given up on love?

Tyler wants to find a love like the fairy tales she grew up reading, but so far, life hasn’t sent her a Prince Charming.
She’s sick of horrendous blind dates. She’s fed up with obnoxious bridezillas. But when your job is built around romance, it’s hard not to hope for your own happily ever after!

Can Tyler find a real-life love as passionate and true as the fairy tales promised? Or is she doomed to be a single wedding planner forever?

This delightful first volume in the Tales Behind the Veils series chronicles Tyler’s wacky misadventures, both personal and professional. Between the Southern humor and the insightful journal format, you’re sure to be charmed and entertained by the Diary of a Single Wedding Planner. 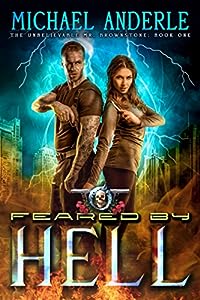 You never mess with a young girl around James Brownstone.

It doesn’t matter what crime syndicate you belong to, that just doesn’t sit well with him.

The world has changed since the news of Oriceran came out twenty years before. Now, countries all over the world have agreed to using a bounty system for dangerous criminals using advanced magic or advanced technology.

People too powerful for the cops to deal with.

Magical criminals, thugs and bounty hunters, in the future we revert to what worked in the past.

if you find out you are hunted by Brownstone, we suggest you turn yourself in.

It will save you a monumental ass-kicking.

Brownstone likes his life simple, but Life is about to throw him a wicked curveball.

Scroll back to the top, and click “Read for Free” or “Buy Now” and kick back for a fun, action packed adventure that will have you yelling for the good guys, and laughing at just how much Brownstone can infuriate Shay.

And how thoroughly Shay mystifies Brownstone.

NOTE: This book contains cursing. Perhaps humorous cursing, but cursing nevertheless. If this offends you, I don’t suggest reading this book. 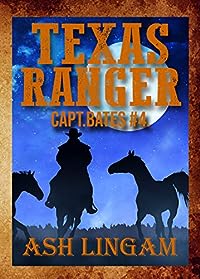 Rustlers ride north to steal all the cattle and horses in the massive herd from the Lazy-Z Ranch as they head for Montana. Will they be able to ward off the outlaws and win the day?
Sheriff Jim Bridges of Dodge City in Ford County plans to rob the First Victorian Bank of 50 pounds of gold. Will he get away with the bullion and retire to Mexico a rich man?
Sally Skull has designs on Ranger Captain Bates and plans to steal the man away from Abigale Burrs, who runs the Lone Star Saloon in Laredo. Who will win the Texan’s heart, Abby or Sally? 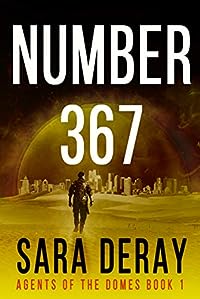 Number 367: Agents of the Domes Book 1
by Sara Deray

Joining Manifest could be the cure for Gavin’s fears.

If it doesn’t get him killed first.

The world inside Gavin Brady’s head is a strange place. The pros? He can tell what an item is made from by touch or sight alone. He doesn’t know how, only that it’s damn useful.

The cons? His life is consumed by his fear of Mods, a fraction of humanity that mutate at puberty, becoming stronger, tougher, and more resilient, gaining advanced senses and accelerated healing.

They began to appear at the same time humanity moved from their open cities under the sky into the domes, protecting them from the harsh changes of Earth’s unstable environment. Many humans have since come to accept Mods as a part of life, but Gavin wishes for nothing more than to live in a world without them.

There are horrors in Gavin’s past, traumatic memories all but sealed away from a childhood he barely survived. All he knows for sure are two things:

A Mod was responsible.

No Mod can be trusted.

Given the chance to join Manifest, a mercenary agency promising him a change from his dead-end job and a possible cure for the fear keeping him bound to the past, Gavin would be a fool to turn it down.

The one part of his contract he can’t stand? It comes with a Mod partner. No exceptions.

But can he ever learn to work with Zach, whose animosity toward humans is the only thing stronger than Gavin’s fear? Or will this new partner be the final straw that sends Gavin back to the psych ward?