With all the anxiety I have been experiencing with.. well.. EVERYTHING, my choice of television programs last night was not my smartest move. You all know how I feel about sharks, so one would think I would avoid Shark Week on the Discovery Channel, like the plague.  Naa… that would make too much sense. I put on my fuzzy jammies, warm robe, and settled on the couch with my pups Junebug and Casper. Two hours of watching just how terrifying sharks are. I was in total agreement with Will Smith as he described his fear of the ocean and sharks. I felt we were on the same page and I was loving it. That is until the very end of the show when he decides to dive with the sharks, and then gets eaten by a lemon shark. Sorry buddy, but if you’re being eaten by a shark, I am out of here! CHOMP CHOMP CHOMP!! See yaaaa.

“A delightful romp through the backstory of ‘Romeo & Juliet.” – Chicago Sun-Times

Cangrande della Scala is everything a man should be. Daring. Charming. Ruthless. To the poet Dante, he is the ideal Renaissance prince – until Dante’s son discovers a secret that could be Cangrande’s undoing.

Thrust into the betrayal surrounding Verona’s prince, Pietro Alighieri must navigate a rivalry that severs a friendship, divides a city, and sparks a feud that will produce Shakespeare’s famous star-crossed lovers, Romeo & Juliet.

Based on the plays of William Shakespeare, The Master Of Verona is a sweeping novel of Renaissance Italy. Filled with swashbuckling adventure and unrequited love, this epic journey recalls the best of Bernard Cornwell, Sharon Kay Penman, and Dorothy Dunnett. 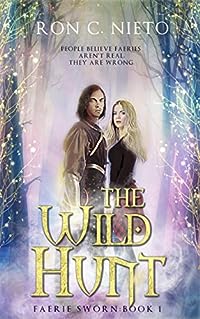 Lily Boyd never suspected the old rhymes and children’s games her grandmother taught her were anything but colorful tradition, and when her mother moved the family to Manchester and forbade her from returning to the Scottish Highlands, she nearly forgets the ancient tales. However, when she returns years later, the memories start to trickle back… along with the unexplainable.

When Lily’s grandmother is kidnapped, strange creatures, dark and terrible, invade her home. Her only savior is Troy, a kelpie, a devourer of human flesh, and darker and more terrible than those who would have killed her. He has his own agenda, his own goals. Troy is her only lead, but can she trust him? Can she learn the rules of the fairy game before losing everything she cares about? 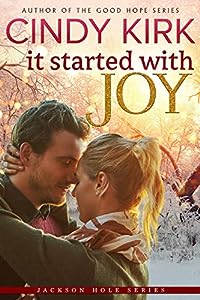 It Started With Joy: A feel good holiday romance to warm your heart (Jackson Hole Book 1)
by Cindy Kirk

Ready to take a chance on love again?

Rachel Milligan fell head over heels… once. Then her happy world crashed in around her, leaving her reeling and wondering if she’d survive.
That was three years ago. The pretty nurse has pulled herself up from the ashes and built a solid life for herself. As a nurse. As a volunteer. As a temporary foster mom.

When ex-baseball sensation Derek Rossi shows up in Jackson Hole for much needed R&R, love is the last thing on the sexy superstar’s agenda. With three broken engagements under his belt, he’s pretty much given up on the whole happily-ever-after thing.

Neither he nor Rachel is ready for romance. But they’re not the only ones with skin in the game. When love blooms, thanks to Joy and the power of a perfectly aimed baseball, Derek and Rachel are forced to face their fears. Will they slide into home plate together? Or walk away? 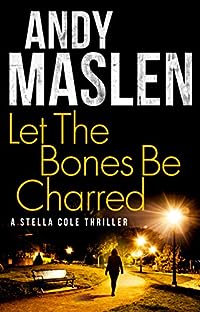 These victims were too good to live…
The glamorous CEO of an anti-abortion charity has been found horribly mutilated and strangled to death in her own kitchen. Before long, the killer strikes again, and again. And now the pattern emerges. The victims are all high-profile Christians. Back from the brink of killing herself, and newly promoted to DCI, Stella Cole takes a call from her sergeant that puts her plans on hold.

Stella and her team at the Special Investigations Unit are racing to stop the serial killer dubbed “Lucifer” by the media, before he can take another life.

To add to Stella’s problems, London’s ambitious Deputy Mayor for Policing and Crime is interfering in her investigation, and someone on the inside is leaking details to the press.

Let The Bones be Charred is the fourth book in this series of hard-hitting crime thrillers. Following Stella’s recovery from the murders of her husband and child, it brings the troubled detective face to face with a serial killer with a grudge against the Church. The action takes place in the long hot summer of 2018.

Can she track down and stop the killer before any more women are murdered? Including the wife of a university professor who may, just, hold the key to the killer’s motivations and methods. 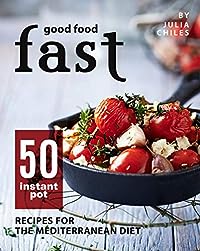 Easy recipes for every level of dieting for all foodies! Vegetarian? Vegan? Gluten-free? There is something for everyone, regardless of experience with Instant Pot. Hone your skills and step up your game with Good Food Fast: 50 Instant Pot Recipes for the Mediterranean Diet.